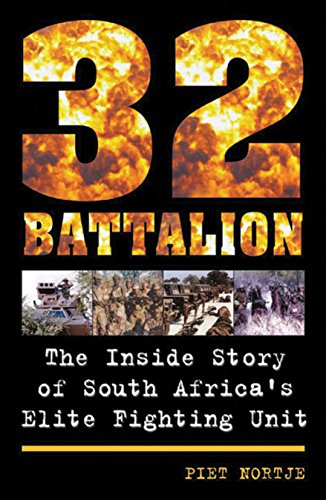 It's still not worth it bud...

I'm really upset that these guys died because of this.

We also did the hearts and minds thing as seen here

And here is a Buffel which was used alongside the Casspir

The hearts and minds was never conducted by our Special Forces A.K.A Recces. We would have our "grunts" SADF troops do that after securing the area yet they would always be patrolling with armoured vehicles to avoid this exact incident that happened to these US troops...

I'm not blaming the troops by the way. This comes from a sad heart to see something like this that could have been avoided.

An MRAP or any other armoured vehicle didn't make much of a difference for us with the Hearts and minds tactics in the Border War in Angola and northern Namibia/South West Africa.

Hearts and Minds will only work if you can convince the locals that they would be better off supporting the US presence and the local government than the insurgents.

We had troops that were teachers in civilian life teaching the local children, we had SADF engineers building irrigation systems and so on which helped convince and win over support in most areas in South West Africa/Namibia. Much like what I believe US and Coalition troops did in Iraq and Afghanistan?

RIP to those brave men and I pray it never happens again under these circumstances.

Thanks man, appreciate that.

Ja I have read several books on the war, I'll list them all so you can maybe pick one up one day.

The South African Border War 1966-1989 by Leopold Scholtz - I highly recommend this book. This is the book that really got me to understand the overall picture of the war although reading the other books and online material as well as speaking to relatives that fought in the war helped fill in the gaps for me.

32 Battalion by Piet Nortje - This book is also excellent. Goes into a lot of detail about personal accounts and experiences of members of 32 Battalion. They were tough buggers, 32Bn was made up of many Angolan nationals that were once part of the FNLA but were cut off and abandoned by their leader Holden Roberto so Jan Breytenbach trained them and thus 32 Battalion was born. Sad what happened to these poor guys after the war... The ANC just prior to coming to power demanded they be disbanded 1993. There is footage of their last parade and disbandment on Youtube. They were real battle hardened soldiers... They deserved better.

Zulu Zulu Foxtrot by Arn Durand - This is a book about his experience in the police COIN unit called Koevoet. These okes were hard as nails driving Casspirs over the enemy insurgents and tied them to their vehicles after killing them. Brutal... There is no such thing as a gentleman's war. No side played fair. SWAPO conducted many atrocities and Koevoet did the same. So it is futile for either side to claim evil yet SWAPO often complained to the UN about Koevoet and when South Africa complained to the UN about SWAPO atrocities which fell on deaf ears. The political bias was clearly evident and is revealed and mentioned many times in every book I've listed here.

Teenage Safari by Evan Davies the memoirs of a 61 Mech mortar man. 61 Mech was South Africa's iron fist our primary mechanized unit. They were the ones that smashed the Angolan and Cubans on the ground time and time again. They were primarily used for conventional battles although they did see some action against SWAPO as well which was almost exclusively COIN/guerrilla warfare.

LZ HOT! by Nick Lithgow - Memoirs of a South African Air Force helicopter pilot. He flew SAAF Alouette III gunships as well as Puma and Atlas Oryx transport helicopters. He also did a stint on the border as part of the infantry prior to receiving pilot training IIRC.

Eye of the Firestorm by Roland de Vries - This is a long one... The memoirs of a Commander of 61 Mech. There is a lot more to say about this book but my comment is getting quite long! It's very detailed and goes into the whole history of 61 Mech and the overall war itself. Though is quite complicated to read at times due to the complex nature of the war and all the operations, units involved and so on.

Recce by Koos Stadler - A book about the Recces (South African Special Forces) and Koos Stadler a very renowned Recce. The accomplishments and actions of the Recces are something else entirely... Ranging from sitting right inside enemy camps to gather intel for weeks if not months on end. To directing artillery and airstrikes strikes over enemy positions deep inside Angola, cutting off supply lines to destroying the SWAPO headquarters, shooting down Russian transport aircraft such as Antonov AN-12's with Soviet officers on board. There are many insane stories about the Recces a truly hard bunch as well as a small unit being only a few hundred members strong IIRC.

Mobility Conquers: The Story of 61 Mechanised Battalion Group 1978-2005 by Willem Steenkamp (Author), Helmoed-Römer Heitman (Author) - Haven't read this one either also very expensive! But apparently a very in depth book about South African mobile warfare doctrine during the Border War.

Mobile Warfare for Africa by Roland de Vries - Haven't read this either but should be a good one since Roland de Vries is one of the founding fathers of South African mobile warfare doctrine and tactics during the Border War.