We found 1 Reddit comments about 75 Classic Rides Washington: The Best Road Biking Routes. Here are the top ones, ranked by their Reddit score. 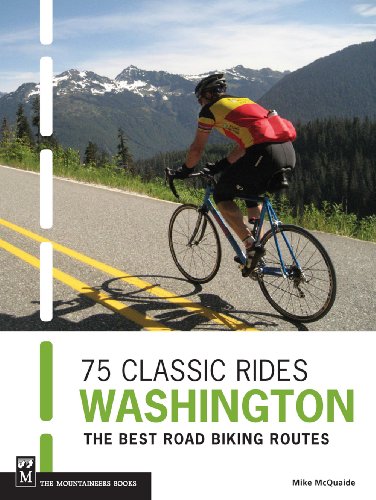 There are more "favorites" than are going to fit in this thread. Here's a site that has many of the classics: http://www.seattlebiketours.org/members/library.html

Another Seattle organization, The Mountaineers, publishes guide books. Pick up "Biking Puget Sound" by Thorness and "75 classic rides" by Mcquaide and you'll know most of what's out there that is really good. (They also do a series called "biking the backroads of Washington" that is really useful sometimes, and us retro-grouches usually refer to things in terms of an out-of-print book called "bakeries by bike" by fred wert that you can usually find on-line or in used book stores.)

It's a little unwieldy on-line, but here's the King County bike map. Here's the one for the City of Seattle. the other counties and big cities in western Wasington have their own bike maps - and even if you aren't inspired by the diagrams you will get the idea that we have a remarkable regional system of bike trails.


Personally I stay away from the Burke Gilman and like anything that goes through Snohomish. And yes, the loop around Lake Washington is popular and not a bad ride. You can ride across I-90, you can't ride across 520 but once they get done replacing that bridge you'll be able to. The interurban trail North is under-rated. There are a bunch of different ways to climb from Green Lake up to Phinney Ridge and I expect you'll get to know them all.