We found 10 Reddit comments about Aliens: Colonial Marines Technical Manual. Here are the top ones, ranked by their Reddit score. 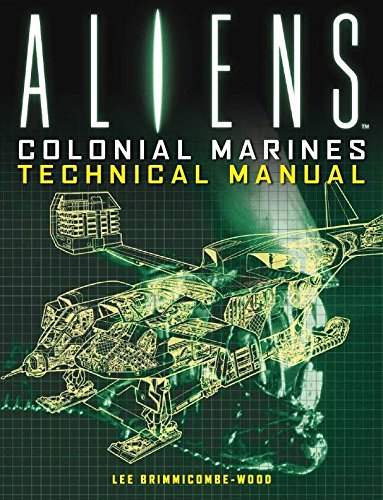 Yes, because when Gorman says "a xenomorph may be involved," he's not talking about the movie's aliens. He's using the word—correctly—to refer to an unknown non-terrestrial form of life. He's basically saying, "There may be non-humans of some sort down there."

(The fact that the marines had never before encountered the aliens and Gorman is using "xenomorph" as a generic term is easily provable, since the marines clearly have no fucking idea what the aliens are, how they reproduce, or how to fight them. If Xenomorph-with-a-capital-X actually referred to the movie's eponymous aliens, then none of the marines would be shocked and yelling "WHAT THE FUCK IS THAT THING" etc etc when the Xenomorphs-with-a-capital-X actually show up.)

Nobody seems particularly surprised that "a xenomorph" is involved, so it seems pretty clear that they've encountered other xenomorphs (i.e., other alien life of some sort) before.

Also, they mention Arcturians in conversation ("It don't matter when it's Arcturian!"), and that seems likely to be another non-human race.

If you want to go slightly non-canonical, the Colonial Marines Technical Manual mentions several times that there are lots of non-human sentients in the galaxy.

The title reminded me of the Colonial Marines Technical Manual, which is a great little piece of world-building.

You may find the Colonial Marines' Technical Manual helpful here -- the United States Colonial Marine Corps has numerous conflicts with other nations, including China and Japan, I believe.

Edit: IIRC, the manual also has a map of showing the "arms" of human colonization (the US has one, China another, etc). Sadly, I do not have my copy with me. It is an excellent technical reference in general though, if you are curious about the workings of the USCMC, and also has a very good section on space combat.

If you want something that focuses a bit less on Giger's Alien work and a bit more on the franchise itself - can I suggest the Colonial Marines Technical Manual ?

It pays heavy homage to the existing franchise as well as fleshing out information about the Marines, their weaponry and a lot of additional stories, reports, quotes, funny comments etc. regarding the weapons and kit found both in Aliens and in the 'universe' as a whole.

Sometime in the 90s, this book was published, and it is still in print.

Giants of the Land, Sea, Air, Past &amp; present. If you are talking about fiction, I very much liked the Whoever Heard of a Fird, Catwings, Ghost Train, the Hitchhiker's Trilogy, and the Aliens: Colonial Marines Technical Manual at various stages of my childhood.

When running an Alien themed game I find the Colonial Marines Technical Manual and The Weyland-Yutani Report very useful.

If you're running a game based on a movie IP, you can usually find similar books for them.

Is that from this book?

If you can, you should definitely check this out.[USCM technical Manual] (https://www.amazon.com/Aliens-Colonial-Marines-Technical-Manual/dp/1781161313)

Also the weyland-yatuni report &amp; the ultimate guide to the classic films.

you should look in to the Colonial Marines Technical Manual. it goes in to how battles in space are fought. its all about emission management and stealth :)