We found 13 Reddit comments about Beyond WBYMW1 850-Watt Microwave Oven with Barcode Scanning. Here are the top ones, ranked by their Reddit score. 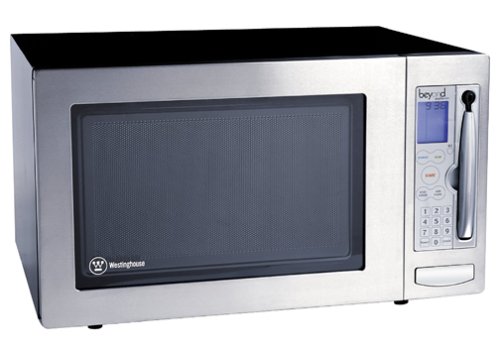 This exists. My brother owns one.

They've actually had these for a while. My parents had one maybe 6 or 7 years ago. Seemed more like a novelty than anything, but it worked as you would expect.

I also think you could program your own, so that if you had something that wasn't known you could set it up for the future.

We had one. I didn't really work that well. Perhaps it was limited by its amount of internal memory (and the age of the data). One that was (dare I say it) wifi-capable would actually probably work better as it would have updated barcodes as well as updated cooking times.

This can be said for a lot of things.

But, why not take the idea one further and use the UPC code, which already exists on almost all frozen food items.

Or if you’re more of a DIY...
https://www.scandit.com/hacker-teaches-microwave-to-scan-barcodes-and-cook-automatically/

Amazon apparently carried a microwave with a barcode scanner like that.

It's been a thing for years

this one does barcodes, but close enough

There was already a microwave that had a barcode reader on it. scan the barcode on the box and it did the rest!

They got clearanced out pretty quickly.

as long as it knew the product already.