Reddit reviews How to Be Yourself: Quiet Your Inner Critic and Rise Above Social Anxiety

We found 3 Reddit comments about How to Be Yourself: Quiet Your Inner Critic and Rise Above Social Anxiety. Here are the top ones, ranked by their Reddit score. 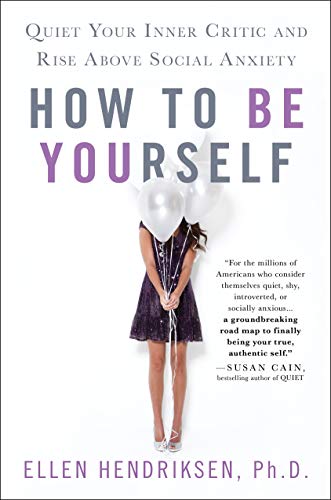 3 Reddit comments about How to Be Yourself: Quiet Your Inner Critic and Rise Above Social Anxiety:

I really recommend How To Be Yourself -- it's firmly rooted in CBT and it covers all kinds of social interaction including public speaking.

I deal with social anxiety. It tends to give me the most trouble when I need to make phone calls, so I feel your pain. In general, I've found that the best way to get over my anxiety is to get lots of practice doing the thing that sets me off. If you do it often enough, you'll teach yourself that you don't actually have anything to be nervous about. But, getting to that point, is hard, especially if you've managed to avoid the situation a bunch and learned how well avoidance works for not making you feel bad. You probably want to think that there's some magical way to get more comfortable without actually practicing, because practicing is painful.

It won't make the process painless, but learning to silence your inner critic helps. Start out by asking yourself what the worst thing that could happen on the call really would be. Maybe you'll say something wrong and someone will call you out on it? Maybe you'll forget to cover something and have to send out an update later? Once you have your specifics, ask yourself how bad that would really be. Maybe you'll feel really embarrassed about whatever happens, but it's really unlikely anything could happen in the space of a conference call that would get you fired. Keep it in perspective.

Most of this advice is straight out of the book, How to be Yourself: Quiet Your Inner Critic and Rise Above Social Anxiety, which I recently read and found very helpful. It goes into detail on approaches for dealing with this sort of stuff, and gives examples of scientific studies that back some of it up. Before reading it, I spent a lot of time giving myself permission to avoid social situations that made me uncomfortable, but now I have more confidence that I can work through such things.

Do you read much? You should check out this book

The author is a clinical therapist and she uses Cognitive Behavioral Therapy to help combat social anxiety.

It’s really helped me put my anxiety in perspective and learn how to deal with it. I still have my bad days, but my social anxiety definitely feels a lot more manageable now.