We found 2 Reddit comments about Longman English Grammar. Here are the top ones, ranked by their Reddit score. 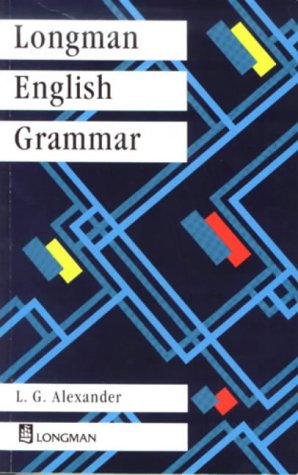 This sprint goal was to create the website in Jekyll and put everything I've done so far in there (i.e. Daily scrum notes). It took me only one day to plan the sprint. I think it's good, this means more time for actual work. My estimates were rough but they were surprisingly accurate, if it weren't for tasks like "Write a Sharing Saturday post" or "Sprint planning". I didn't know beforehand how costly they are so I decided to just measure them and get some data first. That's why there is ~50% bump from 45 to 65 hrs. Initial estimates vs. time spent are very close, though. Initially I was going to commit to 3 hrs/day but it was more like 4 hrs/day, excluding Monday 19th and forth. It was hard at times, and my first days at uni were completely exhausting.

I was hoping to release HTML 5 version, but I didn't manage to. At first I had problems with adjusting Gradle version, then problems with GWT arisen. I forget to include dependencies in GWT config and add them to a Gradle config for HTML project. I somehow managed to build an example game shipped with installer, but building YARL was too hard for me. I was about to give up completely when I noticed that SquidLib installer has the GWT option as well. It looks promising, I will explore this possibility in the next sprint.

I was about to ditch the idea of uploading my Daily Scrum notes. I wanted to code my custom theme instead, but eventually I came to my senses and uploaded them. It was tough. I was going to modify the sprint goal and a part of me wishes I did. It would save me some psychical tension.

I suspect that writing Sharing Saturday posts takes me so much time because my English skills are not sufficient. I have borrowed a book, I might even open and read it. I'm thinking about tweeting, but I want to focus on other things in an upcoming sprint.

Below is a Sprint Retrospective. There are some things left from the previous sprint because they were not really applicable to this sprint.

Things I should start doing in an upcoming sprint:

Try this guy. Best reference out there.