We found 7 Reddit comments about Mount for Oculus Rift Sensor - 3-Pack - Tape Included. Here are the top ones, ranked by their Reddit score. 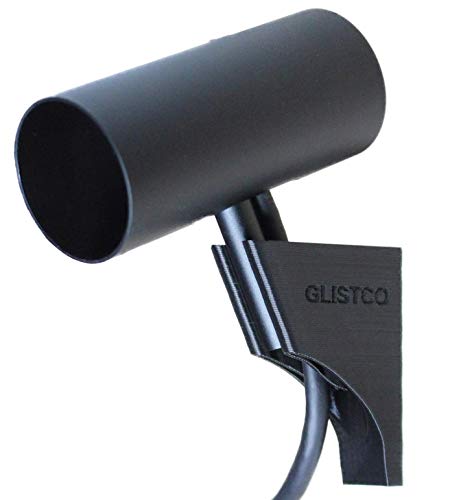 I have over 300 hours in an Oculus Rift. Actually, I have three Oculus Rifts, because I accidentally dropped and broke two of them. (Not a design fault per se, I was just careless twice. If you drop it on a hard surface from 5 feet up, it WILL shatter the screen.) I also possess a HTC Vive--which is in a box on the shelf.

I decided to try this "VR thing" when I found a good deal on a used Oculus. It blew me away. Holy crap. I dove so deep that I decided to also get a Vive, to play around with them both and possibly sell whichever one I didn't want.

What I found is that the Vive controllers are obnoxiously heavy and unwieldy, especially with my favorite game, Beat Saber. I felt like I was swinging cleavers around. By comparison, the Oculus Rift touch controllers were more balanced around my palm. Especially in my "Beat Saber grip", which I found was easier to play with if I moved my fingers up into the ring until the outer ring rests against my knuckles. This centers the weight of the controller squarely in my palm, and makes it so that I can swing the controllers faster than humanly possible.

Either of the headsets will do pretty good tracking. However, I do strongly recommend getting a third sensor, regardless of which set you choose--adding another sensor DRAMATICALLY helps with tracking for any game that requires you to turn around, and even helps with tracking on games that you face forward but sometimes your hands go in weird angles. Set the sensors in a triangle formation around the room.

A few things you will want to accessorize with if you pick the Rift. You'll notice that half of these are to keep your equipment clean--this is a lot more important than you think at first.

If you want something low-profile ish that's pretty inexpensive, I use these which work really well. I've had them up over a year now, never had an issue. The 3M strips won't hurt paint or anything either.

Here's the drawing I promised. It's not perfect dimensions, but it's pretty close. I used the speaker pictures in place of the Oculus sensors, and the red lines are the USB cables. I forgot to mention that I used wall mounts to stick them on the wall, though that's not strictly necessary.

The wall mounts can be bought here. You can also 3d print them with files from thingaverse, if you have access to a 3d printer.

EDIT: The TV/Monitor picture is backwards. I'm a moron. Lol.

I bought a pack of these.

Do you believe they'll hold up? 3M tape is nice, but I wasn't sure how heavy a sensor is and all.

Why the ceiling vs the wall specifially? Just to get higher up?

I just used the stands the sensors came with and put them on my roof upside down, but you can buy proper wall/ roof mounts from amazon or you could even 3D print your own. The mounts would help if you want a good looking setup though.

They use command strips