Reddit reviews Revolution in The Valley: The Insanely Great Story of How the Mac Was Made

We found 7 Reddit comments about Revolution in The Valley: The Insanely Great Story of How the Mac Was Made. Here are the top ones, ranked by their Reddit score. 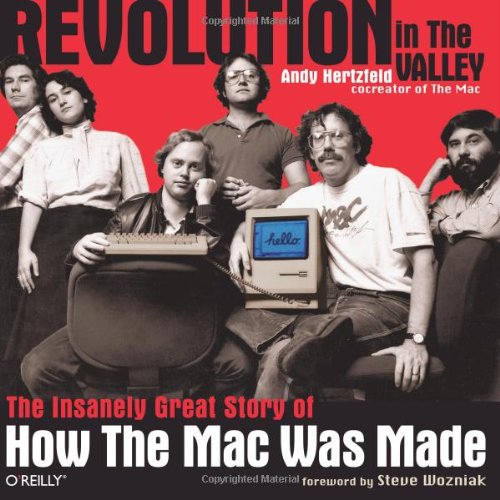 7 Reddit comments about Revolution in The Valley: The Insanely Great Story of How the Mac Was Made:

&gt; Apple and Microsoft both ripped off Xerox's gui.

Actually that is wrong. The majority of the Mac OS X GUI was made by people who didn't saw the Xerox demonstration and did stuff based on what they assumed Xerox's system did from the descriptions of the people who saw it. An example would be the ability to draw the windows' contents when it isn't active - Bill Atkinson (the low level mind behind most of the GUI stuff) simply assumed that this was what Xerox did because to him made more sense. In reality the Xerox system only drew the window contents when you clicked/activated it. Also stuff like the Finder, menu bar, the distinction between windows and folders and a bunch of other things which today we take for granted were developed by these people.

This book does a great job describing the story of making the first Macintosh by one of the original developers.

Xerox obviously had a big influence (before that the Mac was more text oriented) but it was far from a rip off.

Books you may enjoy:

The level of creative freedom I get makes the job worth it. If you haven't already read it, you may like Revolution in The Valley: The Insanely Great Story of How the Mac Was Made. The story isn't centered on Steve Jobs, but includes a lot of interesting and funny anecdotes about him.

What the dormouse said: How the sixties counterculture shaped the Internet

Folklore.org is an amazing site that collects stories written by the original Macintosh team. Many, if not all, of the stories were also collected in a book titled Revolution in the Valley. A few of the best stories: I'll Be Your Best Friend, It's The Moustache That Matters, Reality Distortion Field, Calculator Construction Set

Here's the Wikipedia page about DONKEY.BAS, and down in the external links section of that article is a way to try the game for yourself.

is worth looking at.