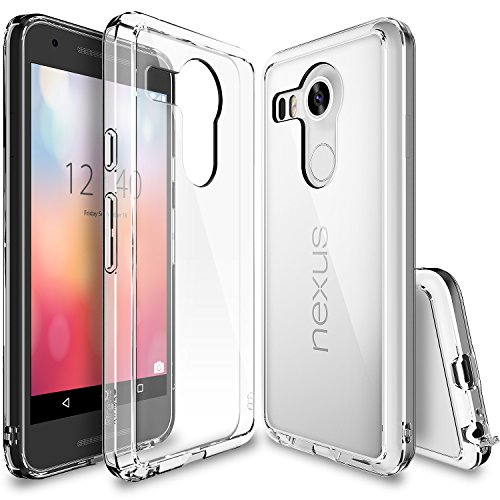 I love this one: I got the smoke one.

I never use screen protectors, my 5x looks fine after 6 months of use. I'm a lady though, so I don't pocket my phone often and when I do it's in a back pocket by itself. I'm also a case minimalist and have been happy with this clear case.

&gt;I hear some people have had problems with battery life and overheating. Is this common?

No issues here in ~6 months of use. If you are a heavy user you may have to charge during the day but quick charge makes this super painless, and the battery saver function actually works really well in a pinch. I drive a lot and a quick charge capable car charger is amazing - even a short drive between meetings is enough to give significant charge.

&gt;To those who have had theirs for several months, how's it holding up?

Just fine. Still performs as expected, no major glitches or issues, have only had to hard restart it due to quirky behavior two or three times all of which came after an extended period of not power cycling the device coupled with an app crash that caused things to go wonky.

&gt;Are there any other downsides that I should know about?

Not from where I'm sitting. My 5x is a daily driver device for me and I'm a business owner that is often more out of the office than in.

I use the Ringke Fusion Clear myself. I used the same case for my Nexus 5 (only it had teal around the sides and it works very well to protect it from minor drops, being bumped into stuff in my bag, etc... without being too bulky.

However, I prioritize customization above almost all else in my phones. I love using these cases because they're clear in the back and come with a template so you can cut out a custom image to stick in between the phone and the case so it looks like you have a custom case. They're very well done and look great, but without being as expensive as actual custom cases (and I could have a different case literally every day if I felt like it).

Like I said though, it's been keeping my phone safe since it protrudes out enough to keep the camera lens from resting on whatever surface I put it on, or the front if I set it on it's face. Plus it has a headphone jack cover to keep dust out. I'm pretty gentle with my phones, but it doesn't have a scratch on it, and my old Nexus 5 looks brand new still.

Bummer. I use this: https://www.amazon.com/gp/product/B014RS5BHW/ref=oh_aui_search_detailpage?ie=UTF8&amp;amp;psc=1

It's not pretty, but it's the only one I've used that protects to my liking and doesn't fuck with the buttons.

this has been my favorite case so far:
http://smile.amazon.com/Ringke-Absorption-Technology-Anti-Scratch-Protection/dp/B014RS5BHW/ref=sr_1_5?s=wireless&amp;amp;ie=UTF8&amp;amp;qid=1451311472&amp;amp;sr=1-5&amp;amp;keywords=nexus+5x+case
the button pressing action has been really nice--minimal resistance. the case itself is very customizable as you can use the template with any background or picture.


finally, as you start playing around with ROMS (to improve device performance as stock is pretty buggy and not particularly bueno with respect to battery life) you'll inevitably start making backups in twrp. you'll need to. those take up a lot of space. to ameliorate that, i suggest these: http://smile.amazon.com/dp/B00ZWN64RS/ref=wl_it_dp_o_pC_nS_ttl?_encoding=UTF8&amp;amp;colid=3OJFHJG4QML3E&amp;amp;coliid=I1YYV3CE6VXPNB&amp;amp;psc=1, http://smile.amazon.com/gp/product/B00YFI1EBC?psc=1&amp;amp;redirect=true&amp;amp;ref_=oh_aui_detailpage_o02_s00

oh! there's also a pleson tempered glass screen protector on amazon for the 5x. it came in last week but i still haven't had a chance to install it. cheap and very highly reviewed.