We found 2 Reddit comments about Stoned: Jewelry, Obsession, and How Desire Shapes the World. Here are the top ones, ranked by their Reddit score. 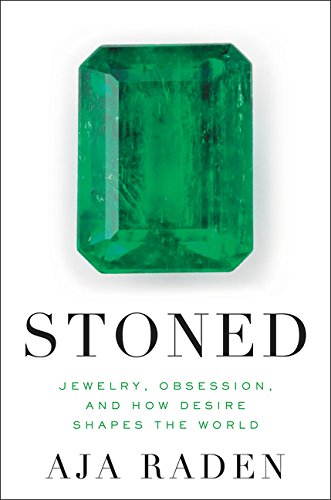 2 Reddit comments about Stoned: Jewelry, Obsession, and How Desire Shapes the World:

Lots of sapphires - their hardness makes them really great for daily wear and they're super brilliantly cut (though there are exceptions if the lapidary doesn't know what they're doing). Generally the well-cut sapphires will sparkle quite beautifully. They also come in a variety of colours! Deep blue being the most popular as it's very passe partout.

Alexandrites are a REALLY special stone that go from a lovely purple to a magical green depending on the lighting. They're as expensive, or sometimes more expensive, than diamonds so it's not always a popular choice but it's been requested quite a bit.

Besides that, what I've had requested often: morganite, moonstone and opal. The latter two are beautiful but difficult for bridal wear because they're so sensitive and can fracture or break easily.

I dont work with them but moissanites are also a popular request. There's an aversion to moissanites by fine jewellers and buyers because it's a synthetic stone though. People are correct when they say that it originates from meteorites, however the majority of them use synthetic materials because the real thing is so rare. Aja Raden has a really great book called Stoned: Jewelry, Obsession, and how Desire Shapes the World which explains the obsession with mined gemstones way better and she explains commoditization the angle of several different industries if you're interested!