We found 4 Reddit comments about The Final Empire: Mistborn Book One. Here are the top ones, ranked by their Reddit score. 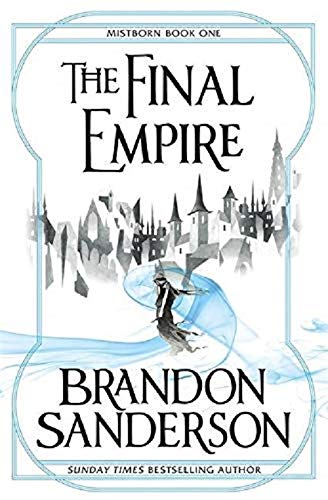 4 Reddit comments about The Final Empire: Mistborn Book One:

A big big favourite around here (for good reason) is Brandon Sanderson's Mistborn series, followed by his Way of Kings books. Sanderson's use of magic is just brilliant, and Mistborn is so innovative. I loved it, and a lot of people around here do too. The good thing about getting into Sanderson is that there's a lot of books being released all the time so you have plenty to read!

I also personally love Robin Hobb's Farseer trilogies, followed by her Tawny Man trilogy. Her books are slightly more traditional epic fantasy than Sanderson (dragons feature heavily later on) but her characters are just wonderful and she has a lot of magic involved, starting with psychically connecting magic (the Skill) and moving on to animal magic (the Wit) and then more fantastical magic connected with dragons. Always worth checking out. Other people get along better with her Liveships books, but I'd say start with Assassins Quest and go from there.

I feel that way when I order english books (I live in germany) and get the american release instead of the british one.

For example compare the american version of Mistborn with the british one. The american cover looks god awful. When I went through Barnes &amp; Nobles on my last visit every book looked like pulp, no matter if Grisham or Tolstoi.

Sure, I generally listen to fantasy style books so it might not be to everyone's taste. If so try /r/fantasy for some great threads of lists of audio books if your interested.

I listen to Terry Pratchett books (plenty of info on where to start with these on the web but I always recommend the guards books ) when I'm walking or jogging because when I start laughing it doesn't mess me up as much. Sometimes Ill slip in an "Iron Druid Chronicles" book by Kevin Hearne these are still light enough to let you enjoy your surroundings and are great for outdoors stuff because there is lots of nature waffle :D

for running I try to stick with something that draws me in like the Dresden files by Jim Butcher. or anything by Brandon Sanderson his stuff tends to jump character perspectives from one chapter to another so you find you run through a chapter to get back to find out what happens. Well I do anyway.

I listen to a large spectrum of stuff really but my core library is Fantasy so here is a list I prepared for a friend earlier in the year Hope it helps:

not YA but the mistborn books?