We found 1 Reddit comments about The Will to Power (Penguin Classics). Here are the top ones, ranked by their Reddit score. 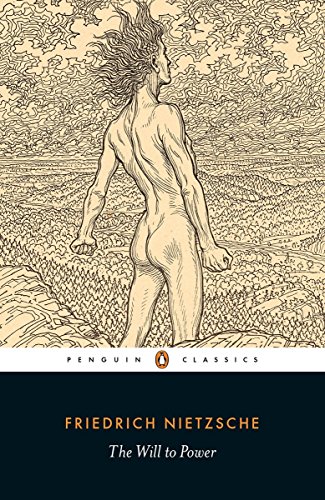 History is cyclical and it tends to repeat itself. Maybe you should be a little more concerned with educating yourself on what your side of the political spectrum was responsible for in the 20th century. I could care less about your personal experience fallacy, those tend to be extremely bias based on the worldview the person wants to portrait and they tend to ignore what statistics say, and in this case the statistics for Europe are quite damning.

If you don't think that it can happen again you are very naive. You live in a world where it is still happening. Socialism has destroyed Venezuela right before our eyes, plain as day, and there is nothing you or I can do about it and no government that cares to intervene, nor should they. North Korea is a relic from the 20th century and one big Gulag. China, a world superpower is a great example of a country that censors the data in/data out that you are referring to. Read The Will to Power by Nietzsche, The Gulag Archipelago by Solzhenitsyn (even if its just the abridged version, it is a masterpiece and changed my life), and Orwell's 1984. Read these and then cross reference what you learn with current political climate regarding political correctism, left wing authoritarian political systems in your countries over there that compel speech and ban certain idea's and criticisms, your governments collectivist policies and your firearm policies. After you read them you should be able to see striking similarities to your current political landscape and you will know just how close you are to the edge. At very least you will escape the ideological bubble you seem to be in.