Best blues music according to redditors

We found 667 Reddit comments discussing the best blues music. We ranked the 451 resulting products by number of redditors who mentioned them. Here are the top 20. 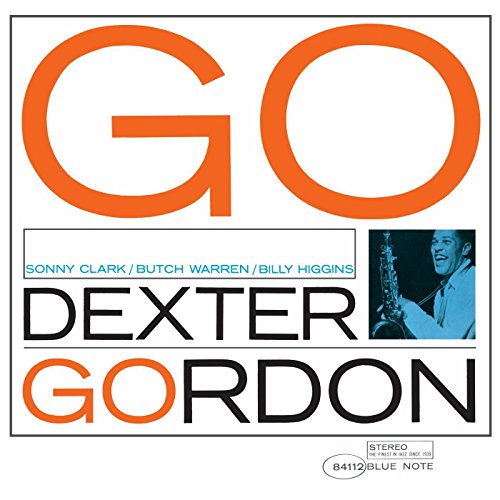 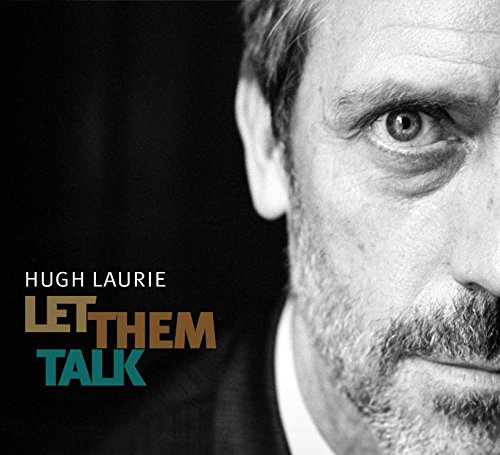 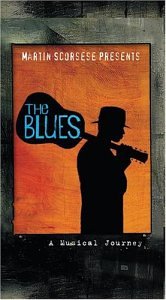 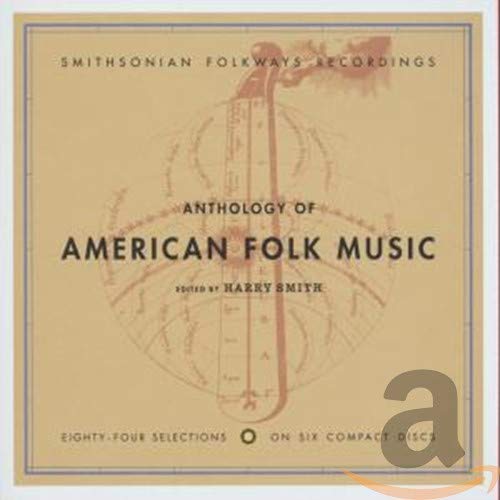 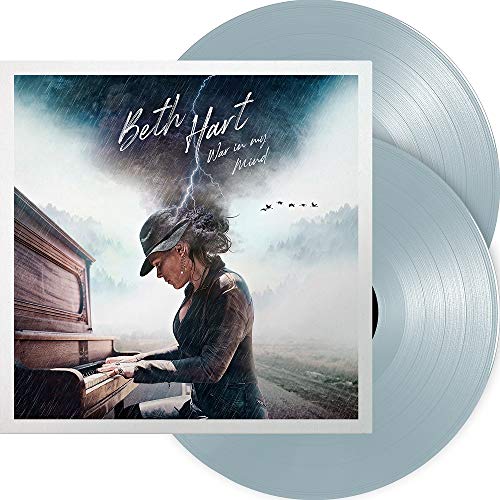 7. Songs From the Crystal Cave 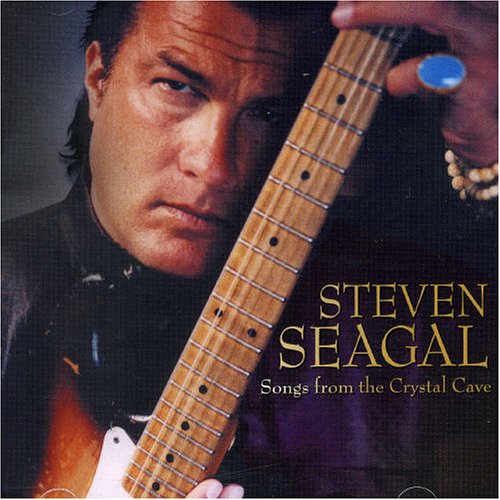 8. Riding With The King 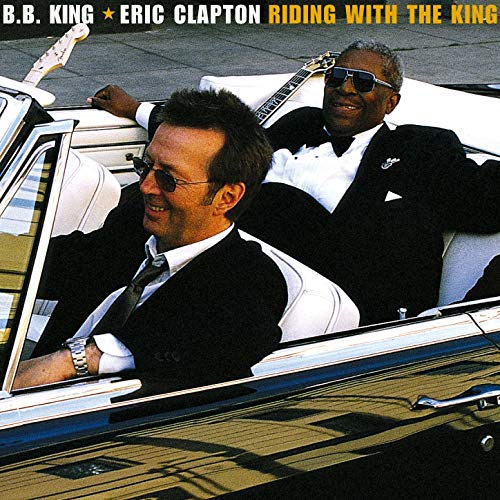 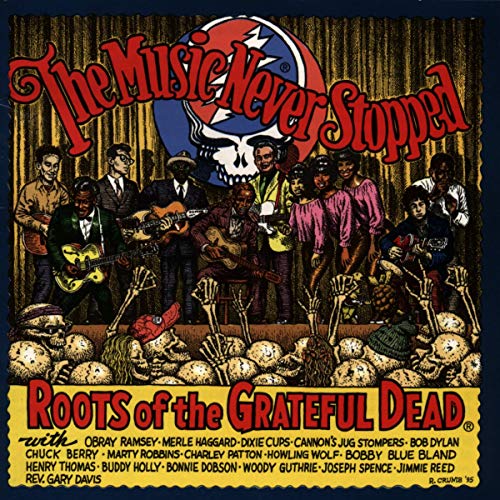 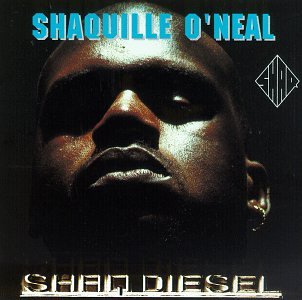 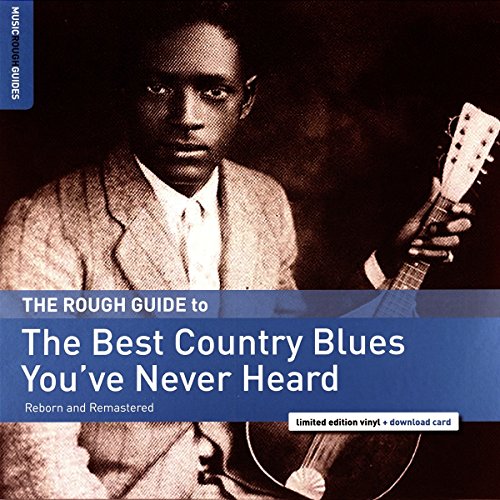 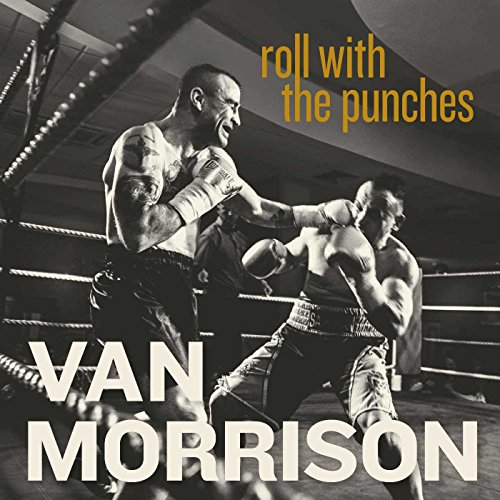 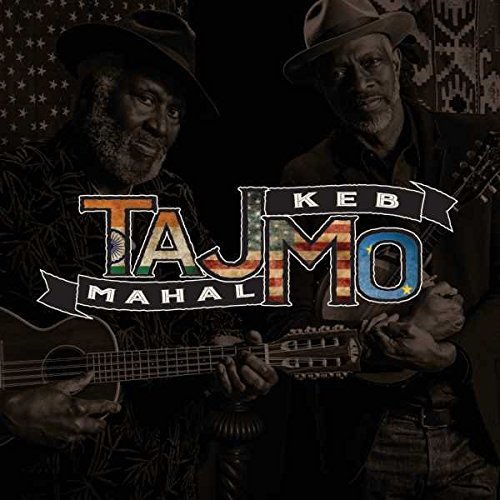 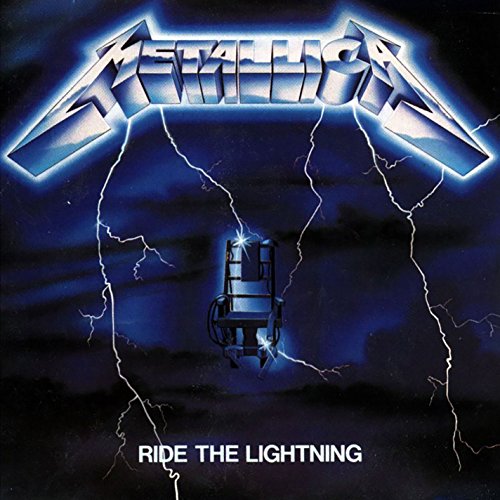 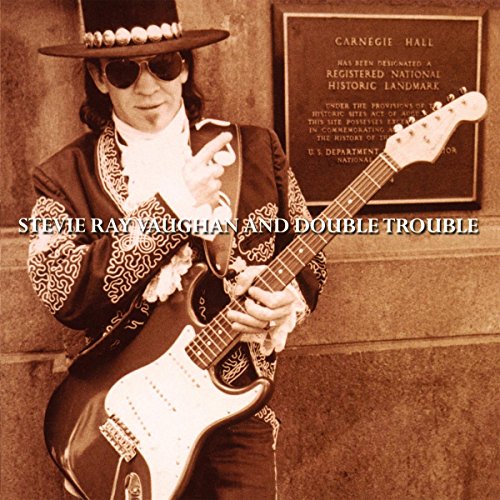 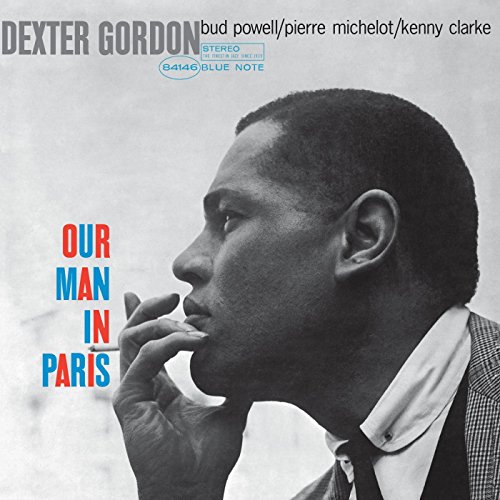 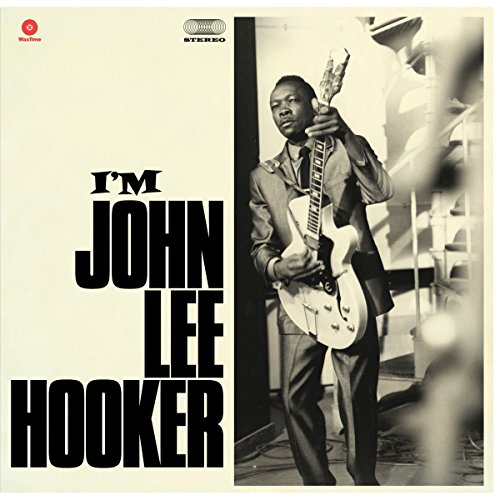 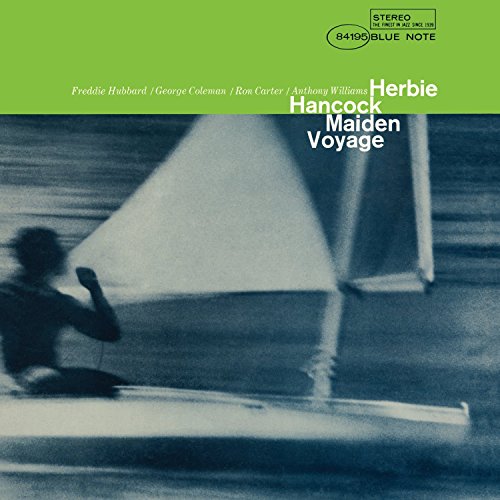 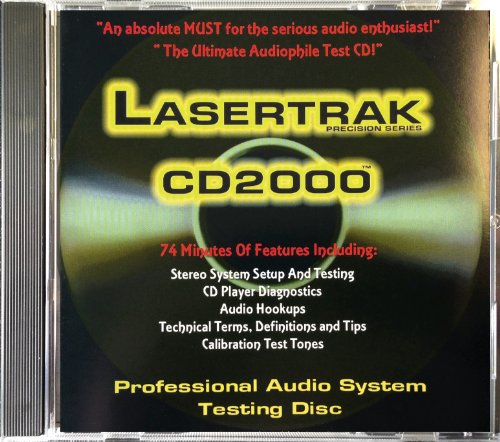 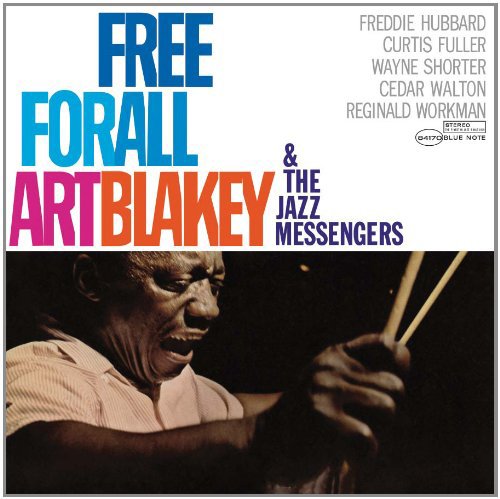 Well, there was Shaq Fu, if you want to consider Shaq a rapper.

check out this version by [Tommy Jarrell] (https://www.youtube.com/watch?v=1e56j2jDGHw)

Defining folk music is tough, because the term has become a catchall for many different types of music. Folk music was very much an oral tradition for a long, long time. Songs would melt into one another and many common themes could be found in many different songs. Look at the story of Stack-O-Lee and Billy Lyons or Betty and Dupree. These stories have been told in different songs dozens of times.

I would point you to the [Folkways Anthology of American Folk Music] (https://www.amazon.com/Anthology-American-Music-Edited-Harry/dp/B000001DJU) as a great starting point for the "genre." It does a great job of showing the many different styles of music that have since come under the folk umbrella. It also basically lays out the blueprint for so much of the popular music that followed in the decades since it's release.

| | |
|-:|:-|
|name|Hugh Laurie|
|about artist|Hugh Laurie is an English actor and comedian. Originally part of Cambridge University Footlights Dramatic Club, he found fame playing various roles in the classic British comedy TV series &amp;quot;Blackadder.&amp;quot; He is perhaps more famous for the legendary TV sketch show &amp;quot;A Bit of Fry and Laurie&amp;quot; where he performed with his Cambridge University chum, Stephen Fry. Since then he has appeared in various films (Maybe Baby, Girl from Rio, Flight of the Phoenix, Stuart Little) and television shows, and has done some theatre work in London's West End. ([more on last.fm](http://www.last.fm/music/Hugh Laurie))|
|album|Let Them Talk, released Apr 2011|
|track|St. James Infirmary|
|about track|According to the Saint James Infirmary Songfacts, the song is based on an old English tune, &amp;quot;The Unfortunate Rake,&amp;quot; that made its way over to America. The song's title is derived from St. James Hospital in London, a religious foundation for the treatment of leprosy. It was closed in 1532 when Henry VIII acquired the land to build St. James Palace. The lyrics tell the tale of a man explaining to the singer/narrator, at a bar, how he went down to St. James Infirmary and tragically found his girl (the so-called &amp;quot;baby&amp;quot;) dead.|
|images|album image, artist image|
|links|wikipedia, lyrics, allmusic, discogs, official homepage, imdb, youtube, myspace, twitter, facebook, mp3 on amazon, album on amazon|
|tags|blues, british, jazz, fuckinggenius|
|similar|Hugh Laurie and Tom Jones, NEW Hugh Laurie, Georgia On My Mind, devil woman, Hugh Laurie, Band From TV, Eric Clapton, Professor Longhair, Robert Downey Jr., Ray Charles|
|found in|r/Jazz, r/listentothis|
|metrics|lastfm plays: 4,235,645, youtube plays: 621,765, lastfm listeners: 129,968, radd.it score: 20|

I have this for some reason.

Yeah, you can get the new remastered CD's from Amazon and pre-order them already (like I did):

Folk songs for me begin and end with the Anthology of American Folk Music, collated in the '50s by Harry Smith. This is Greil Marcus's "old weird America" in spades: the last song on Disc One (the must-have record of the set) is Kelly Harrell's "My Name is John Johanna," likely the scariest music I've ever heard.

If you want a broad introduction to the blues this collection by Martin Scorsese might be a good place to start http://www.amazon.com/Martin-Scorsese-Presents-The-Blues/dp/B0000A0VA1

Great post. There’s an album called, “Roots of the Dead” I discovered while working at a music store way back in the day. Not sure if OP is referencing the same. Here’s the link. Highly recommend.

You may enjoy The Music Never Stopped: The Roots of the Grateful Dead.

It is possible that the track/tracks are proprietary/not freely available. There are a bunch of these "test tracks" or "test cds" out there that simply aren't on Youtube.

If you're just looking for test audio for free, then I would recommend audiocheck.net.

I started with Ultimate Collection. This gave me the hits and an overall feel for his music.

Since BB King came from an era before studio LPs were really a big thing, most of his best work was released as singles. King of the Blues is a brilliant, very comprehensive box set that helps in tidying things up, although since it was compiled in 1992 it omits some of his surprisingly good recent work such as Blues on the Bayou, his collaboration with Eric Clapton and One Kind Favor

He must have about 20 live albums out there, almost all are good but Live at the Regal is the most popular. He's (understandably) lost a bit of his touch live recently but it's hard to go wrong with any pre-2000's live album.

As an alternative to purchasing a box set, Blue Note is reissuing 5 of their albums on vinyl a month, with the first 5 being released this month. These five include two albums by your listed favourites, Art Blakey &amp; John Coltrane. All five albums is about $95 before tax.

These are the 5 albums being released on March 25:

Art Blakey &amp; the Jazz Messengers - Free for All

Eric Dolphy - Out to Lunch

I've always loved This for some reason.

Essential album for me
The music never stopped: roots of the grateful dead

My suggestion would be to start digital and play the soundtrack to Martin Scorsese's The Blues: A Musical Journey and try to narrow down what you like. There's so many different styles of the blues and you're sure to have your favorites. Once you pick your guys, then start looking for records and getting deeper into the stuff you like.

The year my dad got me a Shaq CD.

In case they didn't have that album.

Yuck! That's a lot of driving!

This is great driving music!

The Gun Seller, actually, but yeah, it's really good.

I also like his album. That man can play a mean piano!

Not saying this is what it is or condoning it but could have been audio test disk for setting up the audio.
“Woofer Testing to check the capability/response of the low end”
https://www.amazon.com/Audio-Test-CD-Lasertrak-Benchmark/dp/B00HWX185O

Buddy Guy's Chess Sessions, Albert King &amp; Otis Rush's So Many Roads collection, and B.B. King's Singin' the Blues all spring to mind. Also, a good mix of starting stuff is the soundtrack from Scorsese's The Blues - A Musical Journey.

or the Amazon Link so you too can buy it

I don't get it. This looks identical to the actual album art. In what way did you photoshop it?

awesome thx! throwing this on here too for those in germany/netherlands

Speak for yourself, his album was fucking boss!