We found 63 Reddit comments discussing the best powersports tires & accessories. We ranked the 60 resulting products by number of redditors who mentioned them. Here are the top 20. 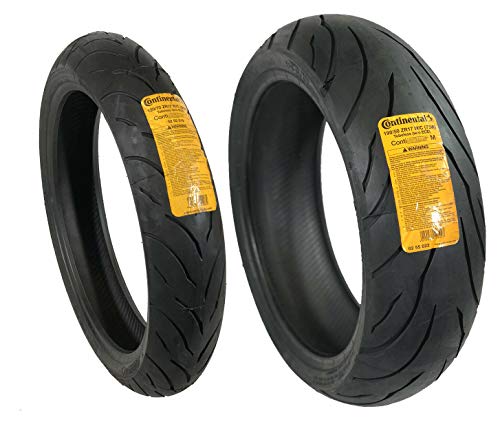 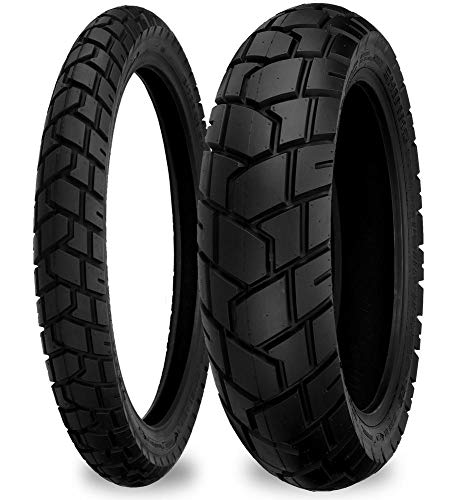 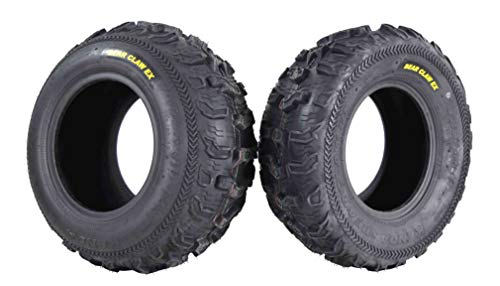 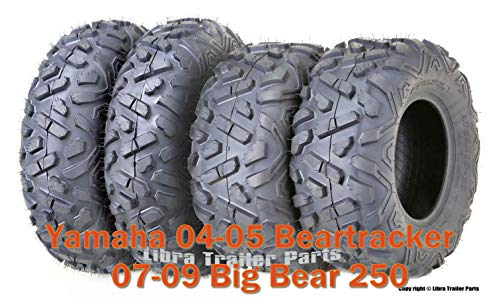 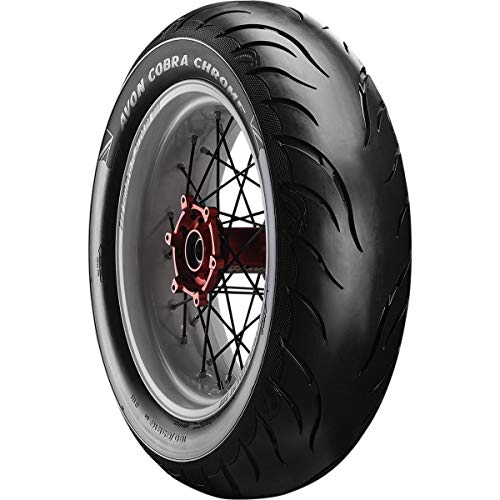 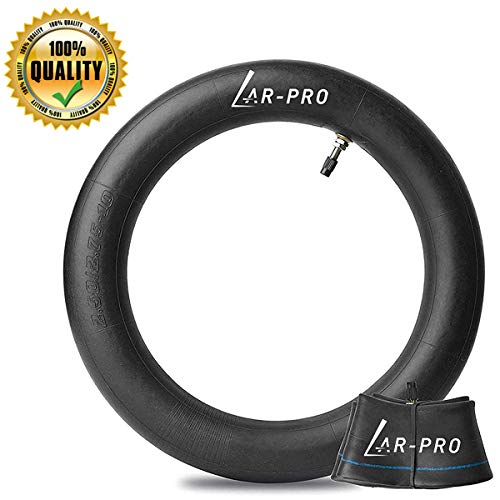 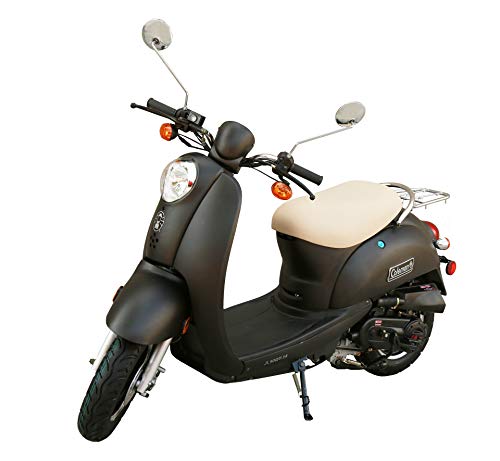 RELIABLE – Reliable 49cc air-cooled, 4 stroke engine and CDI ignition system will get you where you need to go. Built with a high-strength steel frame to keep you going for yearsEASY AND SMOOTH – Easy electric start with back up kick start – simple to operate automatic transmission and front d...
Read Reddit commentsView price 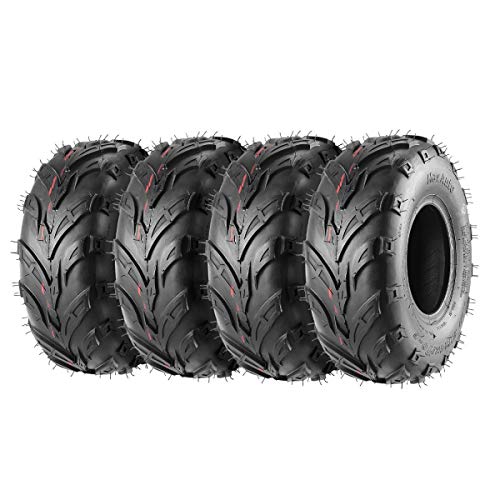 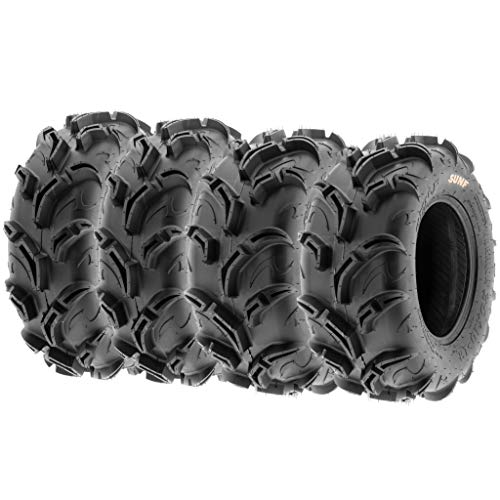 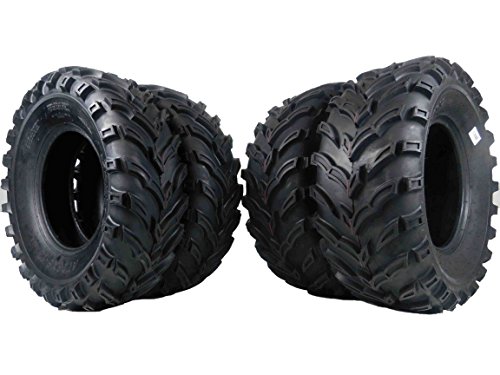 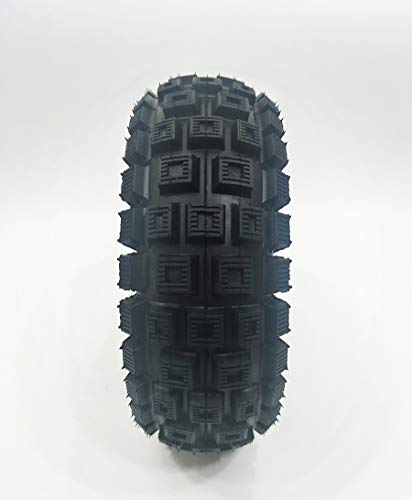 10"x3" (3.00-4, 260x85) tire with Q113 knobby tread.Can be used on a variety of models, include Quads, ATVs, Scooters, Dirt Bikes, etcListing is for a single tire alone. Does not include an inner tube.Monster Scooter Parts is the only authorized seller of AlveyTech products.
Read Reddit commentsView price 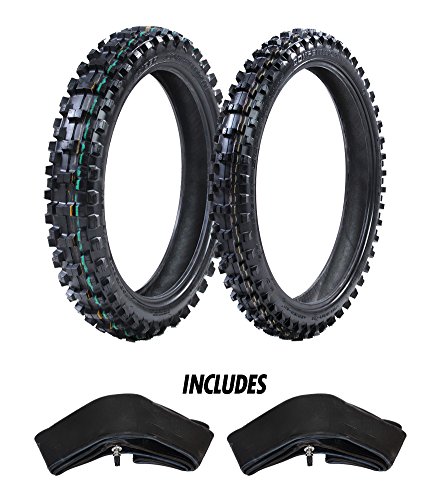 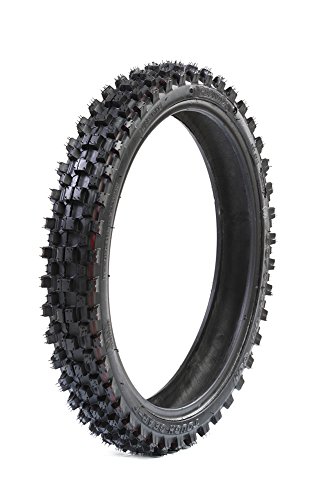 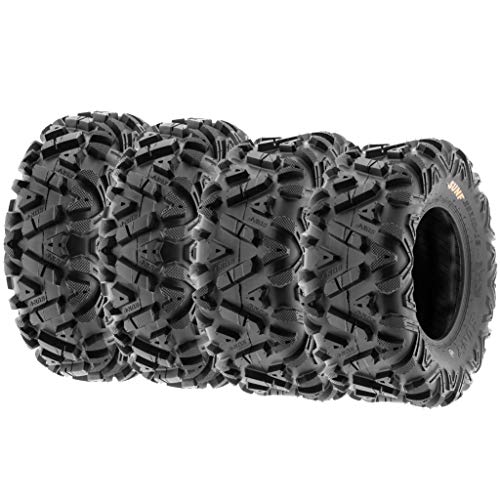 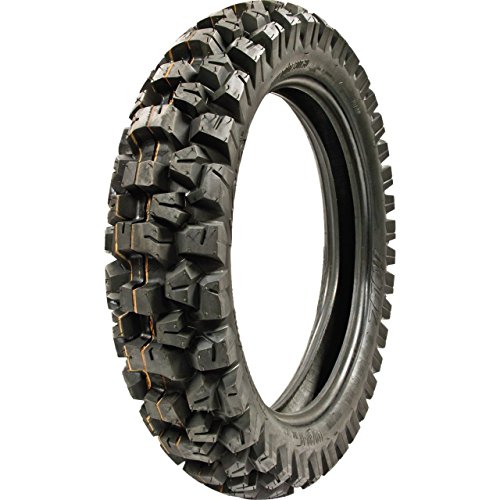 Cleat-like, anti-slip spikes easily grab onto snow, ice, mud, and sand so no matter where you get stuck you won't have to call a tow truckLock it up - not only does the reusable revolution traction mats get you out of any situation but it can be used as a wheel chock as wellDurable enough for any co...
Read Reddit commentsView price 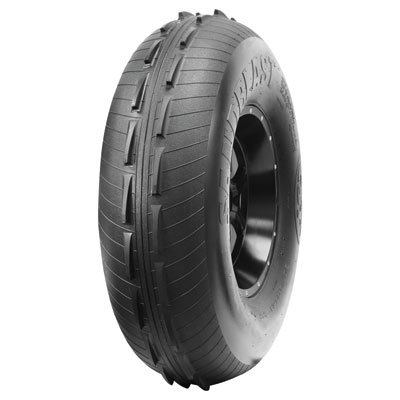 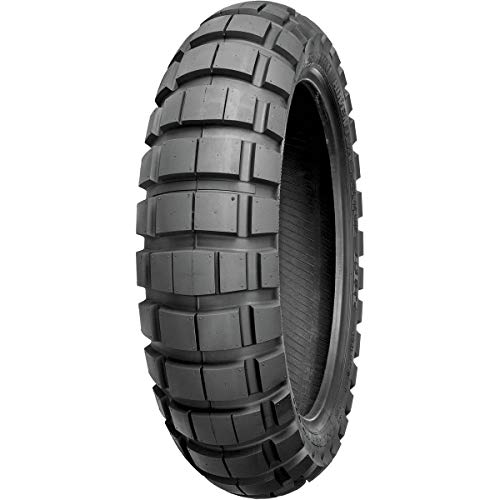 These were the tires.

Well, what size do you need? On my WR250f I ran Shinko 705's, at $60 for each tire, that was a damn good deal for me. They lasted several thousand miles and were good if I ever needed to go off-road, and had great handling on the road.

AWD gets awful gas mileage, comparable to a pickup truck, even if it's the smallest Subie they sell. Seems petty, but those prices will only ever rise.

The Fit is relatively light, so of course it gets great mileage, but at 2500 odd pounds its perfect for kicking through snow. Not too light or too heavy. My old Skylark was in that weight class with a similar drivetrain, and it was just right. But I do have a caveat about that to deliver, just not yet.

AWD is cool, but it's complex, that means more mechanical problems, which of course will only rear their ugly heads in the middle of a blizzard. The Fit is simpler, with a proven drivetrain, from a company whose cars are infamous for running and running. Subies, crossovers, and SUVs will generally want more work at the mechanic, simply because they're heavier and more complicated. They'll always have bigger engines and want more gas.

The Fit's interior packaging is amazing. That's why everybody gushes over the car. The seats have all these clever tricks built into them that lets them haul families all day, then fold down flat to hold like four St. Bernards and whatever else you can think of. Here's a nifty short video showing them off. I love little stealth minivans like the Fit that do this. You can haul the kids one day, then haul all the gear for a fully equipped band the next. In a pinch, it's a camper. With that much interior floor room, it's a lot of things.

I haven't forgotten about your snowy winters. More than anything else you're gonna want a set of decent snow tires. Car snobs will insist on expensive ones but I say phooey. I've had really good luck with cheapo Mud and Snow rated tires. To be honest I just kept them on the car all year. With cheap M+S tires and front wheel drive, you might get stuck going forward but you'll never get stuck backing up. I recommend getting an automatic instead of a stick. I don't think you lose much MPG with modern autos, and the ability to take your foot off the brake and just slow creep is really, really useful on ice. You'll end up wanting snow tires on anything you get, anyways, and adding them will make the Fit a no brainer.

Now that I've been preaching Fit gospel, I feel like it's time for a counterpoint. Remember the caveat? The big thing I've noticed that makes a good snow car is ground clearance. In the 90s and earlier even passenger cars had plenty, but then car companies started wanting them to handle on racetracks better, which led to them lowering and stiffening the cars. That old fashioned tippy toed floppy American car suspension was actually perfect for snow, which is why they did it. This is where the Fit might fail. You should have seen me get hung up on an ankle high drift in a New Beetle once because the darn thing was just too low. But the Japanese know snow. I think you should just avoid the Fit Sport and its lower body cladding. Still, when you look at your prospective Fit in the flesh, make sure it looks like a huge fat raccoon could hide under there, which is proper snow clearance. You don't want to do a lot of snowplowing.

Oh, btw, narrow tires are great for snow. They act like pizza cutters instead of floating. That's how the Netherlands depends on bicycles even though it's the Netherlands. The Fit has narrow little tires.

Counterpoint two: Do you live in the mountains? The Fit's engine isn't very powerful, and if you're up in elevation, it will be even less powerful due to thinner air. There's you, willing your Fit to make it over that mountain with prayers. No bueno. That's why all the ski bums love turbocharged Subies and the like. The turbo compensates for the loss of air pressure. So if you're 9k feet above sea level, I can't quite recommend the Honda.

Otherwise there's no winter that a Fit won't conquer so long as you spoil the little guy with some grippy tires. Especially if you throw something like these into the back just in case.

I definitely want good quality tires but if the Amazon's will last then I'd be good with that. I have a little Rock sectional on my home trail I ride but I tackled it easily with the carisles so obviously it isn't too hard. What do you think about these ones on Amazon? SunF Power.I ATV/UTV all-terrain Tires 25x8-12 Front &amp; 25x10-12 Rear, Set of 4 A033, 6-PR, Tubeless https://www.amazon.com/dp/B01I2B8WK8/ref=cm_sw_r_other_apa_i_S.qnDbVB3RQ1Z

They look great. Here's what I ordered, but they don't look like they'll fit, even though Amazon said they would.

What about one like this? Is there a big difference in the feeling and how precise it is?

Front is a Shinko Fat Tire Rear is a Motoz Tractionator desert HT and yes, I do love them, but I’m on the fence about running a D606 next time on the rear. The tractionator is good, but so is the Dunlop.

Hey sorry was on mobile before couldn't type much. The bearclaws and OG mudlites (stucklites or pluglites depending where you live) just are old thin sidewall tires and their performance is severly lacking.

If you are trying to stay in the $250 range, check out these sunF tires. They're a bighorn knockoff. Biasply instead of radial. Only 6 ply but they're much thicker and stiffer ply than the kendas I ordered years ago (sent them back). They also make a zilla knock off. Are they as good as the originals? No probably not. But will they on a light quad like that? Absolutely. Theye bighorn knockoffs are probably going to be my next set in 28s because they dont' make an OG bighorn in a 28"s for 12s.


Just dawned on me, you might actually have the original 10" wheels on that. In that case you might want to look at something like this.. Though I would seriously consider buying a set of delta steel 12"s so you could run any tire you want.

Alternatively, may grab a new front wheel as well. If I did, Revzilla has a nice combo going for $111.

Looking at these tires for my DR200. Would they fit?

I just ordered a couple of lithium batteries and 36v speed controllers for "my kids" e300's. Should be here in a couple of weeks. Total cost was $216 for the parts to convert two E300's. The batteries are only 8ah... 14ah would have fit. Top speed should increase to roughly 18mph. I'm hoping the batteries last a couple of years versus the yearly change out. There are a lot of dirt roads around me. Future plan is to put on the older style knobby tires that the e300 use to come with.

I am about to purchase some of the MASSFX Claws for 2 of our atv's. My son's already has a set of duro power grip tires pretty much identical to yours and they have been a solid tire the few times we've had it out since giving it to him at christmas.

These are the ones i'm going with.

If r/scooter does include those than I am sorry for the inconvenience, I just thought that one was more moped based

Get the best you can put in your scooter. I know of some extra thick, Heavy Duty butyl rubber inner tubes designed for the Honda 50cc dirtbikes. They're advertised to be "explosion proof", and when punctured they create an airtight seal to prevent damage and injury to rider. They also absorb bumps/shock and improve ride smoothness.

Is that the stock Metzler? I get better performance and mileage from the Avon. Not sure what size you use, this is for my Raider.

I found a local shop to mount them pretty cheap, so cheap it's not really worth the hassle of me doing it myself.

Are they the bearclaws you're talking about?