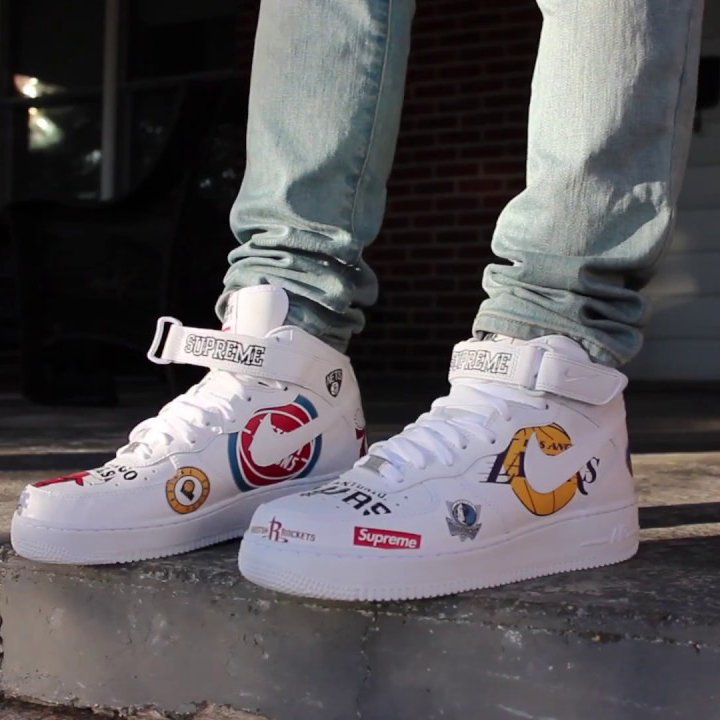 The range consists of black and white colorways of the Nike Air Force 1 Mid, three warm-up jackets, two jerseys, and two pairs of basketball shorts. Inspired by the infamous leather jackets and denim from the late ’90s and early 2000s, each piece is covered with official NBA team logos and Supreme box logos. Black and white sets of jerseys and shorts match each pair of Air Force 1 Mids. The jacket will release in black and white as well as a blue denim option.