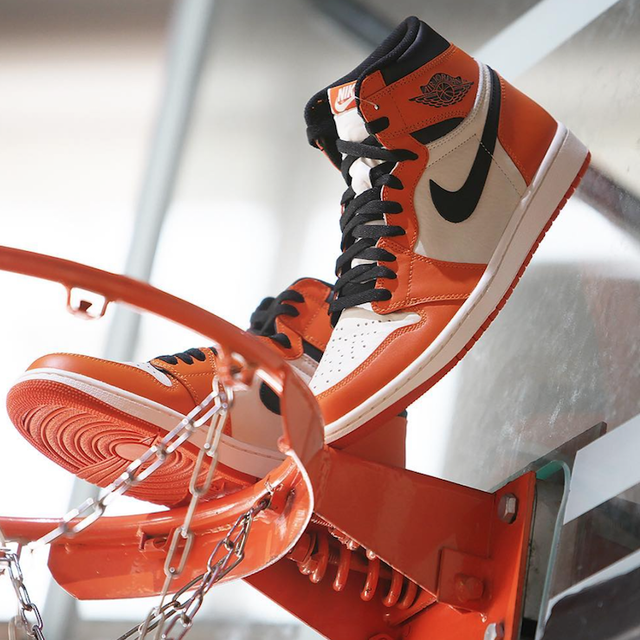 Released in 2015, the Shattered Backboard Air Jordan 1 High is inspired by an exhibition game Michael Jordan participated in back in 1985 in Trieste, Italy where he broke the glass backboard after a dunk. Constructed in high quality tumbled leather in the original hightop silhouette of the Air Jordan 1, the orange, black, and white colorway is taken from the team uniform MJ wore during the game and modeled after the OG Black Toe AJ1 color block. Highly limited upon its initial release, the Shattered Backboard Air Jordan 1 disappeared quickly and is now one of the most sought after nonoriginal colorways of the legendary shoe.