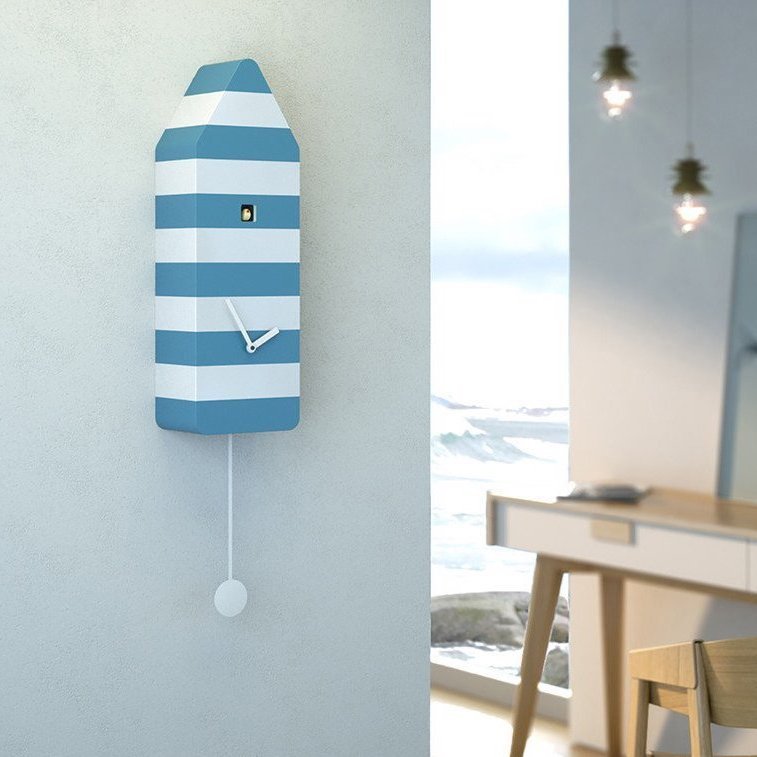 Capri cuckoo wall clock by Progetti. Capri is the cuckoo clock inspired by one of the most sought-after tourist destinations in Italy, the island off the Gulf of Naples, a place to rest and relax. The cuckoo in its bright colors and clean lines is reminiscent of the cabins bathing facilities in the typical lighthouse colors. A simple object that contains so many emotions and memories.

Capri is included in the permanent exhibition of the Deutsches Uhrenmuseum, historical German Clock Museum, which is important for its large collection of clocks and cuckoo from all over the world.

The Cuckoo strike is switched off automatically during the night controlled by a light sensor. Cuckoo clock made in wood. Battery quartz movement.