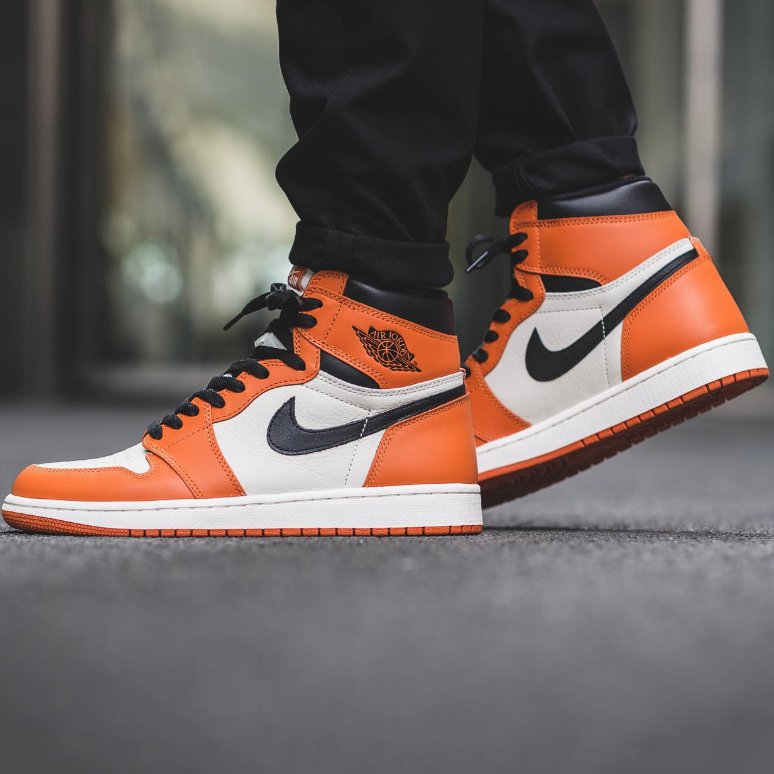 However, the backboard-breaking dunk came on the side that featured black and orange jerseys. The second team wore white-based jerseys, which is where this colorway gets tied into MJ’s now infamous Italy stop. The official colorway of the Jordan 1 Retro “Reverse Shattered Backboard” is Sail/Starfish-Black, which, as expected is the reverse of the Black/Starfish-Sail release from June of 2015. With both colorways celebrating the iconic moment from Jordan’s rookie year, which is also YouTube famous in its own right, the shattered backboard Jordan moment is sure to live on for decades to come.