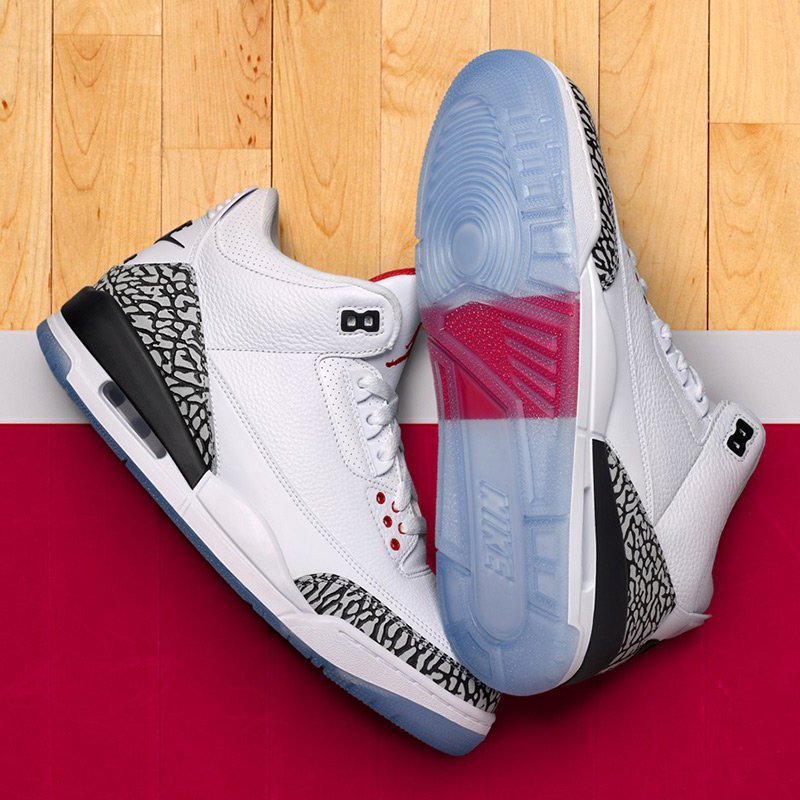 one in a White Cement color scheme consisting of White, Fire Red, Cement Grey and Black hues, this iteration of the White Cement 3 differentiates from the OG pair by coming equipped with a translucent sole that features a red stripe to represent the exact place where MJ took flight (from the free throw line). Other distinct markings include the “3:51” on the back pull tabs as a nod to the time MJ took flight, the “147” on the tongue to reflect MJ’s total score in the final round of the Dunk contest and the insoles equipped with an outsole graphic.