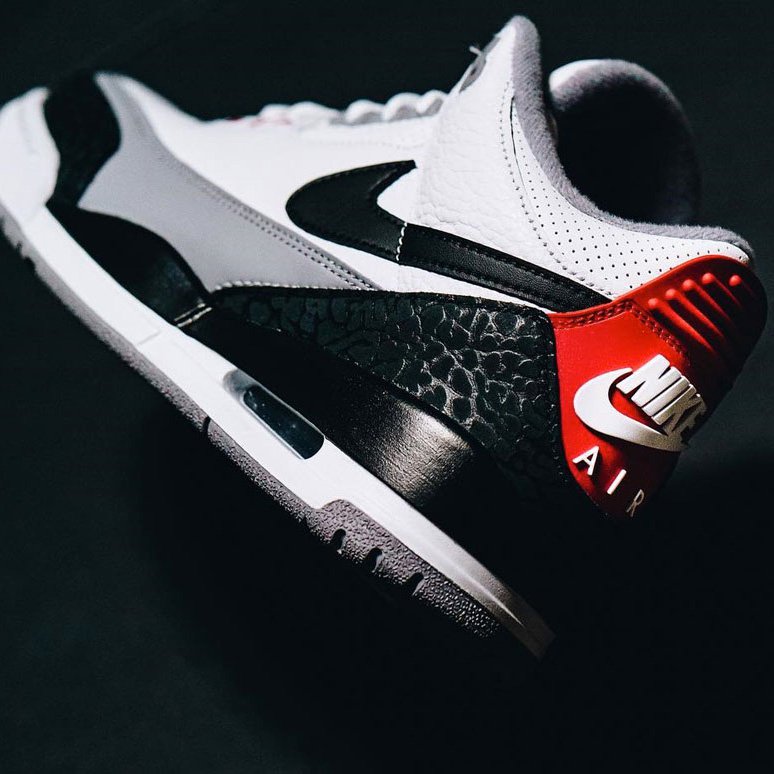 It’d be an overstatement to say that Tinker Hatfield once saved Nike, but he certainly salvaged a significant portion of its business and prevented a competitor from prospering when he designed the Air Jordan 3, convincing an unhappy Michael Jordan to remain with Nike. Thirty years later, the Jordan 3 is firmly established as one of the all-time great designs in sneaker history, prompting Nike to celebrate its designer with a unique colorway.

Dubbed “Tinker” this energy release reimagines the first ever Jumpman-branded Air Jordan with traditional Nike Swooshes along the sides based on Hatfield’s original sketch. The shoe is executed in a remixed “Fire Red” colorway and comes complete with Tinker signature hang tags.