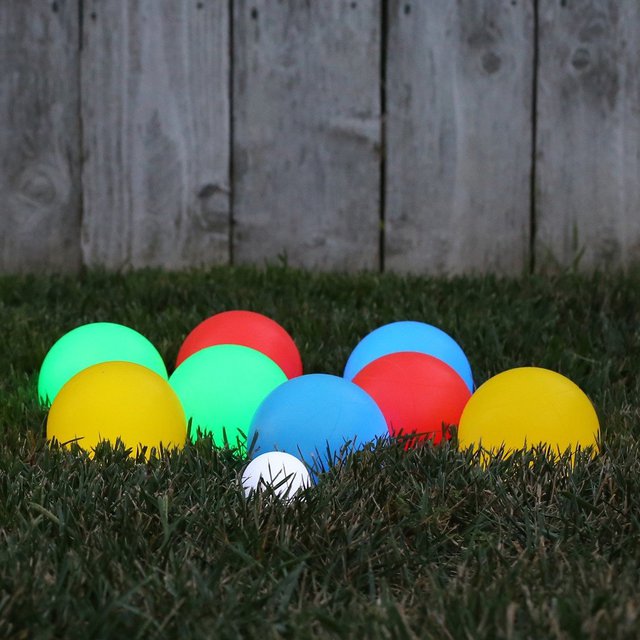 Now you don’t have to stop playing when the sun goes down, just turn on the led bocce balls and let them glow into the night. This unique lighted led bocce ball set comes with everything 2 to 4 players need to play glow bocce ball into the night and let me tell you, it is fun! We get rave reviews from our customers about this game! You will not be disappointed! These official size 107mm bocce balls are made from a hard plastic material that is translucent and allows the led light to illuminate the entire ball. Simply push the water-resistant button to turn on the led light and your bocce balls will glow brightly. Simply press the small button on the ball to activate the led light that will illuminate the entire ball. Press it again and your balls can blink. These are one of the only sets of glowing bocce balls that are official 107 mm in size. This lighted bocce ball design is the work of a veteran to the bocce ball industry and is the deluxe third edition, which is the newest edition of the glow bocce ball set. The batteries on these led bocce balls last for about 20 hours. The attention to detail on this set of led bocce ball is very noticeable. From the water-resistant led plugs that are easy to turn and off to the storage areas in the nylon bag for the extra batteries. This glow-in-the-dark bocce ball set is sure to have you playing games late into the night. Measurements: Bocce: 107mm Jack/Pallino: 50 mm 1 Set of Batteries Comes With: 2 Red led glowing balls 2 Yellow led glowing balls 2 Green led glowing balls 2 Blue led glowing balls 1 White led Glowing Pallino 1 Nylon case with storage areas 1 Set of batteries 1 Set of instructions and bocce ball rules 1 Measuring tape 1 Measuring string Simply push the water-resistant button to turn on the led light and your led bocce balls will glow into the night. These photos were taken in pitch black conditions so you can see how well they really glow in the dark! 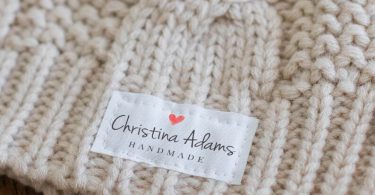 Due to covid-19 supply interruptions there may be some slight changes to our fabric. We are still... 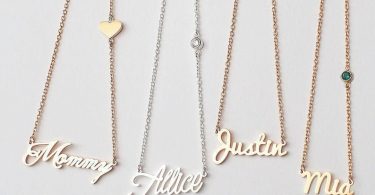 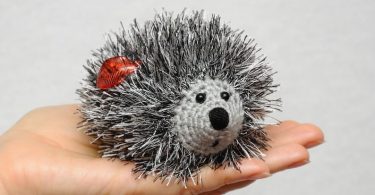 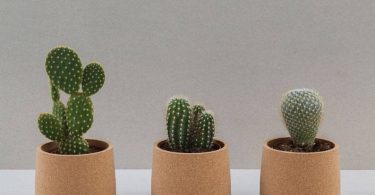 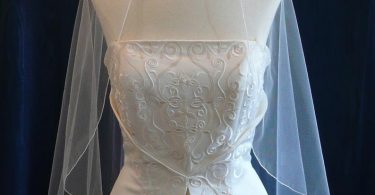 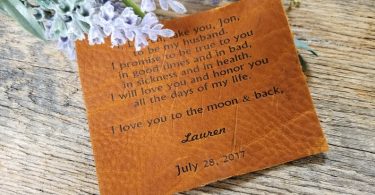 Perfect gift for your beloved husband on your 3rd anniversary or your wedding day. This leather... 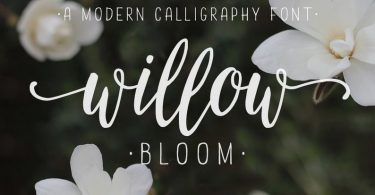 Willow Bloom is a beautiful, modern calligraphy font with a dancing baseline. This hand-lettered... 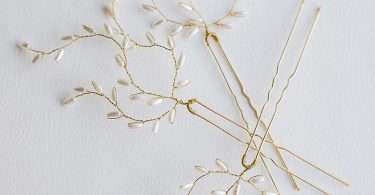 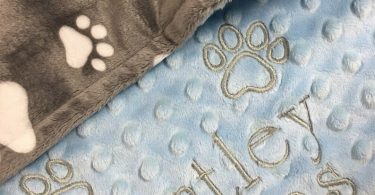 Featured Blanket: If you choose to have your blanket embroidered with a name or names, in the notes... 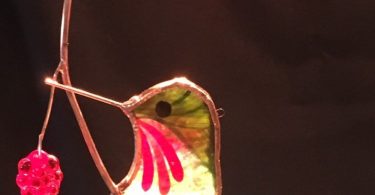 The bird itself is about 3 inches long and 1.5 inches wide; With the branches and beads, its about...