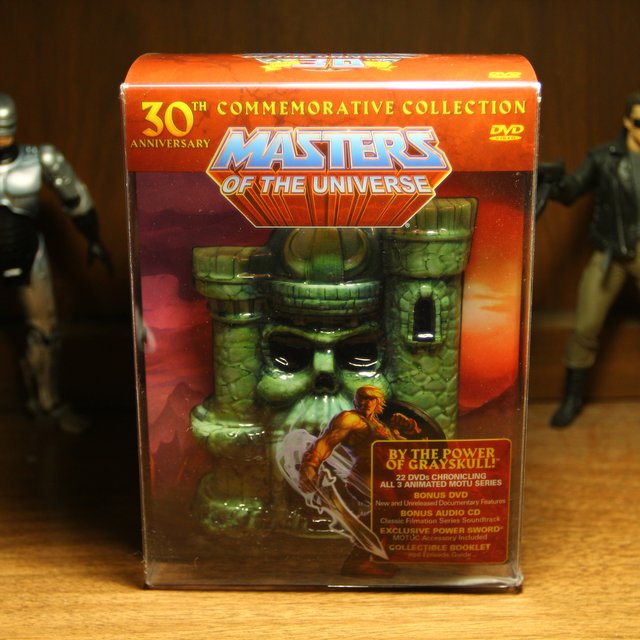 This epic, limited-edition DVD collection celebrates the adventures of The Most Powerful Man in the UniverseTM with three animated series that encompass the legacy of He-Man® and the Masters of the Universe®. The collection relives the excitement of the most phenomenal stories ever created in animation across 189 captivating episodes along with hours of ancillary footage and exclusive bonus items that comprise this definitive Masters of the Universe® collector s set.