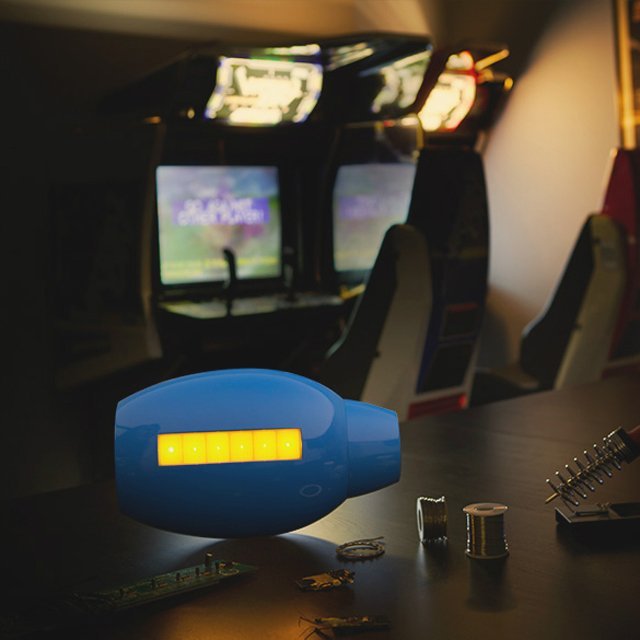 In the future, sometime in the year 200X, a war will break out between a roboticist who wishes to help the world and one who wishes it to be under his control. Dr. Light, the good robo-builder, will transform his lab assistant Rock into a super-awesome fighting robot. In Japan, this robot was known as Rockman, but he quickly became known elsewhere as Mega Man. And now you can wield the powerful weapon bestowed to Mega Man when you nab the Mega Man Mega Buster Gun Replica.

The Mega Man Mega Buster Gun Replica is a real work of art. Turn it on and you’ll hear a power up sound and watch the power meter fill up. Reach in, grab the handle, and you’re ready for action. Quickly pull the trigger and you’ll hear a single fire sound and the end will flash. Hold in the trigger, though, and you’ll watch the power meter fill and the sound intensify until you release the trigger, firing a charged shot! When you are finished vanquishing evil robots for the day, switch the Mega Buster off and enjoy the power down lights and sounds. With a Mega Man Mega Buster Gun Replica on your arm, you’ll always be ready to Rock and/or Roll. Batteries: 3 x AA (not included)