Home » cards » Never Have I Ever Game of Poor Life Decisions 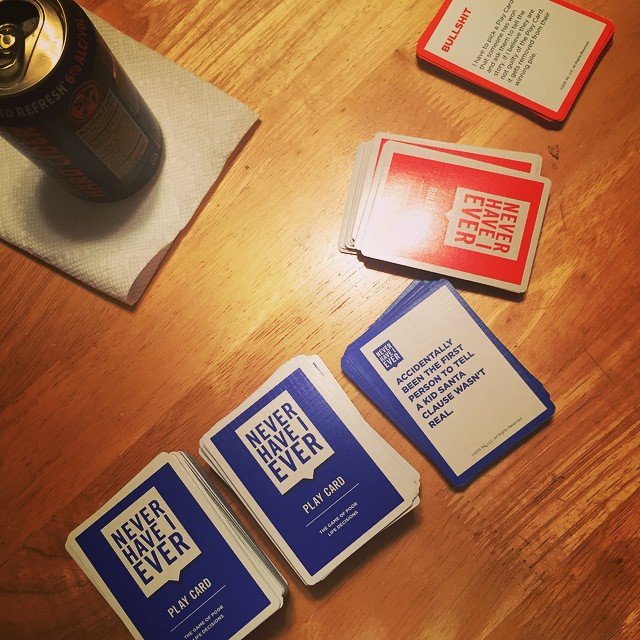 This is an Adult Card Game

Every game of Never Have I Ever presents a chance to relive life’s funny, embarrassing and awkward moments with your friends and family members. Still feeling weird about that time you called  someone the wrong name during sex? How  about when you got arrested for public  urination? Well, don’t worry, all your poor life decision-making has finally paid off. We’ve thought of hundreds of things you may or may not want to admit, and added rules to spice things up.

Here Are Some Play Card Examples