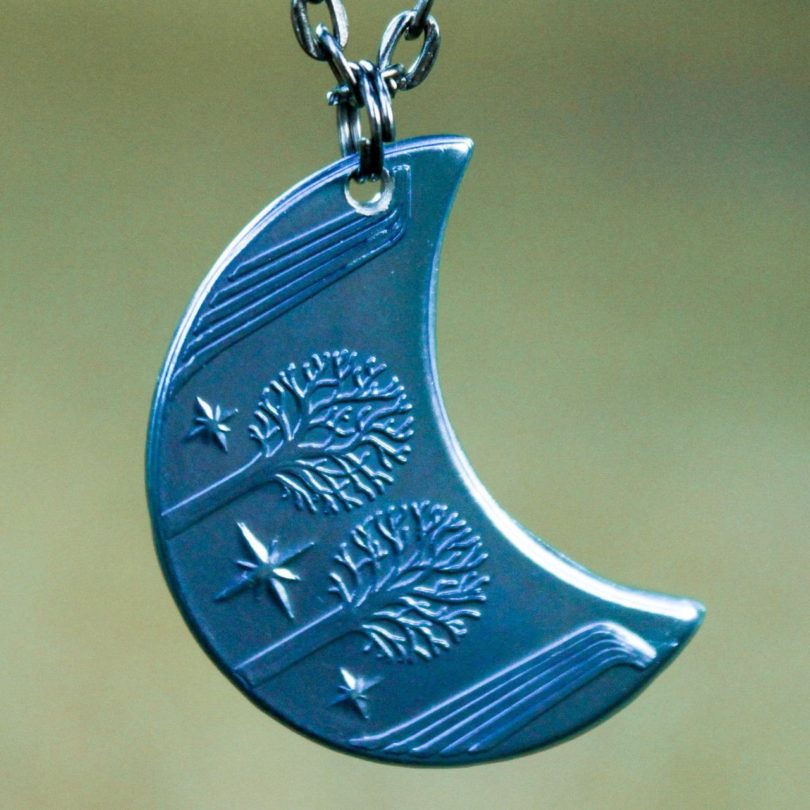 A Blue Moon of Rivendell
This unique crescent moon coin come from Rivendell (Imladris in Sindarin), during the rule of Elrond™. They depict the Rivendell valley, flanked by waterfalls, containing the ancient trees of silver and gold and the three Silmarils, represented as stars.

On the reverse, the Sindarin text inscribed in Tengwar reads, “Elrond Halfelven, Lord of Rivendell and of the Last Homely House East of the Sea, 2941”. TA 2941 is the year that Thorin Oakenshield™ and company meet Elrond at Rivendell before continuing on to The Lonely Mountain.

This Rivendell Mithril Moon Necklace from the world of J. R. R. Tolkien is struck from solid niobium and anodized a deep and lovely blue. Color may vary slightly per batch. It measures 3.17 cm in diameter, and weighs about 6 grams. Coin designed by Dylan Craig and engraved Woody Maringer.

Coins are struck one at a time in the USA using antique machinery and traditional coining techniques. A colorful description is included with history, translations, and facts about the coins. 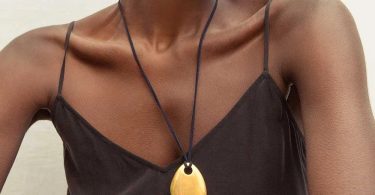