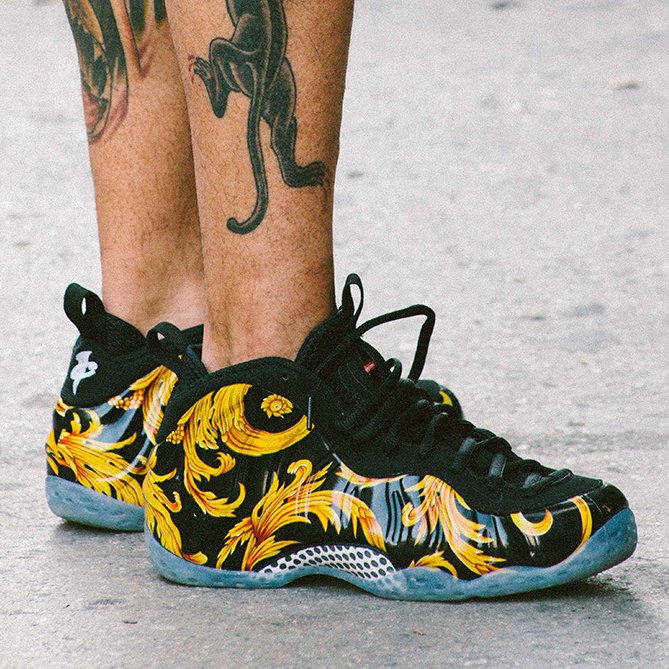 Sportswear first debuted the Nike Air Foamposite One back in 1997, the silhouette became known for its technical features and unorthodox appearance. When Supreme hooked up with Nike, they went back to their roots and gave the Foamposite silhouette a more street fashion makeover using a Versace-like graphic covering each upper.
For those that can remember, the hype for this release was insane causing the NYPD to shut down the in-store release in New York.