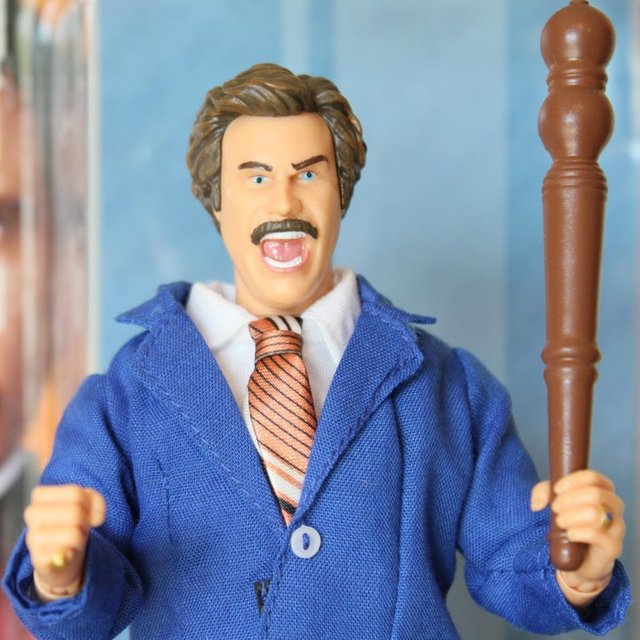 Recreate one of the most amazingly hilarious, ridiculous and iconic scenes from a comedy film in the past ever! This Anchorman The Legend of Ron Burgundy Battle Ready Ron Burgundy 8-Inch Action Figure shows Ron Burgundy as he looked mid-battle during the violent skirmish between news teams in the