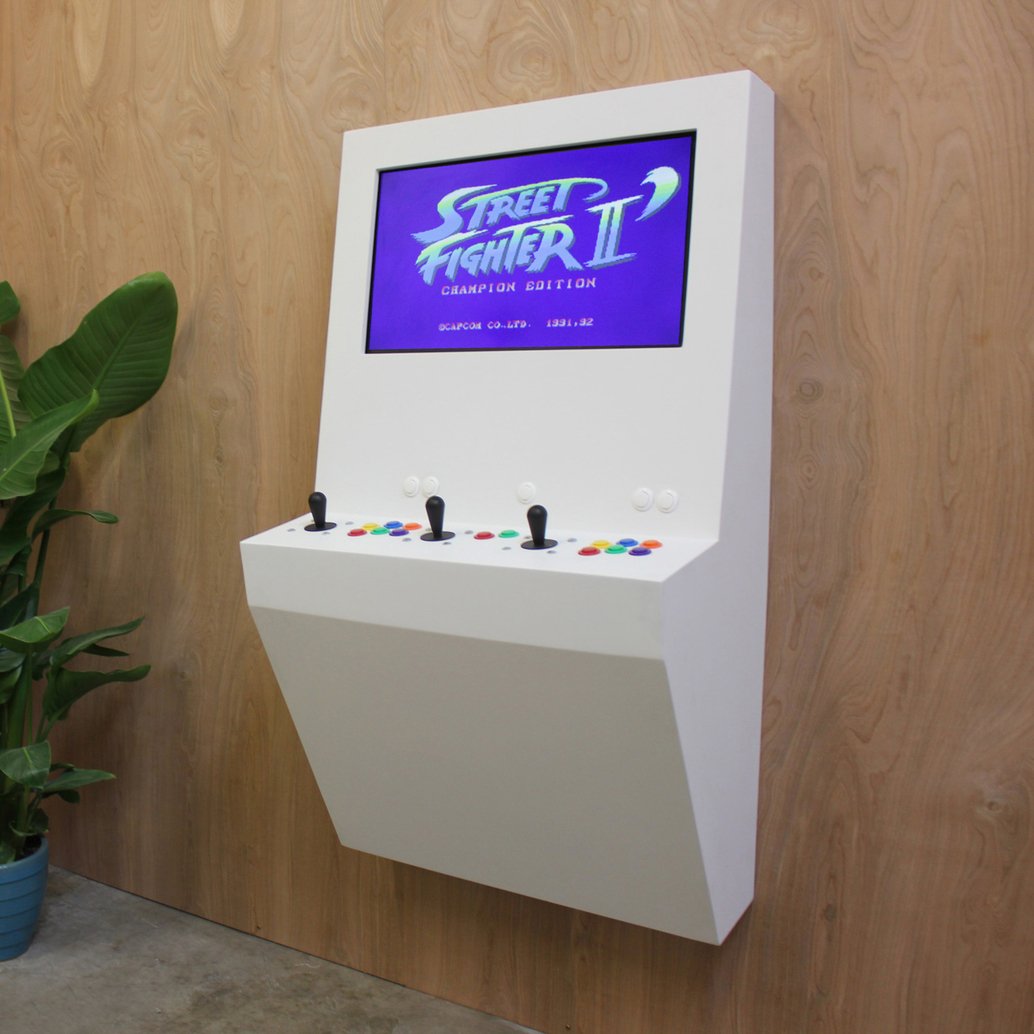 The Polycade leverages the power of the Steam appstore to provide you with a seemingly endless universe of games. Both retro and modern games are sold via the Steam appstore, so you’re sure to have great titles to keep you occupied for decades!
Compete online, share achievements with friends, and download new content. All with our easy to use control interface.

Quality Hardware
The cabinet is built from a combination of powder coated steel and laminated plywood. Each of these components is cut out by robots and assembled by hand.
Every Polycade includes a two player joystick + buttons setup as well as a trackball.
The Polycade uses Sanwa joysticks and buttons for their ultra-fast response time and reliability.
The trackball enables you to play classics like Centipede, Missile Command, Marble Madness, etc. using the original control interface these games were built for.
Additionally, the trackball doubles as a mouse for navigation or any desktop applications.