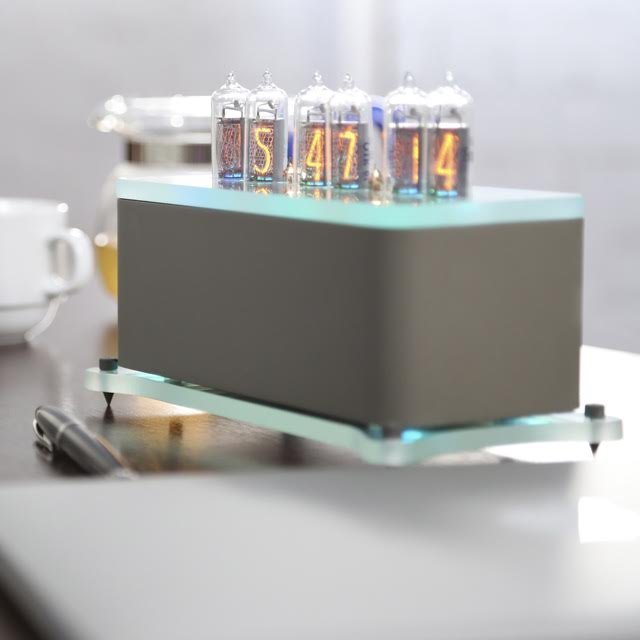 Indicators IN-14 manufactured in 1976-1984’s Rolled aluminum case (204x110x80 mm) Uncommon gas-discharge indicators IN-8 manufactured in 1970-1980s The value of this model is determined by the choice of lamps. The lamps were produced for the last time at the end of 1970s: nowadays they are an absolute rarity. The clock case is distinguished by its simplicity and accuracy. It is machined of a solid piece of aluminum that provides precise lines and a concise shape. Specially processed glass complements the image – it balances the solid case Warm and at the same time fragile lamp light Clock backlight completes the image reflecting visual mood. The lamp clock is controlled with the help of mobile application on your smartphone.

The model is based on the gas-discharge indicators which were the most common in 1960s and 1970s; they are characterized by smaller size and as a consequence – by a slim appearance. The lamps were manufactured in the mid-70s – early 80s of the last century.

The model “Levitation” received its name due to the exclusive manually processed glass: special coating and matting create the effect of mirror and lenses at the same time. Hence – the feeling of an airy case which is between indicators and light platform as in zero gravity.