We found 25 product mentions on r/AndroidMasterRace. We ranked the 76 resulting products by number of redditors who mentioned them. Here are the top 20.

Sentiment score: 1
Number of reviews: 2
Dual micro-USB and USB 3.0 connectorsHigh-speed USB 3.0 performance with up to 130MB/s file transfer from drive to computerSanDisk Memory Zone application (available on Google Play) lets you easily manage and back-up content on your smartphone and tablet25 year limited warranty (US) 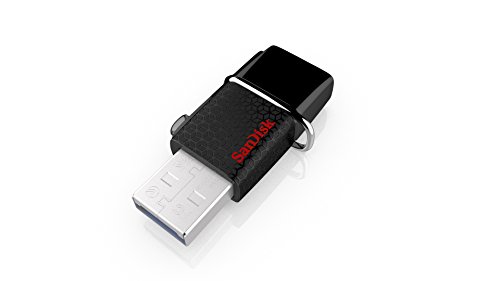 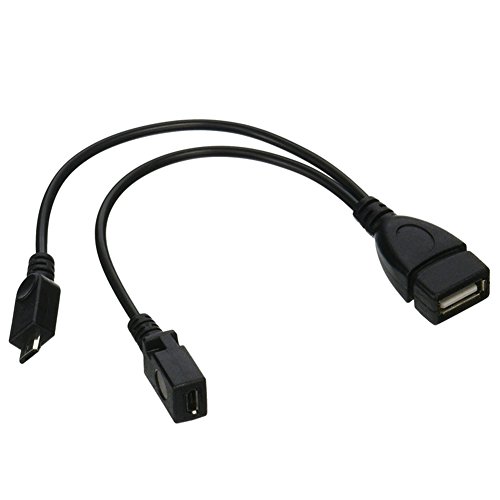 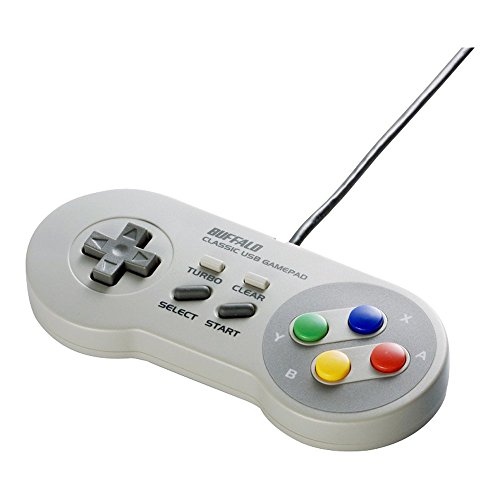 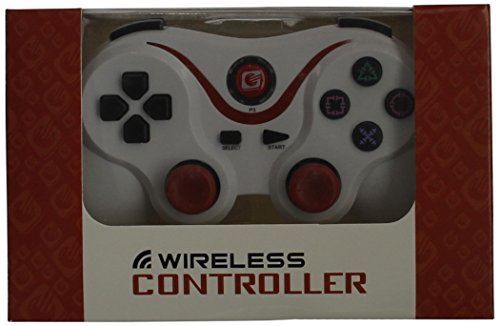 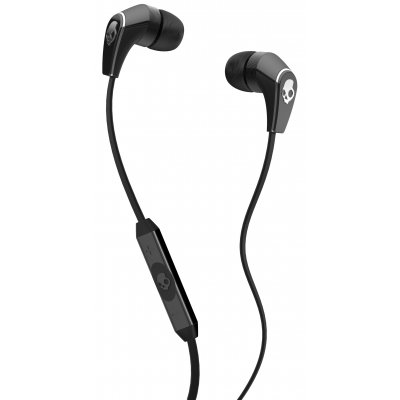 Sentiment score: 1
Number of reviews: 1
Minimum bezel; Maximum view: Designed with a minimized bezel, giving you more room to view your favorite content in a slim, comfortable form; The premium metallic finish and lightweight design make it easy to use around the house or on the goEntertainment ready: An 8.0 inches display immerses you in...

Sentiment score: 1
Number of reviews: 1
HIGH QUALITY REPLACEMENT SCREEN (GLASS ONLY - DOES NOT INCLUDE DIGITIZER): The replacement screen included in this kit is made from very high quality tempered glass that, if installed correctly, will have exactly the same functionality as a much more expensive authentic OEM Samsung screen replacemen... 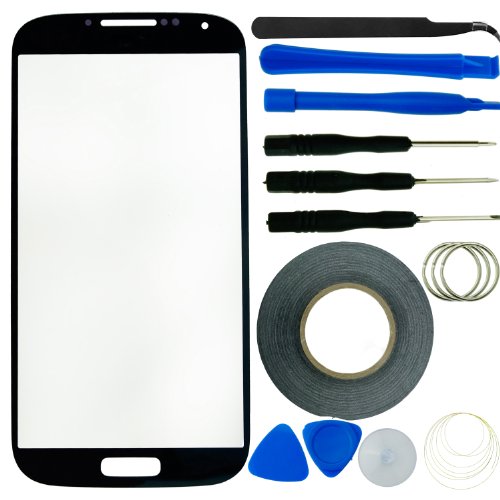 Sentiment score: -1
Number of reviews: 1
KEYBOARD AND MOUSE COMBO The Logitech MK270 Wireless Keyboard and Mouse Combo includes a full size keyboard and a precision mouse so you can work comfortably away from your computerThe MK270 includes a plug and forget receiver that cleverly stores inside your mouse for safekeeping. System requiremen... 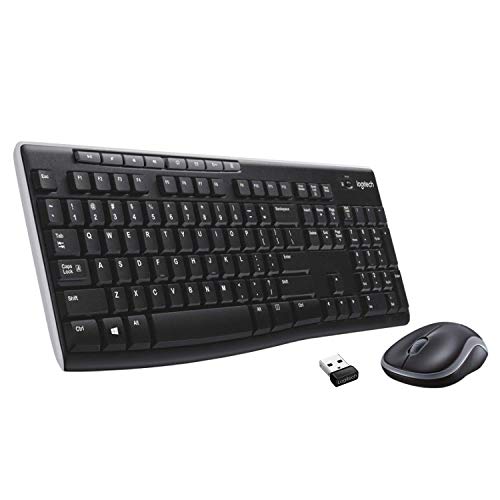 Sentiment score: 1
Number of reviews: 1
View notifications from email, SMS, Caller ID, calendar and your favorite apps on your wrist.Includes Pebble timeline, a chronological display of calendar and notificationsDownload watch faces and apps to suit your style and interests.Control music playing on iTunes, Spotify, Pandora and more.Rechar... 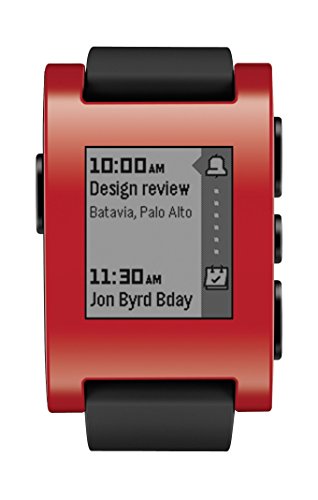 Sentiment score: -1
Number of reviews: 1
Bluetooth 4.0 (2.1+EDR backward compatible); Support A2DP profile; Store 8 paired devicesSuperior wireless performance; Transmit up to 66 feet away with line of sightTap-and-pair and tap-and-connect the receiver with NFC-equipped Android, Windows 8 and Nokia phonesPlug the receiver into any A/V rece... 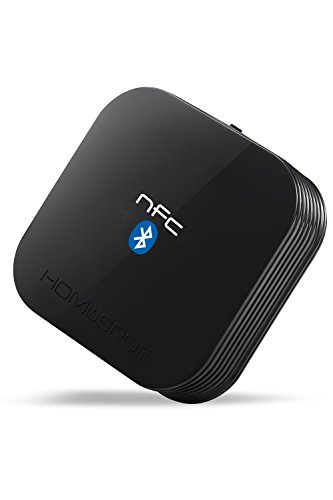 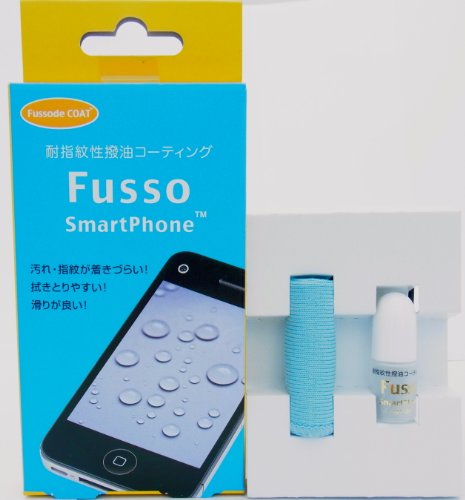 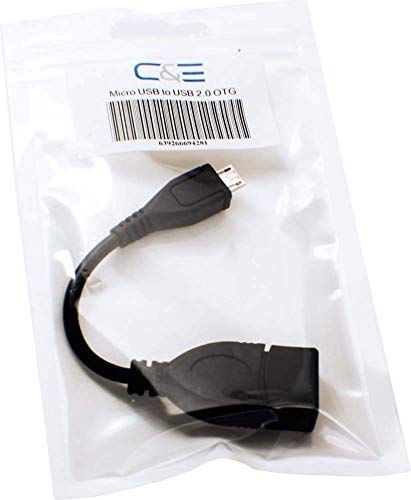 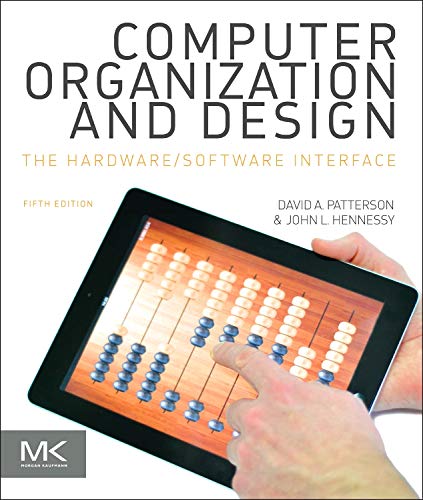 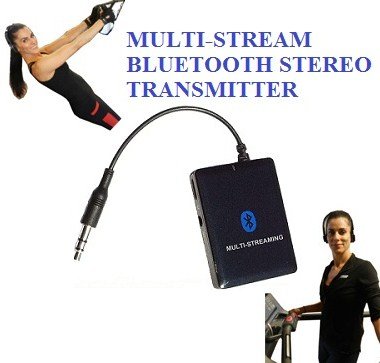 Sentiment score: -1
Number of reviews: 1
Connect your peripheral devices like mice, keyboards and more to your portable electronics such as cell phones, eReaders, tablets, and laptops with this micro USB OTG (on-the-go) to USB 2.0 adapter.Functions depended on the device's operating system and applications.Operate small USB peripherals by ... 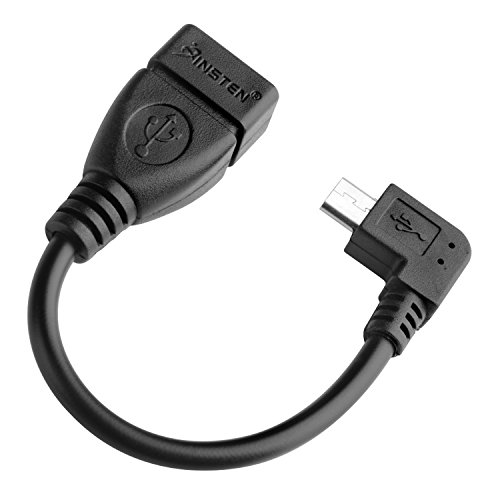 16. Aux Cord for iPhone,3.5mm Aux Cable for iPhone 7/X/8/8 Plus/XS Max/XR to Car Stereo or Speaker or Headphone Adapter, Support The Newest iOS 11.4/12 Version or Above 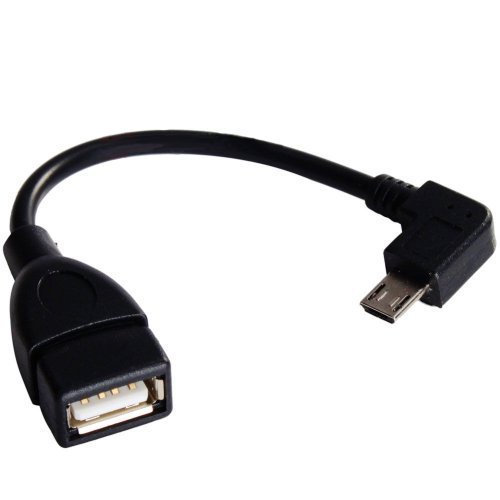 Sentiment score: 1
Number of reviews: 1
It can be found on many of the newest phones by Motorola RIM (Blackberry) Palm and Kyocera among othersGuarantees 100% compliance with current USB specifications. 28 AWG data conductors and 24 AWG power conductorsGold Plated Connectors for corrosion resistance ensuring consistent and reliable condu... 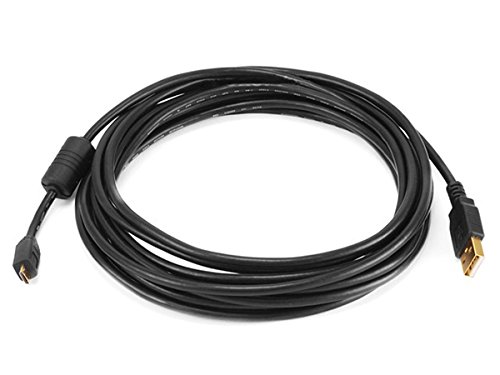 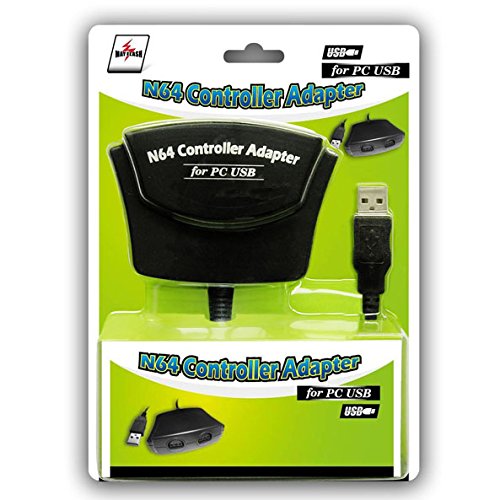 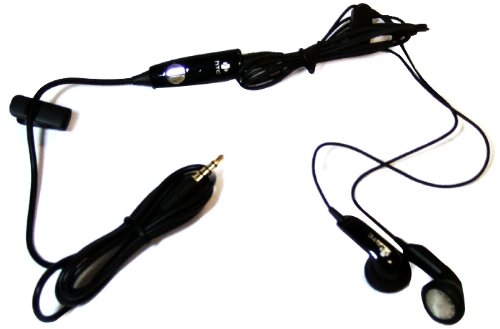 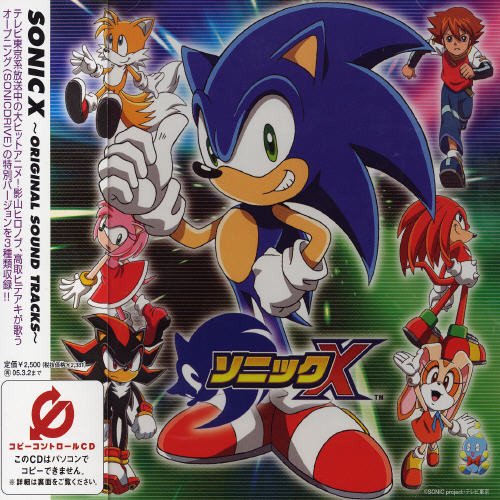 You can definitely get a original Pebble for £50, (not including VAT probably).

I love my Steel version of the original, and the timeline update (yours will ship with it installed) is fantastic.

If s6 (most likely yes) has same 3,55mm port as s5 then I would recommend htc u350 headphone adapter.

With them you can use any standard 3,55mm headphones as hands free kit, you can control your music (1 click play/pause, 2 clicks next track, 3 clicks previous track) and if you want you can also set click and hold as volume + and doubleclick and hold as a volume-.

Don't worry about those headphones that are in the picture, you can just take them off and use that adapter part with any headphones.

Added bonus is that, if you have PlayStation 4 you can use those htc u350 sets with ps4 headset too, microphone works well with multiplayer chat.

Yes these are just single button ones so no volume control, but it is just awesome to be able to use my big cans with my music and still be able to go directly to incoming call.

Holy cow it's crazy to be even replying in the same thread as you. Android master race bow down to one of your leaders!!

Good to know about the efuse, I've been rooted since day one so I haven't had to really follow the new news on updates to the rooting process.

/u/Phred_Felps, if you need more info and this guy is offering I'd take him up.

I guess I can take this time to ask a question of my own. My screen just cracked and I was planning ordering a replacement on amazon and giving it a go. It's the first time I've done it though and I don't want to break the digitizer. Is there a model you recommend and do you think it's worth the risk? I was thinking of going with this kit, mostly because it's the most popular:

&gt;And the red ring was only on the Xbox 360, using that in an argument is like me saying PC is bad because Mac can't run games.

Macs can run games, they just tend to have about 1/4 the power as a Windows PC the same price.

&gt;And of course the console would be more expensive if you would buy all the new titles that come out, you think it'll be different on pc if you decide to buy all those games?

www.humblebundle.com, http://www.gog.com/, http://store.steampowered.com/ Youre trying to tell me games are the same prices?

&gt;Some people prefer a console's OS, want to plug and play and can afford all of it, like the controller, and I'm sure there are many more reasons. You just need to accept that there are other opinions than yours.

PC is plug and play, sometimes moreso than a console. You can plug any controller ever made into a PC, I can play Call of Duty on a Super Nintendo controller if i want. I can even plug in a wireless Xbox 360 controller adapter and play Mario Kart with 8 people in the game.

There may be other "opinions" but they are wrong.

If you dont like Windows, you can play games with this: http://store.steampowered.com/bigpicture

You can get an adapter that takes plugs into your phones micro USB port and gives you a full USB port as well as a micro USB female port for charging. I use one for my NVIDIA SHIELD portable, which I use as my "console" to stream PC games to the main TV rather than my bedroom.

Ahh the glories of Android.

Edit: Something like this. Not necessarily recommending this specific cable, just the style.
http://www.amazon.com/dp/B00CXAC1ZW/ref=cm_sw_r_udp_awd_53GKub0J4BMB4

I do something similar now using this cable. Quick, painless, gets my files that I keep on the drive on and off the phone easily. I also used it last week to transfer some books I downloaded onto my phone onto my kindle. Honestly a very handy tool to have tucked away in your bag.

And the red ring was only on the Xbox 360, using that in an argument is like me saying PC is bad because Mac can't run games.

And of course the console would be more expensive if you would buy all the new titles that come out, you think it'll be different on pc if you decide to buy all those games?

Some people prefer a console's OS, want to plug and play and can afford all of it, like the controller, and I'm sure there are many more reasons. You just need to accept that there are other opinions than yours.

I swear by the Skullcandy 50/50 model, but I wish they would make a bluetooth pair. I just bought a pair of refurb Powerbeats 2 and they suck...way to much bass. I'll probably give the beats to my wife.

All the emulators have easily configurable game controller layouts, and I'm sure the controller is cheap on eBay.

I'm not sure about third-party replacements, and I wouldn't recommend it.

To be honest with you, I'd take it back to the store and ask for a refund. If you're in Australia and it's under warranty period, you have right to do this. Then perhaps buy a better android phone. The galaxy s5 was not robust in my experience.

Alternatively, take a look at the fusso oleo phobic coating you can buy online and reapply it on the screen yourself and I presume it's higher quality than the one Samsung uses.

http://www.amazon.com/Worlds-Fingerprint-Oleophobic-Coating-SmartPhone/dp/B008H2GFUW - that's the coating and it's available on different stores for different countries and there are other alternatives. You can also buy the slightly more expensive tablet version if you want a bigger bottle for reapplications ;)

They make super long cables for that. https://www.amazon.com/dp/B002KL5BLK/ref=cm_sw_r_udp_awd_Bvx0tb19YX3K4VF4

The Samsung Galaxy A "8" tablets seems to be pretty good based on the specs and price, along with the fact they come with Android 9.0. That's at least a place you can start looking. However it does still have micro USB instead of USB-C, not sure if that's a problem or not.

Plus if you want a drive that you can easily leave in your phone, they make micro USB flash drives and microsd adapters that are much smaller than the one shown.

Here's the one I use

http://www.amazon.ca/SANOXY-Micro-USB-OTG-Adapter/dp/B005QX7KYU This OTG cable and a bluetooth keyboard I found lying around.

You could always jerry-rig one of those bluetooth receivers to the aux jack... We did it for my mom's old minivan and just taped the loose cords down.

Features NFC, too... Still gotta be able to show off a little.

honest question: are you trolling?

I have no idea, how you could've read the text, that you've just quoted, and still think that flash storage somehow works "like paper"

flash storage are maaaaany different small disks
small disks can write veeeery fast
but small disks also get broken, after writing a looooot of times
hurts
cheap disks get broken faaaaast
expensive disks get broken sloooow
but, there is good news:
if one disk dies, others are still there to work
yaaay
but they are not as fast as before :'-(

And now ELI17 (which is probably your actual age):

First of all: the flash storage that you buy from the store (in any shape or form) isn't the same as device manufacturers use as components for their devices. Especially when we're talking about embedded systems (you think they put a Samsung SSD inside their smartphones? They don't!) manufacturers want to save money, and therefore usually go for the rock bottom cheapest option they can get. (just like they use the shittiest reject fruit to put into jelly)

And secondly: A PE cycle doesn't mean that something gets deleted off of the disk, whenever you uninstall an app or delete a music file. An operating system that works entirely on a flash storage is constantly writing and deleting files! Every time you leave an app in Android, (and the onStop() method of the activity is called), the app gets cached on the storage to free up ram (DRAM)

therefore you have hundreds or even thousands of delete operations every day, especially with TRIM enabled.

Don't be a retard. Either fully read the links I've provided, or just stop arguing about something you know absolutely nothing about. Don't just Ctrl+F through an article to find signs for things that vaguely sound like they'd make your argument. And stop claiming that flash storage is like paper. I'm usually a big fan of analogies, but I have no idea where you pulled this one out - especially because it doesn't make any sense

if you're actually interested in this subject matter.....I purchased this book, when I was studying computer science:

http://www.amazon.com/Computer-Organization-Design-Fifth-Edition/dp/0124077269/ref=dp_ob_title_bk (this is the newest edition, I have an older one)

it's a pretty good point of reference for understanding how computer hardware works. it is very dry though