We found 33 product mentions on r/GalaxyNote3. We ranked the 56 resulting products by number of redditors who mentioned them. Here are the top 20. 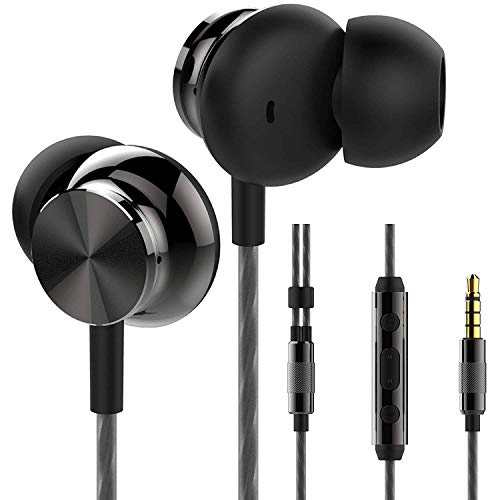 Sentiment score: 2
Number of reviews: 3
Easy one touch mounting system locks and releases the device with just a push of a fingerSuper sticky gel pad sticks securely to most surfaces, yet is still easily removable (please note, most likely will not work on leather/ vinyl dashboards)bulletsSuper strong suction cup can be restored to its mi... 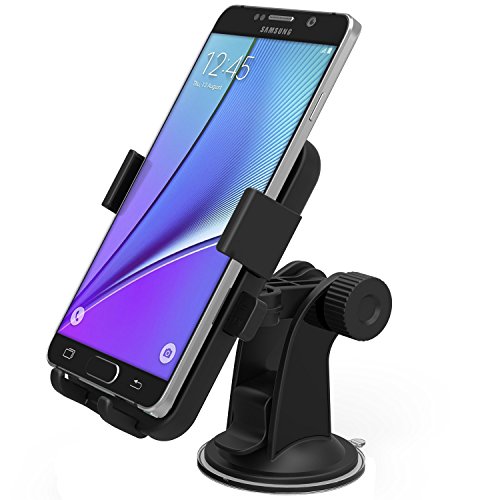 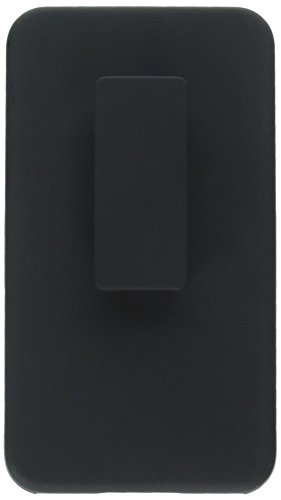 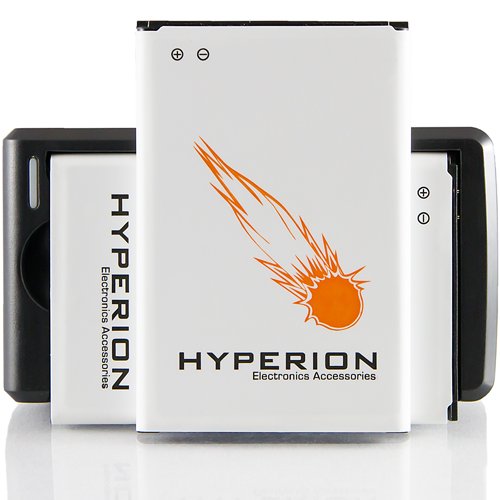 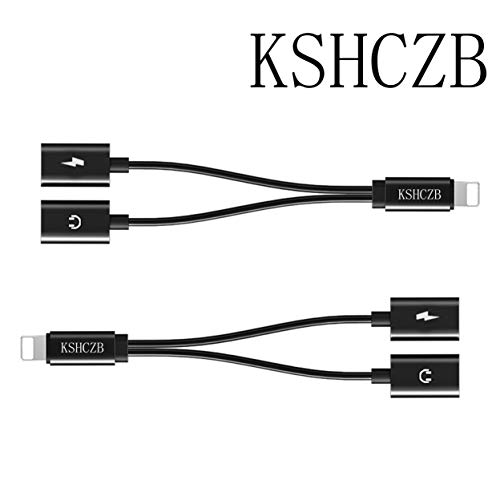 Sentiment score: 0
Number of reviews: 2
Ideal for connecting USB 3.0 enabled PC peripherals such as hard drives, printers, network hubs and moreEnables throughput of up to 4.8Gbps when used with a USB 3.0 host and deviceConstructed with corrosion-resistant, gold-plated connectors for optimal signal clarity and shielding to minimize interf... 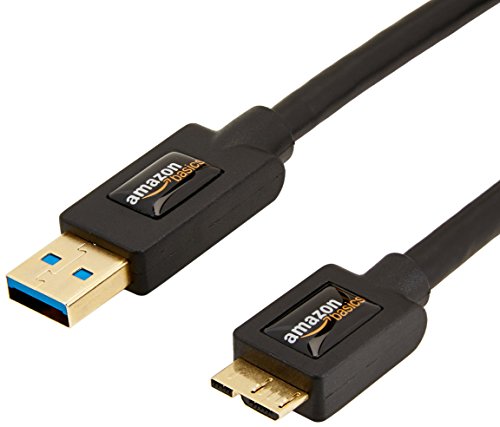 Sentiment score: 0
Number of reviews: 1
One USB 3.0 Cable - A Male to Micro B - 6 Feet (1.8 Meters)Ideal for connecting USB 3.0 enabled PC peripherals such as hard drives, printers, network hubs and moreEnables throughput of up to 4.8Gbps when used with a USB 3.0 host and deviceConstructed with corrosion-resistant, gold-plated connectors ... 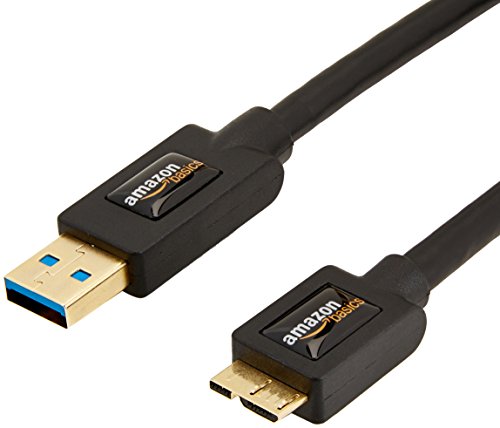 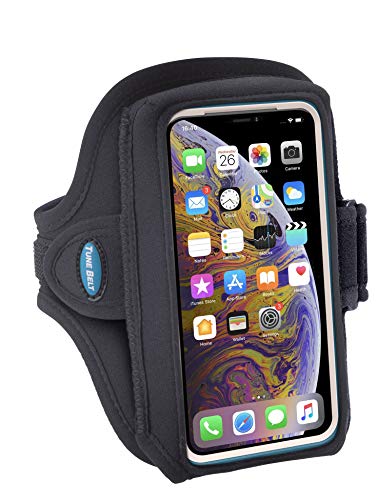 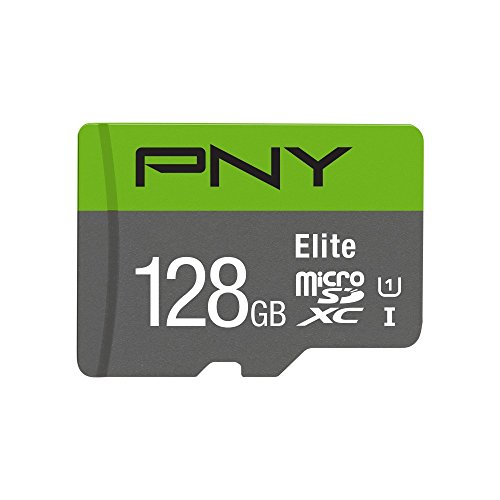 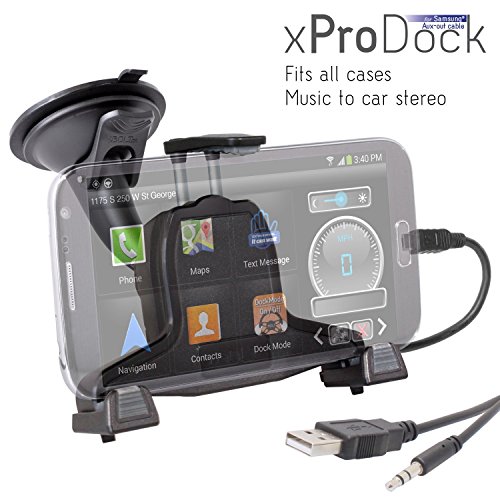 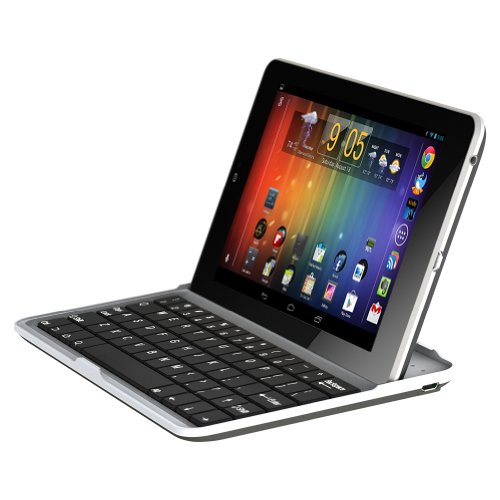 Sentiment score: 1
Number of reviews: 1
For iPhone 6S and 6 with case Galaxy S6 and phones with screen size up to 5.3 inches or 5.5 inches in heightIncludes a small storage pouch and touch compatible coverNeoprene armband secures with nylon hook and loop closure2 year limited warranty 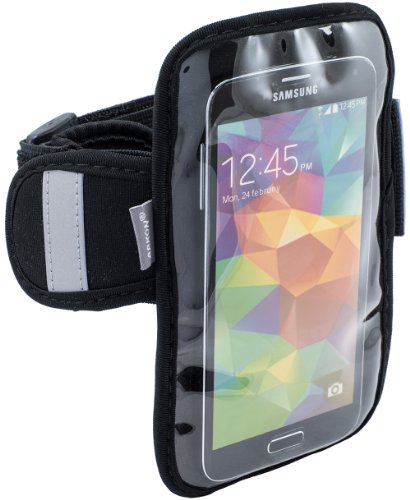 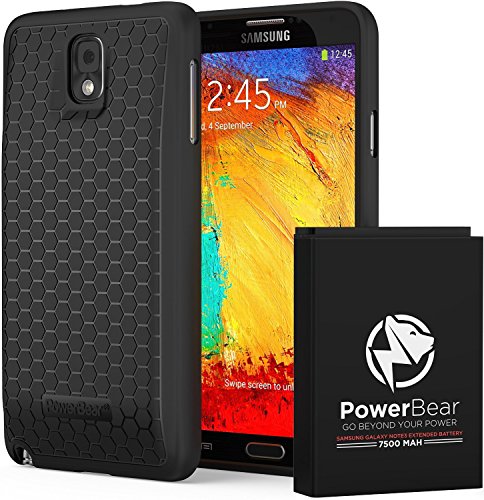 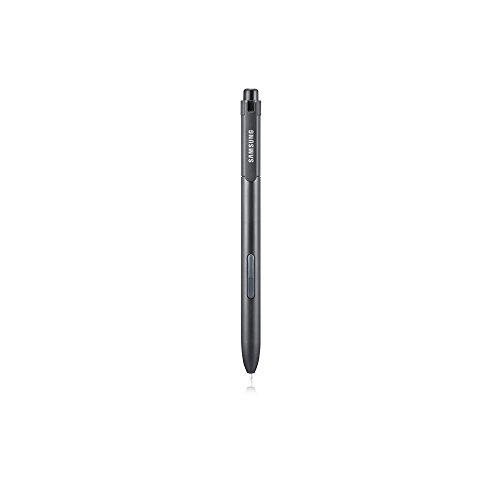 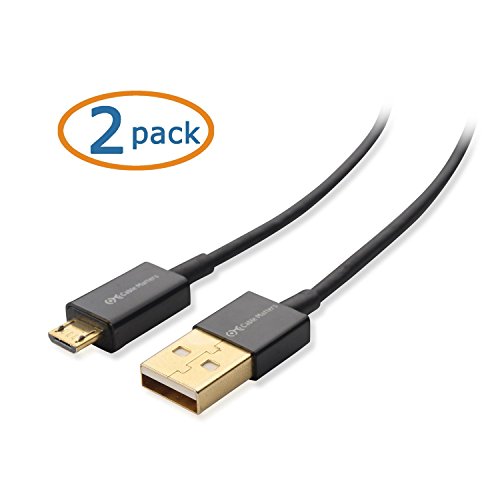 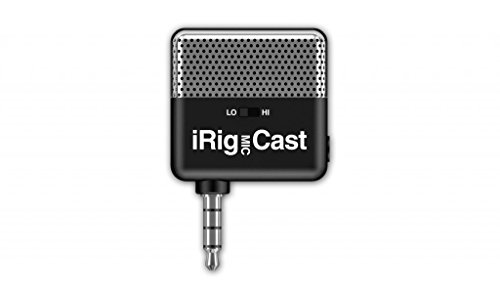 Sentiment score: 0
Number of reviews: 1
This Ir Receiver Extender Cable Is A Receiver Device For Use With Infrared Remote ControlsIt Plugs Into A Source Device Or IR Extender And Serves As The IR Sensor For Remote Control InputIt Is Compatible With The HDMI Extender Wall Plates From MonopriceCable Length 5 FeetReceiver included onlyThis I... 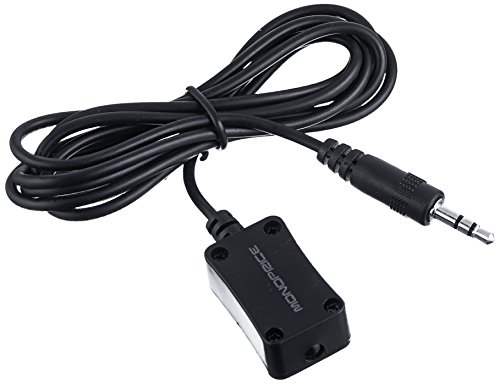 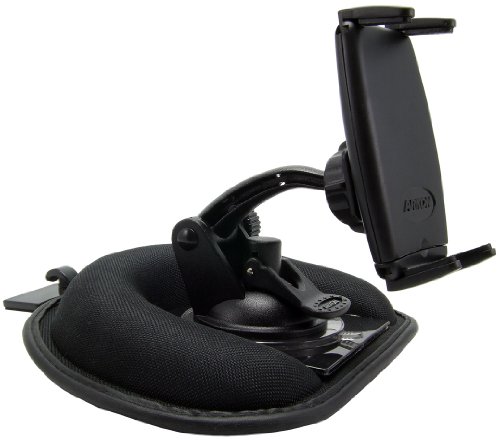 Sentiment score: 0
Number of reviews: 1
AVOID RETURNS: USE ONLY WITH CABLE BOXES WITH AN ACTIVE IR IN PORT LABELED IR IN OR EXT. IR LOCATED ON THE BACK OF THE CABLE BOX. If the lbox is listed as compatible but does not work when plugged in try unplugging the power from the cable box for 30 seconds while keeping the receiver plugged into t... 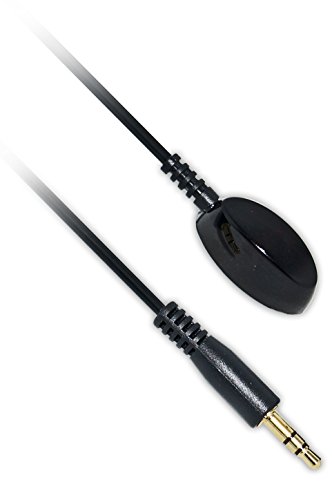 I picked up this case and abso-friggin-lutely love it. The phone's so slim, and this case doesn't bulk it up... I had two people ask me if I was going to get a case for my phone... then I told them it was ALREADY in a case!

I also picked up this car mount that I love. It's not specific to the Note 3 but is much nicer than most universal mounts I've found and the company also provides a car-dock app that amazingly ISN'T garbage! This car mount works whether your phone is in a case or not but isn't nearly as bulky as a lot of universal mounts.

I use AutoGuard BlackBox as a dashcam app with this mount and the iBolt Dock'n Drive dock mode. It works great. I have the Dock'n Drive turn on Bluetooth only when I mount the car in the dock and it turns it off when I remove it from the dock as well. It's all around a very nice setup.

I have the iOttie One Touch XL and love it. The super sticky suction cup is awesome, and getting my phone in and out of it is completely no fuss.

I used to have an iPhone 4S and had an Arkon friction mount for it, but I got fed up with it because the suction cup kept coming unstuck from the base in the middle of driving. I love the idea of a friction mount because then I can move it out of view very easily when it's not in use, so when I got the iOttie and saw how sticky the suction cup was, I put it on the Arkon base, and it works like a charm.

I don't care much for sleek on a phone when a Zerolemon or something similar is available. I have my first Gen Nexus 7 with no case, and I baby my tech, so there's only one little scratch on it after almost 2 years. I've had it since August of 2012 and had a flip cover on it for a couple months when I first got it, because flip covers are cool. but I got a cheap one and it got filthy, so I stopped using it.

right now I've got a Captivate Glide with a Hyperion battery. the phone was already a little bigger because of the keyboard, but I nearly doubled its width to double my battery life. I would easily do the same on a Note 3 with a Zerolemon, which will triple the battery capacity. that's just me though. I'd rather have it be a little bulky with 4 days of battery life on light to moderate usage. that and one of Zerolemon's protective cases will be ideal for me. with a Zerolemon, it's worth the trade-off. but if it was just a case, I don't need it. both of my main devices are unprotected right now. I've thought about getting one of these for my tablet, and I've also thought about getting an Asus flip cover for it. one of the nice ones. as for the phone I have now, cases don't exist that fit over it with the battery. but this used to be my brother's and he's dropped it more than I have and there's not a single scratch on it. not everyone is that careful, and with a nice case, they shouldn't have to be.

what program was that, by the way? I've never heard of such a program. is that perhaps buried in the SDK somewhere?

I was surprised not to see the one I use listed, but then realized most folks probably don't think of this when they think of cases even thought it is one.

I am referring specifically to the ZeroLemmon combination rugged case and 10000 mah battery:

It gives you much of the same protection as the Otter Box while also letting you go days (literally days) without having to recharge. Reviews on the Amazon site are pretty positive as well. If you're going to spend $50-$60 on a case anyway...

The case fits snugly and seems to offer some good protection. I like that it has a raised lip covering the screen to hopefully stop any scratches (still waiting on screen protector). I must say, I bought this case thinking it would be a temporary case while I waited for an otterbox to come out, but i think I may just end up keeping this case.

It's definitely worth the $20 price tag. One last thing, the seller shipped it fassst.

How would you rate this compared to something like this:

For an extra battery, seems like a reasonable deal. With NFC. Personally, I've purchased a setup like this for a previous Note 2 that my girlfriend now owns, and seems to be working fine for you.

Do you need to use your phones charge cable and/or wall plug to use this? Seems silly not to include such a thing, or make it plug directly into an outlet... but I dont know. Any additional info appreciated.

I have this case. And it works like a champ. If you have a car cd player. http://www.amazon.com/gp/aw/d/B007FH716W/ref=redir_mdp_mobile?psc=1&amp;amp;redirect=true&amp;amp;ref_=oh_aui_detailpage_o01_s00

I use this for my Note 3. Works great.

I would check to see if your receiver has a secondary IR receiver port. Usually a 3.5mm jack on the back of the unit for an external IR receiver you can mount outside of your cabinets. Something like this.

Edit: Here is a much cheaper version.

Ok, yes, I get that. What I'm saying is the only thing avaliable in my town is this... the USB 2.0 micro B. But maybe my town is just in the stone age and no one carries them, which wouldn't surprise me in the least.

If you do get them from Amazon, get the Amazon Basics brand cable. The cable is thick and I have several of them and none have failed since I ordered the first one in April.

i have that case, and i use this holder:

JUST fits, holds the weight very well, and when you aren't using that particular case, it works fantastically with smaller cases (which i use quite a bit as well)

This the finest phone holder made:
http://www.amazon.com/Mountek-nGroove-Universal-Phones-Devices/dp/B004G1L52Q/ref=sr_1_1?ie=UTF8&amp;amp;qid=1404748088&amp;amp;sr=8-1&amp;amp;keywords=cell+phone+holder+CD+slot

You need to check Amazon for an extended battery. I don't know how to post pix, but my battery life, with HEAVY downloads and constant Bluetooth (smart watch &amp; earpiece) is
36% remaining, with 23 hours, 7 minutes and 6 seconds. This is just a random day for me..

I don't use my phone heavily, so it rarely gets hot. I would assume heat issues are from heavy use not from SD cards. note3's have thermal protection, but I've only triggered mine by leaving the phone in sunlight.

This one hasn't sold out yet: http://www.amazon.com/AmazonBasics-USB-Cable-Micro-Meters/dp/B008EQZ25K

Three days of heavy use

Oh, I guess I didn't specify, but I meant the Zerolemon extended battery, which fits on the Note 3 in its own case (see here). It's not an external charger, so no cables needed.

currently waiting on my doorstep at home, I'll post up what I think of them when I get home...

With this mine lasts a few days with even heavy use. Disclaimer: phone is now a blunt force self-defense weapon.