We found 21 product mentions on r/VirginiaTech. We ranked the 71 resulting products by number of redditors who mentioned them. Here are the top 20.

Sentiment score: 0
Number of reviews: 1
Dual-blade operation for a powerful, cooling breezeTwo speed settings and manual-reverse airflow controlWater-resistant motors are safe to use during rainy weatherDesigned to fit most double-hung and slider windows. Ideal for large rooms up to 500 sq. ft.Adjustable extender screen and extender panel... 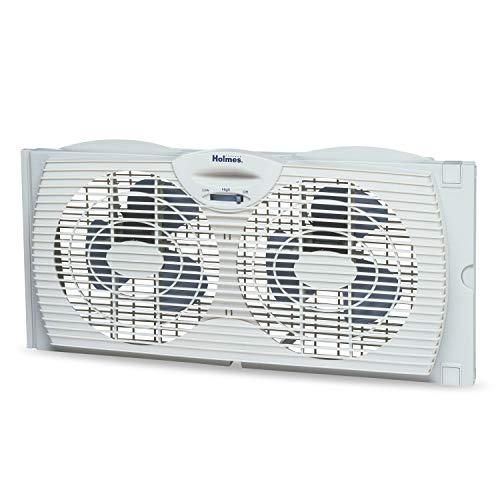 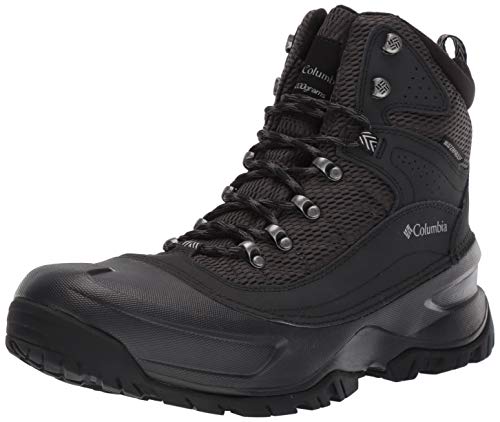 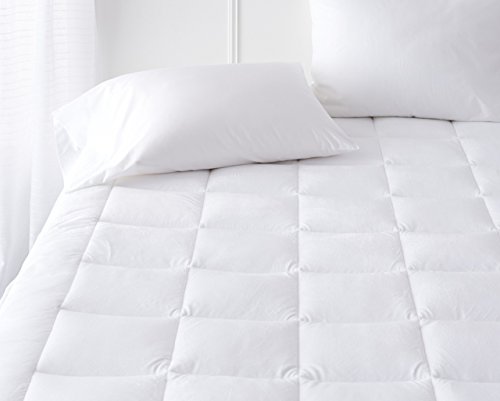 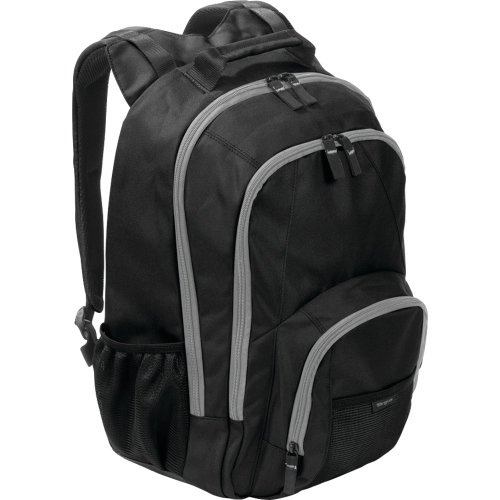 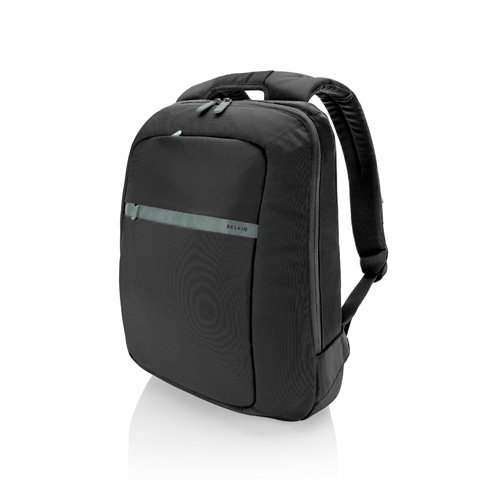 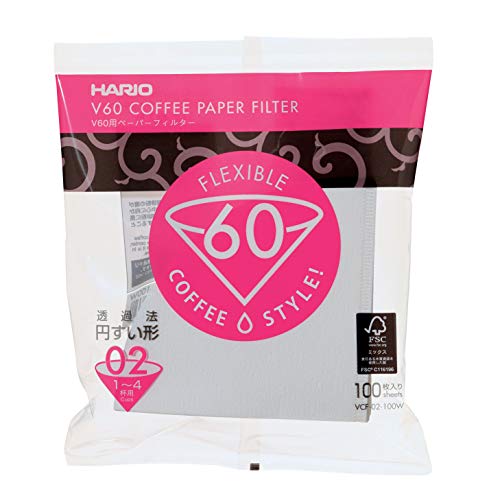 Sentiment score: 1
Number of reviews: 1
Grab-A-Cup Auto Pause stops cycle if you need a cup before brewing is finishedDual water window allows visibility as you fill—no more overflowsIndicator light lets you know when your coffee maker is on or offRemovable filter basket for quick and easy cleanupUse the cord storage to store excess cor... 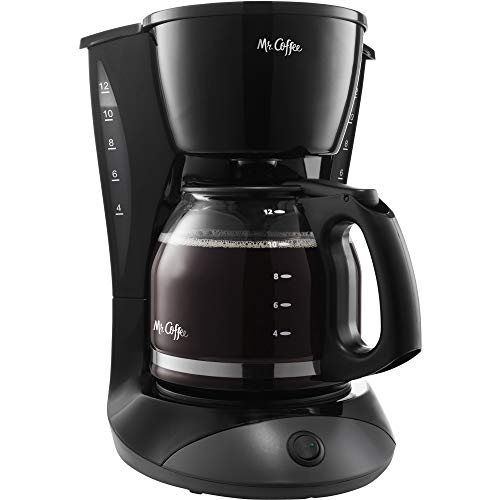 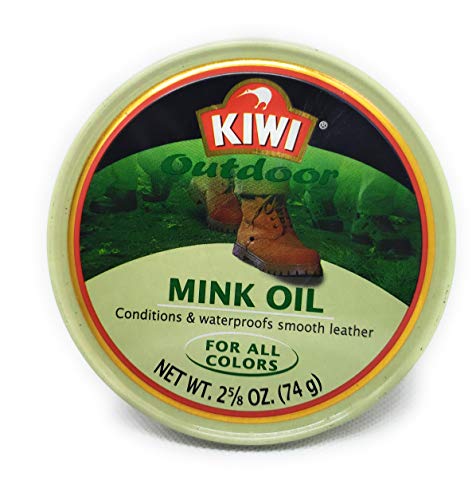 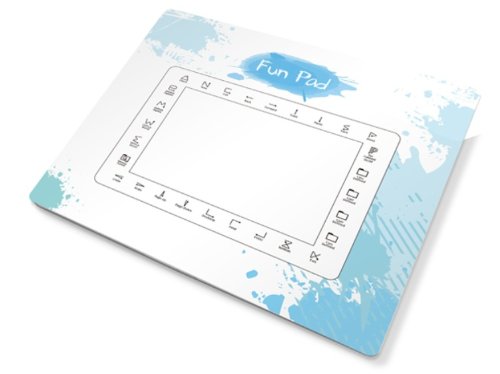 Sentiment score: 0
Number of reviews: 1
【EXCELLENT COMPATIBILITY】: Upgrade chipsets, making the adapter compatible with all Lightning devices running iOS 10.3 or higher.【4 IN 1 FUNCTION】: Supports up to 24-bit / 48 kHz audio output. In addition, it not only supports music loading and listening, but also remote controls and m... 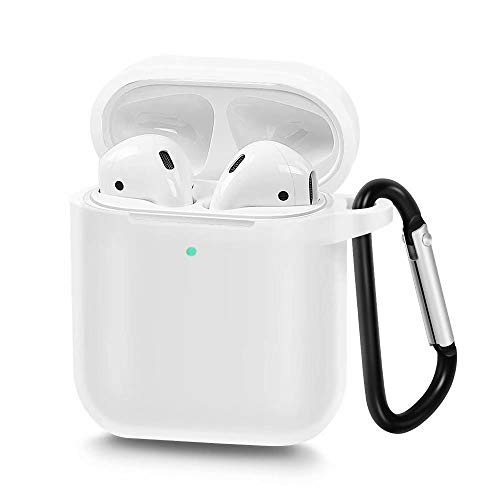 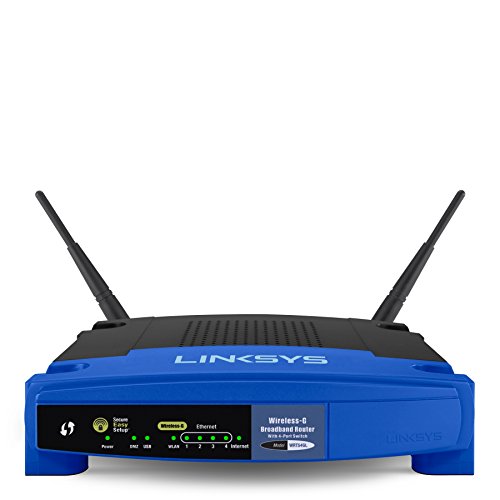 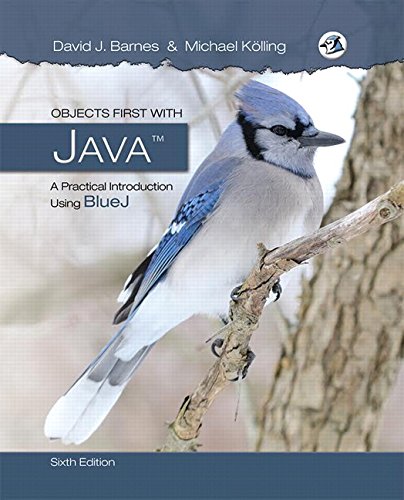 13. Awol on the Appalachian Trail 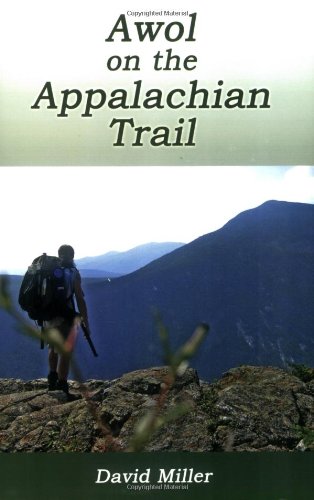 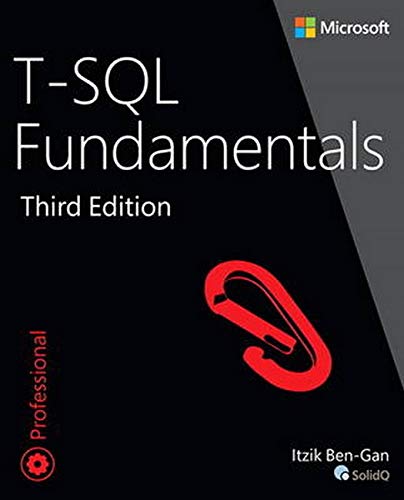 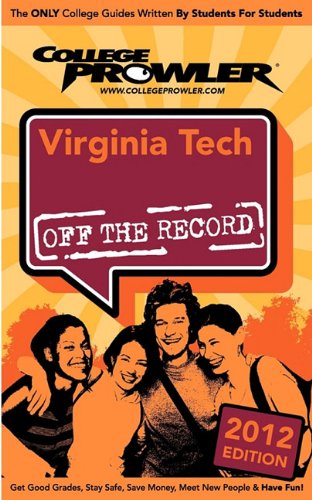 16. Materials Science and Engineering: An Introduction 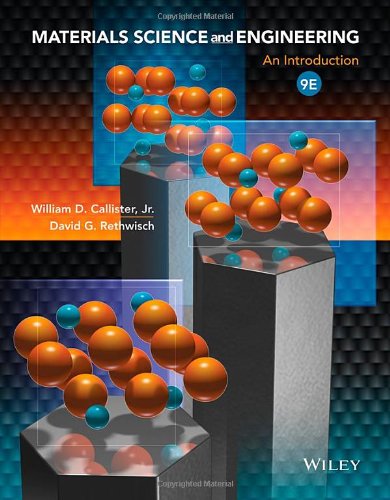 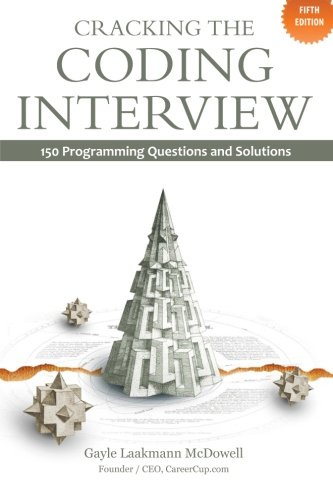 18. 50 Hikes in Southern Virginia: From the Blue Ridge Mountains to the Atlantic Ocean, First Edition 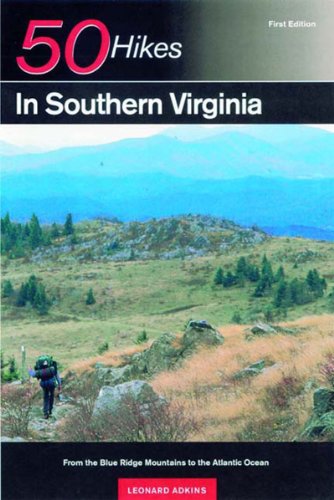 19. How to Prove It: A Structured Approach, 2nd Edition 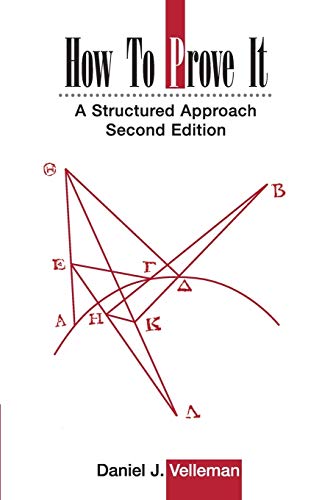 20. An Introduction to Fourier Series and Integrals (Dover Books on Mathematics) 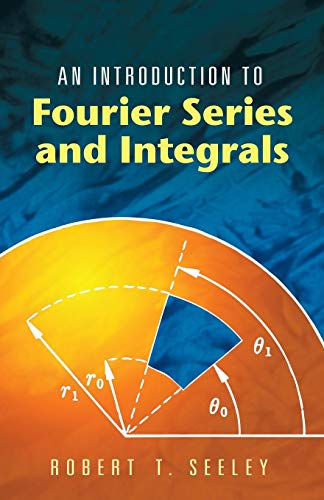 I'm old, and I cling firmly to the age-old adage of "Never go cheap on anything that rests between you and the earth." That includes shoes, tires and mattresses.

If you buy "Bean Boots" get the flannel/chamois lined ones at a minimum. Saving $20 for the unlined ones is a bad move.
The Thinsulate-lined ones and shearling (fur) lined ones are almost too warm for Virginia, but if you are unaccustomed to cold weather, it might not be a terrible purchase.

DO buy 3 pair of tall, thick boot socks to go with your new pair of boots, and make sure you try the boots on with the socks.

Personally, I don't care for duck boots. (any boot with the leather upper attached to a rubber bottom)
I prefer an all-leather boot for cold-weather.

I prefer dark leather, so it looks like a dress shoe at first glance.

This. Listen to this guy. I hate my fujitsu. They are a waste of money. Having worked in VT Tech Support, I can tell you that the engineering department completely disregarded the findings on the inferior quality of hardware in the fujitsu tablets because they got a good partnership. A good buddy of mine who is also a MechE spent his money on a really nice laptop and got this to go with it and safe to say I am very jealous... I wish I had known before my freshman year.

Another thing, you will only use the tablet your freshman year of engineering. I have not had to use it in any other classes (and I'm a MechE).

Also, get a solid printer. Don't get a printer from the bookstore, especially not an Espon. Here is what I have and I love it. Just recently smashed my Epson with a golf club.

Congrats on getting in!

Recently graduated so my advice might be out of date.
It can be kind of risky to get books early in case there is some kind of switch or if the professor prefers another text. This being said, the standard nature of certain class curricula makes it a pretty sure bet on what book they will use.

For as along as I know Statics and Dynamics use the latest edition of Meriam and Kraige. I dont know how frequently those editions are renewed but the material itself doesnt really change.

I don't know what text deforms uses but try to find what last springs classes used (likely they all used the same book) and look for the most recent edition in case it was updated recently.

Never used a book for E Theory and that will depend on your instructor.

Wasn't an ME so I can't help with thermo-fluids

Materials Engineering will almost without a doubt use Callister. http://www.amazon.com/Materials-Science-Engineering-William-Callister/dp/1118324579/ref=sr_1_1?s=books&amp;amp;ie=UTF8&amp;amp;qid=1404986941&amp;amp;sr=1-1&amp;amp;keywords=Callister+materials

Yes, the lab is mandatory. If you are currently enrolled in lecture but not lab, you will need to try to force/add a lab section (and will probably not have any choice on times--you'll probably be placed where ever they can find a space). However, contrary to advice here, you should not wait for the first day of class to request a force/add from the instructor. In CS, all force/adds for undergraduate courses are handled centrally through an online form and you cannot force/add into a class just by going on the first day of class. The force/add policy description and link to the online form are on the CS website here: https://cs.vt.edu/Undergraduate/ForceAdd.html.

Regarding your computer, a MacBook or MacBook Pro is fine. Pretty much any decent notebook computer (whether Win/Mac/Linux) will work. No touch screen is required. All software is provided for free and is available for download from Canvas once you're in the course. The software is cross-platform and runs on about any OS. There is a required course textbook. I'm not sure if it is listed at the bookstore or not, but it is usually this one: https://www.amazon.com/Objects-First-Java-Practical-Introduction/dp/0134477367. An older 5th edition will probably also work, but you can find out on the first day of class when the instructor goes over the syllabus requirements. If you wait until the first week of classes to get the textbook, you'll still be fine.

I got this book before coming here as a freshman. Nothing too in-depth, but its a pretty good overview of how things are in Blacksburg thats updated yearly.
http://www.amazon.com/Virginia-Tech-2012-Off-Record/dp/1427406871/ref=sr_1_2?ie=UTF8&amp;amp;qid=1343958086&amp;amp;sr=8-2&amp;amp;keywords=virginia+tech+guide


And don't forget to start on your Hokie Bucket List!
https://secure.hosting.vt.edu/www.saa.alumni.vt.edu/bucketlist/home.php

I graduated In Aerospace Engineering with a minor in math 2 years ago. The professor, Rogers (if he is still teaching) is really good in office hours. I Would also recommend having a study group in that class. We had a group of 4 spiting ideas off another till we understand the material.

If math 4425 is still Fourier Integrals

I hope this helps. good luck

I actually saved that from my search earlier. I picked up a nice inexpensive messenger bag, but I'll probably just use it for fun/when I feel like it.

I already bought a laptop sleeve as well.

I would assume just about all of them would be, I didn't think any of them were not acceptable but personally I had the Mr. Coffee 12 cup pot cheapo walmart special and never heard anything about not being allowed to have it. A friend of mine went with a small french press to make a few cups at a time.

This would be the exact model I had at the time to be specific. Very reliable as it still continues to brew good coffee even today. I also lived in Vawter so no one really gave a damn about rules or regulations if that matters at all. Was a little loud, but usually didn't wake my roommate up.

I'm in the process of learning SQL myself. I can write queries but I'm a beginner; taking Microsoft's 761 SQL exam at the end of the month...

I'm using two things to study for the exam:

This is just what I've been using. T-SQL is the Microsoft flavor of SQL. I checked out the W3Schools website that someone suggested and it looks really good. Between that and the edx.org class (free) you will be up and running.

I'd echo what /u/Odnahc has said.

Struggling in Intro the Proofs isn't he end of the world. I struggled in proofs and still ended up with a BS and MS in Math, however, I bought this book and self studied proofs over the Summer and made sure I had a stronger foundation.

The courses normally taken after proofs (Advanced Calculus and Modern Algebra) usually spend the first class reviewing proofs to make sure students have a handle of the material. After that though, you're expected to know the stuff. And honestly, you'll be doing lot of work trying to understand the new material and you're really going to struggle if you're fighting proof writing instead of the new ideas.

Proceed with caution. Definitely speak to your advisor.

This is the router to buy, no questions about it. Just go ahead and do it regardless of what you currently own. It'll make everything easier, and that router can be hacked in about 2 minutes to give it features that usually cost around $600 to get. As for helping you out, I'm not adverse. I should be in town Thursday through Sunday of that week, but earlier in the week I think I may be travelling.

Freshman and sophomore year I had a backpack because I bought books. My last year in school I was scanning all my books into PDF's in the library and just carrying my laptop and a binder.

But seriously, the key feature you'll want is waterproof. My first backpack had a "backpack condom" built in that you could pull out and make it waterproof quickly. The belkin one has waterproofing built in.

edit: I got around with a bike 90% of the time...messenger bags blow while riding a bike.

From experience, after about 7-8 days, the quality drops off a bit. By 10-12 days, I think there's a noticeable loss of flavor.

At the risk of sending you down a dangerous rabbit hole, this dripper is what I use with the OEM filters. When I'm on travel/vacation, I grind with the Hario mini which produces a nice, consistent grind (as inexpensive grinders go). AT 10-11 clicks out from the finest setting it will take about 2 minutes to grind 15-17 grams (enough for 350-400ml of water, and faster than said water will boil in a typical microwave).

If you batch your beans into zip-lok baggies (~1 weeks worth each) you can freeze them and they will easily hold for a month.


Other roasters of note in the area include Red Rooster (in Floyd) and ones who's name I can't remember in Draper - Sugar Magnolia on main sells the latter. Both are more expensive (those two ~$16-18/12oz) than Mill Mountain ($13-15/16 oz) and I've not found them "better". Then again, I'm not a big fan of modern, fruity/acidic coffee.

Some of this is your professors fault, there are some rooms WITH outlets, they just didn't request them. All of surge has outlets in the floor and first class AV systems, but engineering professors never want to teach there because they have to walk farther. Many rooms in Surge are only booked an hour a day.

Most buildings on campus were designed and built well before computers were smaller than the size of rooms, so power wasn't event remotely thought about, because of this much of it cannot by code be retrofitted. To get power in these rooms requires power to be run directly from the breaker, if the breaker(which was probably installed in 1960) isn't designed for it, it has to be replaced(many thousands of dollars), lines have to be run, outlets installed, total cost for a room is probably on the order of $10-15k, many thousands more if asbestos has to be touched in any way which is EVERYWHERE in lots of the old buildings. Multiply that by every room on campus and you see why just adding power isn't a trivial task.

Some rooms have them, ask your professor to request one of these rooms, many rooms have power along the walls, bring a small travel power strip and sit near the wall. MOAR POWER

tl;dr tell your prof to stop requesting the room across from his office that was last renovated in 1972 or deal with it.