We found 43 product mentions on r/arrow. We ranked the 66 resulting products by number of redditors who mentioned them. Here are the top 20. 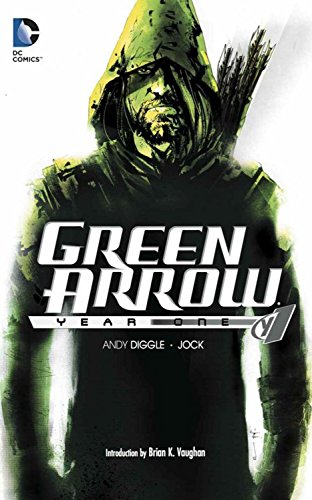 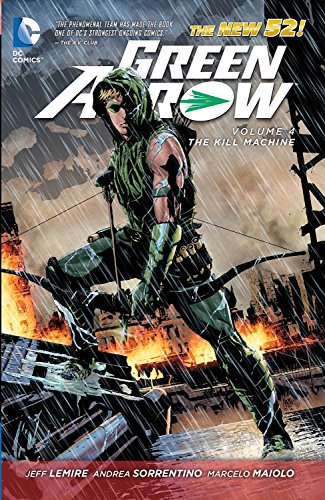 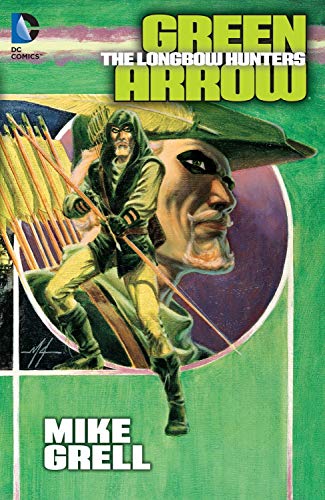 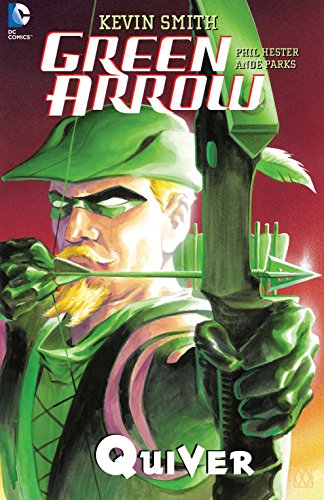 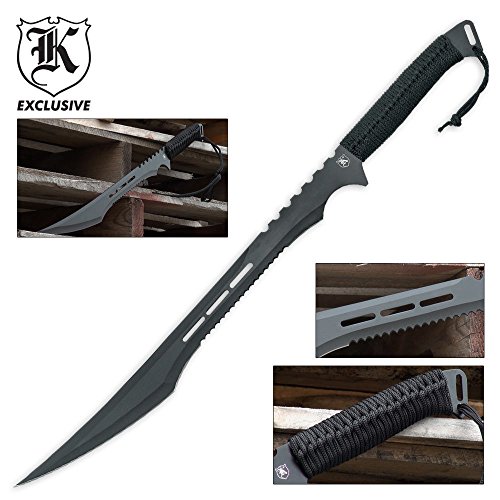 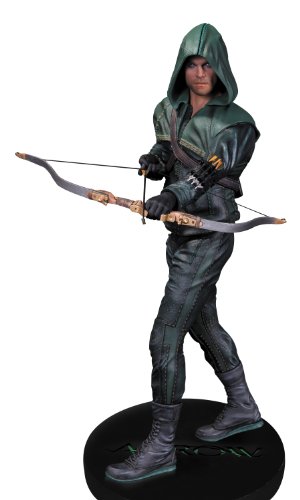 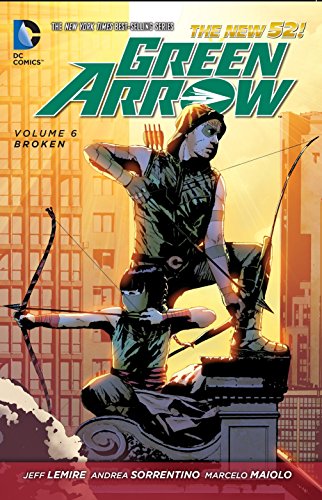 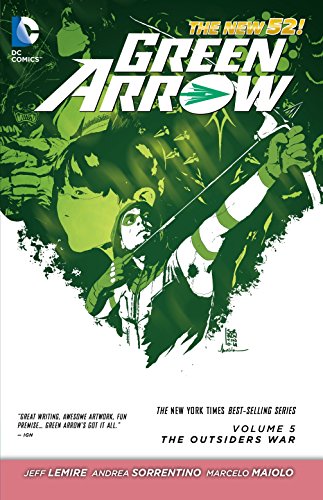 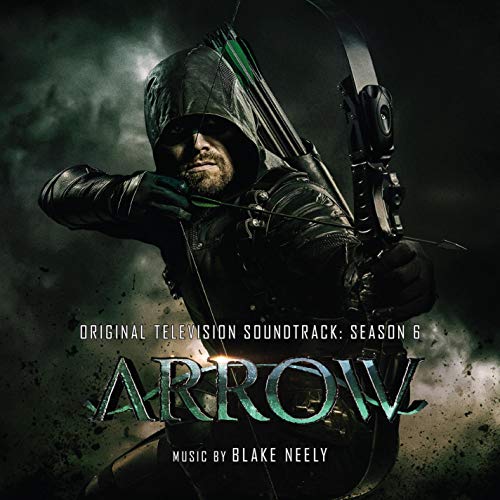 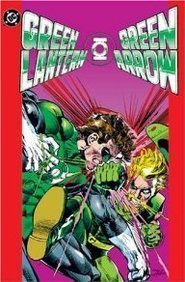 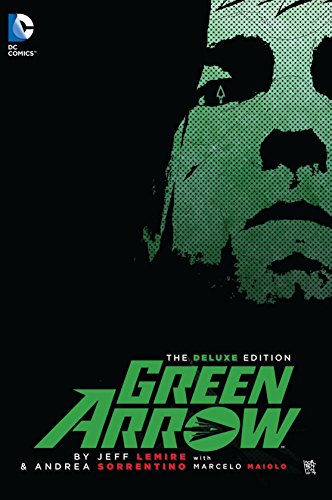 13. Arrow and Superhero Television: Essays on Themes and Characters of the Series 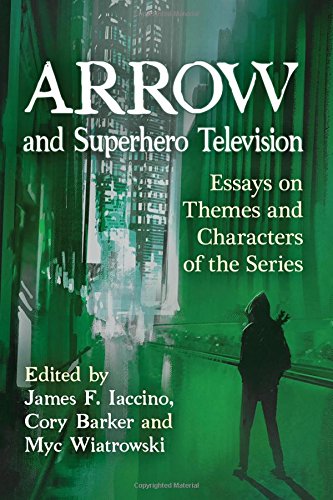 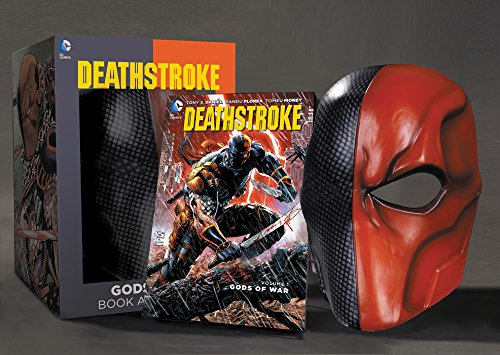 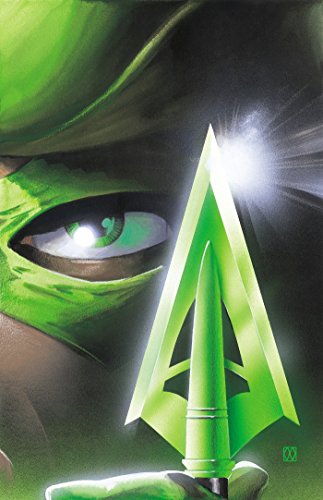 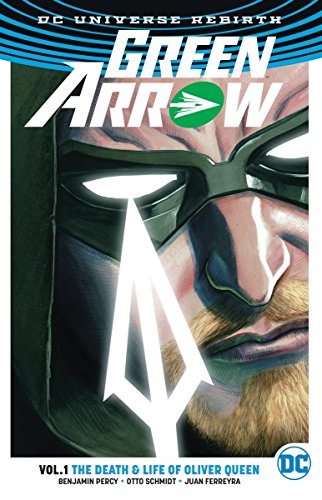 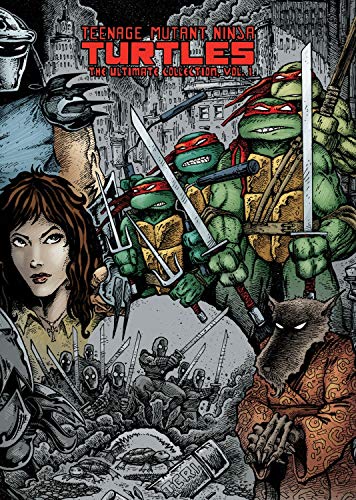 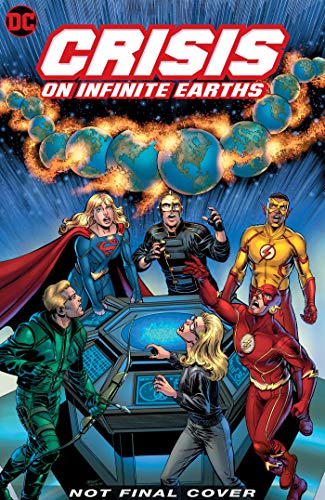 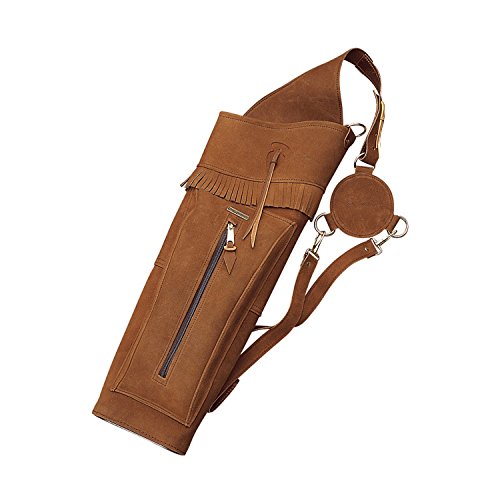 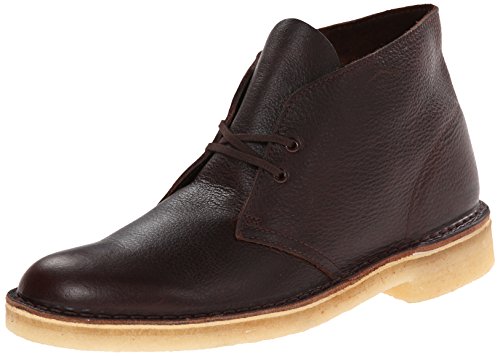 Everyone has pretty much listed the essential stuff, however, I'd like to put in one more recommendation for the new 52 Green Arrow series. It's a damn good book and being familiar with the show you'll notice that Lemire (writer) didn't only draw inspiration from the comics but used aspects from the show as well.

As mentioned above start with #17 as everything before it was pretty much derivative crap. They just came out with a trade of it that you can pickup here on Amazon. In my opinion it is one of the best monthly comics coming out right now and it makes a great companion to the show (they've just introduced the comics version of Diggle).

I would recommend starting with Green Arrow:Year One by Andy Diggle. It modernized his origin and is what the island flashbacks were roughly based on.

Then I would move to the best Green Arrow run from the New 52 by Jeff Lemire which can be found in Volume 4: The Kill Machine, Volume 5: The Outsiders War, and the first half of Volume 6: Broken which releases in May.

I would also recommend Green Lantern/Green Arrow by Denny O'Neill &amp; Neil Adams, as it was the original run that modernized the character.

As for other characters from the show appearing in the New 52, Roy is a main character in Red Hood and the Outlaws along with Red Hood (Jason Todd, the second Robin) and Starfire. Laurel was also the leader in Birds of Prey, but I never read it so I don't know if it's good or not.

Edit: And for a good Ra's al Ghul story I would check out JLA: Tower of Babel.

Okey, so this is (obviously) my opinion but I'd start reading in this order:

I'd like to introduce you to one of the best comics ever:

&gt;The ooze that mutates the turtles was mean to be the same radioactive materical that gave Matt Murdock his abilities.

That part I do remember. I always loved it because Daredevil is my favorite superhero.

Since we got to talking about this, I've started looking online. It seems IDW has a new series out that Kevin Eastman is involved in. They're also putting out collections of the original run.

So we've got that at least.

I missed that part of your post initially. That I could get behind.

His might be a more expensive brand / pair. But the style is pretty popular. The Clarks Dessert Boots have achieved meme status over on r/MaleFashionAdvice due to how much they were recommended as a basic style piece.

He's worn the hood on and off since 1987, possibly earlier if I missed something:

I believe it's the first time he wore a hood, and due to it's popularity/influence, the hood started becoming more common, with him wearing either the hood or the hat depending on the comic/artist

Arrow is heavily influenced by Longbow Hunters and Year One. Great reads, generally considered two of the best GA titles of all time.

I'd wait another 2 weeks for volume 4 of the new 52 Green Arrow.


Buy it at a local shop if you get the chance. I don't know if things have changed but last time I went downtown Toronto I went into this comic book shop which was in a basement. That was maybe 7 years ago. It turned me off comics for a long time because I was looking to get into them but the people working there were just dicks when I asked anything. If you can find a place with nice people then buy from them.

I'm not a pro on swords, but it's definitely not a Katana. But here is a link to the exact sword : http://www.amazon.com/Secret-Agent-Tactical-Ninja-Sword/dp/B002898XBO

This just appeared on Amazon. It looks like we'll be waiting until October 30th.

All of the late 90s Green Arrow stories were published as trades. Quiver was definitely among them.

Source: I own a copy of Quiver in trade form.

Once the series has matured a bit, say around season 4 or 5, I'd like to see a full season of Ollie and Hal Jordan discovering America.

I'd recommend Andy Diggle's Green Arrow: Year One. The show owes a lot to that book.

Date has been changed on the Amazon page. Now its 30th November 2018.


These are the swords he was using....very flimsy.

Oliver's quivers, and the fletchings are all custom made for the show. It's been confirmed by the Archery tech who works on the show. Link

The quiver that Roy uses maybe available for purchase, but has not been identified yet. It appears to be the same quiver Nyssa uses.

Also the quiver Ollie uses on the island is a slightly modified version of this.. Its not exact but its close.

Mike Grell was the writer I believe and it was Green Arrow: Long Bow hunters.

Came out months ago!

It is a parody of the typical Felicity/Olicity/OTA mega-fan discourse about The Chosen One and her husband/team. One of the most perplexing aspects of the Felicity phenomenon is that similar panegyrics appear in scholarly literature about "Arrow". In the collection of essays "Arrow and Superhero Television" there are several essays that could have been written by Olicity fans (rather than university scholars), in the sense that they mainly rehash the same oliciter tropes that the O.P. is parodying in this thread:

Well only a part of those 50 issues are worth reading, If you're going to read New 52 Green Arrow, ONLY read 17-34 by Jeff Lemire, which was just released in one big collection. The issues before 17 are terrible and unneccesary. Everything after 34 has been somewhere between terrible and mildly interesting.

I want to get this one, but I sure as hell wouldn't pay that much.

I'm a big GA comic fan so I feel like I can go into more detail than the other comments here. Since I don't know if you're caught up in Arrow, I'll refrain from any overly-specific show spoilers.

To begin: Arrow started off with a lot of recognisable themes and aspects from the comics. Season 1 in particular. It is very rare that Arrow will follow any specific story line, but it is recognisable where the writers got a lot of their stuff from.

For the first 2 seasons, Oliver on the island was basically "Green Arrow: Year One", about Ollie being a survivalist. In the comic there are pirates on the island instead of soldiers, but it is basically similar. Aspects of Year One was also added to S4.

Season 1 of Arrow was very 80's Green Arrow. During that time period Ollie started killing criminals (for reasons I won't get into), but he still had his usual agenda. Comic GA's main adversaries have always been corrupt politicians, career criminals and rich people who took advantage of the less fortunate. S1 had that down. Mix a little New 52 in there (Which was brand new when they were making S1 and featured an Oliver Queen in his 20s) and you have Arrow.

There was no kill list in the comics - instead Oliver had to investigate to find his targets, or stumble upon crime in the streets. It makes sense why they would do that in the show - it is a good way to tie an episodic plot together. They also had to remove superpowers from the show, as they didn't exist during S1. This forced them to remove Dinah Laurel Lance's ability to Canary Cry, and had them re-evaluate characters like Count Vertigo and Solomon Grundy. Unfortunately as a result, some characters are unrecognisable (like Grundy).

S1 did introduce or change some characters though. John Diggle is a totally new character, but he has since been added to the main comics continuity. Felicity Smoak, having been originally intended as a throwaway character in the show is actually a small-time character in the Firestorm comics. She was briefly added to the Green Arrow comics as Arrow Felicity, but she was removed soon after. Thea Queen is named Mia Dearden in the comics and she isn't Ollie's sister - she is Ollie's sort-of adopted daughter. Laurel in the comics goes by her first name - Dinah. The Dark Archer has a different identity, but that was done on purpose to throw of viewers who knew the character's history.

Season 2 was also pretty faithful to the spirit of the comics. Sarah Lance is a brand new character, but she exists for the same purpose as comic Dinah Drake - the first Black Canary. They couldn't have both Laurel and her mother be Black Canary in the show, so they made it sister instead. Deathstroke was also a very faithful big-bad. While he was originally a Teen Titans villain and is most well known as a Batman villain, it was GA who shot his eye out - giving them a long-standing rivalry.

Beyond that, connections to comics get much weaker. Green Arrow has very little to do with the League of Assassins, and Damien Darhk was both a Titans villain and non-magical in the comics.

Oliver Queen's personality has also grown further from his comics counterpart. In the comics he is very much Robin Hood - the bleeding-heart protector of the poor, always ready to make a joke. Over time, Arrow's Oliver has lost that humorous side and very rarely deals with street-level crime.

I highly recommend you read some Green Arrow. Besides his New 52 run, Green Arrow has a standard of being very good. Jump on Amazon or down to a comic shop and pick up any one of these - you won't regret it.