We found 23 product mentions on r/delusionalartists. We ranked the 31 resulting products by number of redditors who mentioned them. Here are the top 20. 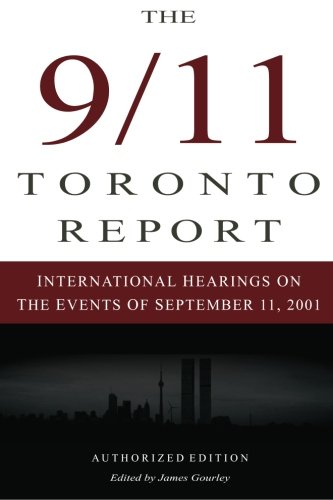 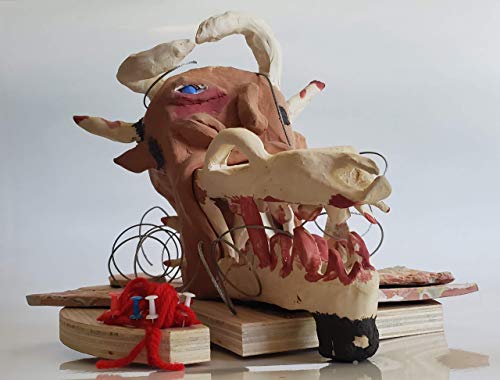 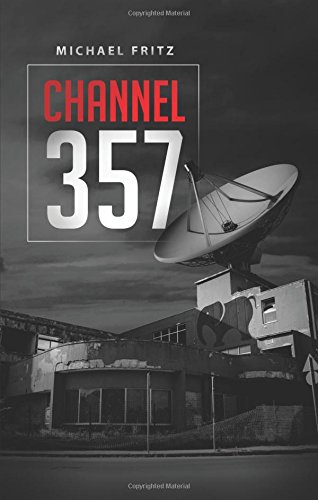 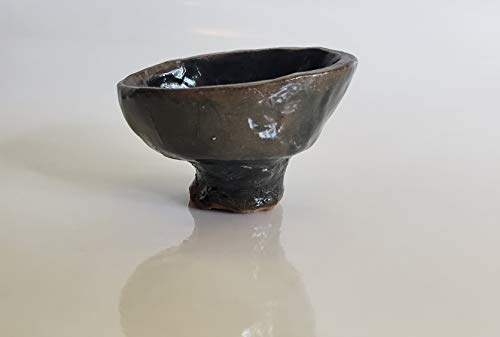 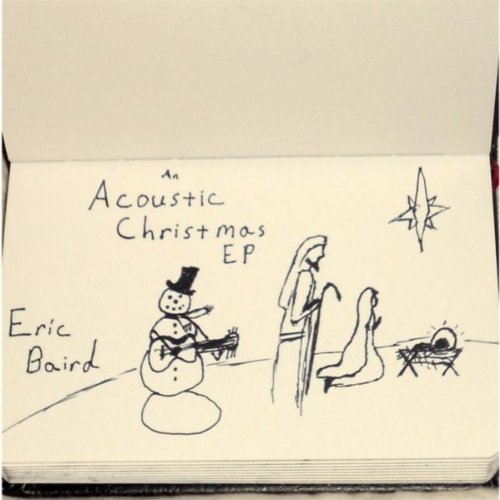 Sentiment score: 0
Number of reviews: 1
Records and plays back at a slow and normal speed (can change your voice on slow)As seen in the movie Home Alone 2Produced in 1992 by Tiger Electronics 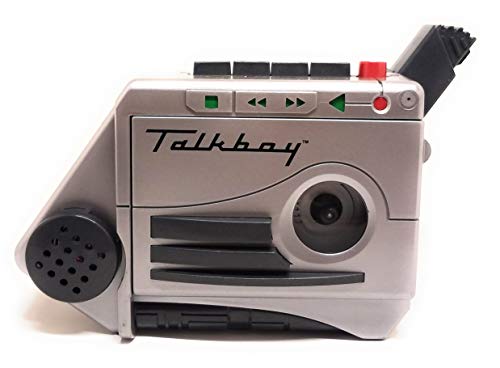 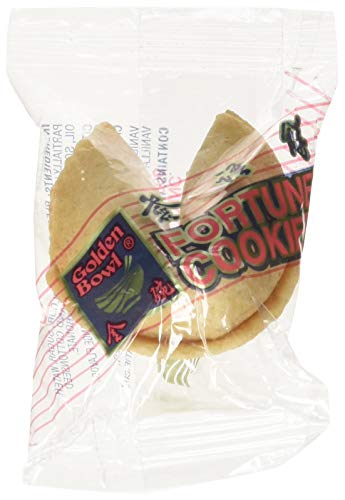 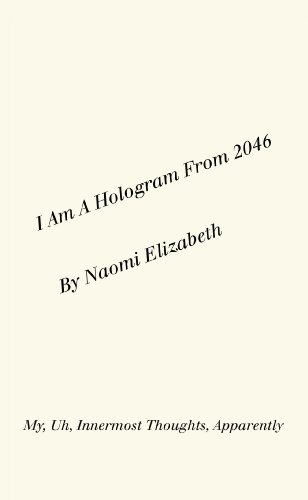 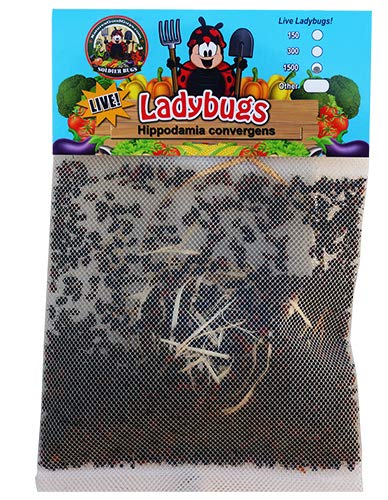 Sentiment score: 0
Number of reviews: 1
STRETCHED CANVAS – Every masterpiece begins on a blank slate, and the Darice Cotton Stretched Canvas is the perfect place to start! These two 16” x 20” acid-free, medium weight stretched canvases are a must-have for artists of all abilities.VERSATILE – This medium-weight, wood frame canvas i... 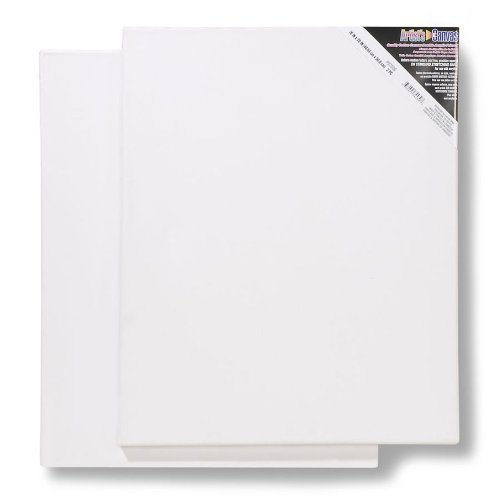 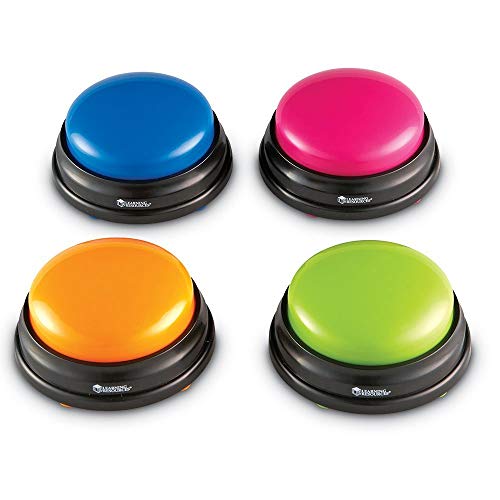 13. Maradonia and the Seven Bridges 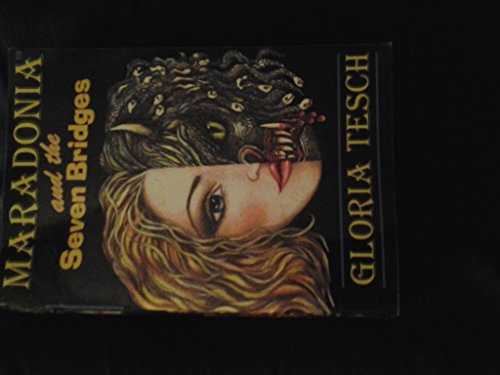 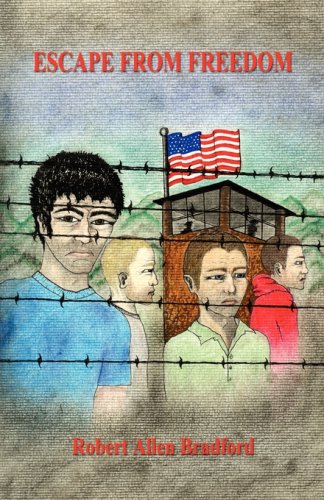 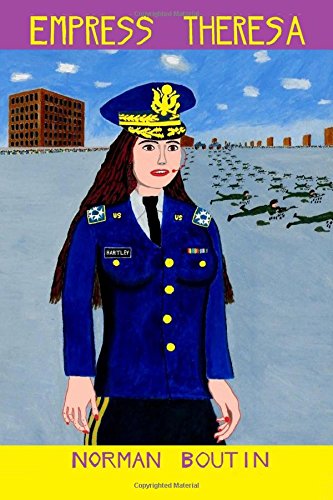 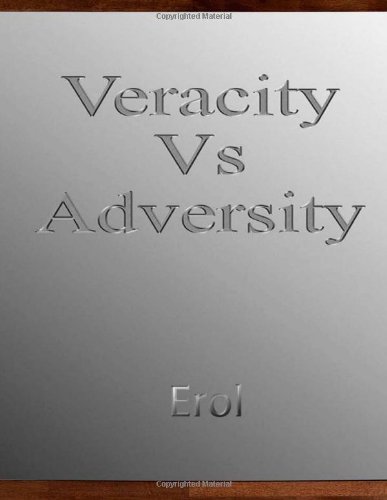 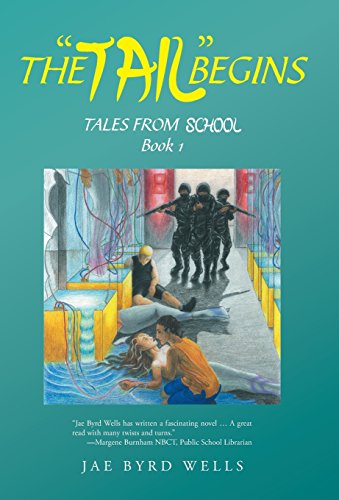 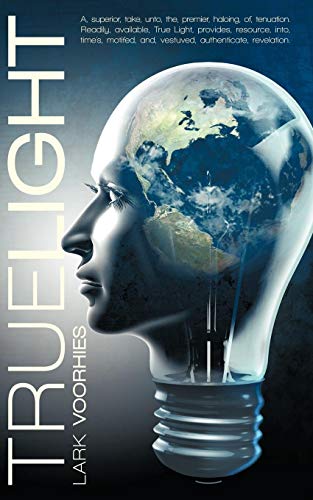 19. The Grammar of Ornament 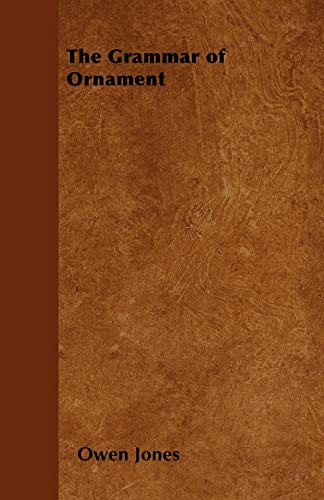 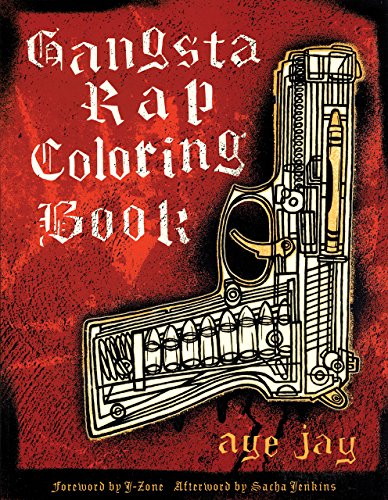 There are no words for this amazing book, so I'll just let the writer/artist speak for himself:

&gt; ( IT'S INTERESTING THAT OUT OF THE FIRST 37, ..YES 37 !!!.., ONE-STAR REVIEWERS, ONLY 6 ACTUALLY READ THE BOOK AS INDICATED BY AMAZON'S ' Verified Purchase' FLAG. WHY ARE THEY HERE? READ ON. )......Theresa is a star baseball pitcher in high school. Internet trolls viciously attack her on the internet. A teacher tells Theresa why they do that, and she understands. ............. "I saw why the trolls were angry. They knew they couldn’t go where I was going. I’d have a good life. They wouldn’t." .........If I had intended to write a story that the internet trolls would hate, I couldn't have done better than Empress Theresa. It's a natural internet troll target....... ....How many stories can make you feel good? Can you think of any? Add Empress Theresa to the list....... ............In chapter 1 ten year old Theresa admits she doesn't have a clue about anything, but nine years later she confidently says, "I can do anything". "How did I come so far?" she asks herself, and considers a list of influences on her life. She had good parents and family support, she had natural gifts of beauty and intelligence, she has a good, loyal husband, but the most important influence are her own actions. "I'm very simple. I follow my conscience. I am what I do." ........What's in Empress Theresa?....... Violence, shootings, bombings? No. Foul language? No. Car chases? No. Sex scenes? No. Marital infidelity? No. Suicide? No. Drugs, alcohol? No. Mystery, crime? No. ........ Mysterious events? Yes. "Impossible problems" solved? Yes. Stupid, greedy adversaries? Yes. Teenage ingenuity? Yes. Love and friendship? Yes. Pet chipmunks? Yes. Courage? Yes. Heroism? Yes. Fame and fortune? Yes. U.S. President, British Prime Minister, Israeli Prime Minister? Yes. Global crises? Yes. Political situations? Yes. Philosophical remarks? Yes. Heartwarming scenes? Yes........ Can a teenage girl be trusted with limitless power? We’ll see........ .....Of what is Theresa the empress? She's empress of her internal self, described by Henry David Thoreau as 'a realm besides which the empire of the Czar is a petty state', a land too vast to be explored in a lifetime. Theresa rules her inner self. ....A teenage Catholic girl from Massachusetts acquires limitless power over the whole world. What will she do with it? What would you do with it? ....On page two, Theresa sums up the human situation in a single sentence: "We're lost in this confusing world unless we follow the directions of its Maker." Theresa figures it all out and changes the world.

(from the actual Amazon page for the book)

&gt;I am sure you have already taught beginners to reach an intermediate level but have you already helped advanced painter to reach a 'master' level? (if yes, I'd like to see some of their/your works)

There's really not that much to learn, it's just that it has to be learned well, which is where practice comes to play. To get from beginner to intermediate, you need to learn some things. To get beyond that, you need a pile of work so high it would literally hurt you to jump from it.

&gt;Because that's the whole point of my argumentation: I'm not talking about the difficulty of learning to be just 'good' [...]

We're in agreement here. That it sounds like I feel it's trivial is because the amount of learning involved is - the amount of practice and work is not, and while you can be taught everything you need to know (which is what I'm really saying), you cannot be taught to practice.

&gt;And my last question: if you agree that beauty can be a powerful statement and an abstact concept as worthy of exploring than other themes, why are modern art museum/critics/curators totally ignoring those aesthetic driven representational work?

Simply put, I don't feel that they are. But, there's more to it than that, and I'll try to elaborate:

I am the creator of the SillySeaPig site that so many of you discussed a few days ago. I appreciate all the feedback on both sides (everyone has their opinion.) In response to the_matriarchy, yes it is meant to be absurdist. I am actually a traveling stand up comedian and actor and do these on the go. I never created the comic expecting much, which is why it surprised me to see all those views and comments all of the sudden (seriously guys, even the negative ones were fun to read.) I really created it as a side project to keep me busy in my free time. To the people that hate it, its cool. It's a silly side project I started when I was 15 (hense SILLY sea pig.) Granted not all of them are great, they're fun to do and me and my friends enjoy them. I truly wish my stand up or book had been the one to get the intention instead of this honestly but I honestly do enjoy the feedback and I'll try to build off it! Just in case you wanted to see them Here's my stand up: https://www.youtube.com/watch?v=zxrd04RQZsY https://www.youtube.com/watch?v=qjEJzK50cA0 And here's my book: http://www.amazon.com/Channel-357-Michael-Fritz/dp/163268778X PS. It just came out like a week ago and the Amazon page will be fixed

spending bloat is real. It happens all over the place, not just at universities.

I work in Special Needs Education. After a tangent of research, I started looking at Speech devices after seeing a lady taught a dog using them. A single red button for teaching a word can cost $150 or more, and yes schools and businesses WILL pay for them (especially if you have a budget that requires you use specific vendors.

I've done this for other Special Needs products. I've looked through the catalogs, everything is absurdly priced. A set of cheap-ass (and I mean like the shittiest quality you can get) hula-hoops is like well over $300 if I remember correctly....I'm involved in the flow community. I built them much higher quality hula-hoops, that actually work because of weight mechanics, and it cost me under $40 to build them. The kids and staff love them.

I thought the cover for this was just sort of meh, but the author's comment in Editorial Reviews is definitely worthy of this sub.

I think that's probably his family and friends from his assisted living center. Hopefully someone got him this for Christmas.

Reminds me of the book written by Lark Vorhees, the actress that played Lisa Turtle on Saved By The Bell. Every word she didn't copy and paste from the Bible has a comma between it, she makes up words in most sentences, it's complete nonsense, she misspells her own name on one of the pages (just one), and every chapter is called "The Light".

I bought it. I was crying laughing.

Can we get a link? Lol

I think the entire track was recorded on a Talkboy Recorder as well.

http://www.amazon.com/Darice-16-Inch-by-20-Inch-Stretched-Canvas-2-Pack/dp/B004GXBXZI i found a 2 pack for 13 dollaronies. you are saying that they charge 126 dollaronies for the canvas when they are this price normally?

She's written a book, which might answer some or none of your questions (probably the latter).

Personally I think Naomi Elizabeth is more outsider artist than delusional. 'God Sent Me Here To Rock You' is curiously addictive.

Is this Bic Pen for Her a result of toxic feminity?

I guess you guys didn't see this sweet piece of art he sells for only 57 thousand dollars.

I would get this book to add to your 9/11 information. I think the thickness of this book is about right.

AHHHH I didn't even look at the whole store, this is a goldmine. Zetta has me crying.

The book in question: http://books.google.com/books?id=XAx2AwAAQBAJ&amp;amp;printsec=frontcover#v=onepage&amp;amp;q&amp;amp;f=false

Note that she hired an artist to do the cover and illustrations for each chapter. I know said artist and I read the first part of the manuscript while she was doing the illustrations. I still have no idea what the hell it's about. Something about mermaids and electric fish.

It's delusional because she seems to honestly think that she's going to be the next J.K. Rowling or something. It's actually really really sad, so try not to be a dick.

From the Amazon Excerpt of her first book:

The Maradonia Saga starts as an everyday story. A girl called Maya and a boy called Joey found a mysterious place in a forbidden area which opened the way to a World between the Worlds Maradonia. The Land of Maradonia With their arrival in Maradonia a prophecy is fulfilled. Overnight their simple life in the small city of Oceanside has changed completely and they are thrust into a strange and perilous world. A world filled with magic and power. Mystery, murder, deceit, revenge, conspiracy, theft but also faith, knowledge, wisdom and passion percolate in this thriller... and it keeps the reader on the edge of their seat. Can Maya and Joey take up the mantle of the prophecy? Can they conquer the Seven Bridges of tests and temptations? Can they change the future of Maradonia? The fate of the legendary kingdom of Maradonia rest in the hands of the Encouragers... Is the final battle between the armies of Light and Darkness unavoidable when the teenagers secure The Key to the Underworld and the rulers of the Empire of Evil are unable to enter their own kingdom?