We found 10 product mentions on r/sociopath. We ranked the 10 resulting products by number of redditors who mentioned them. Here are the top 20. 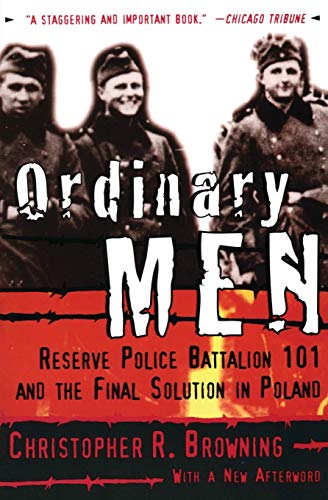 2. Surely You're Joking, Mr. Feynman! (Adventures of a Curious Character) 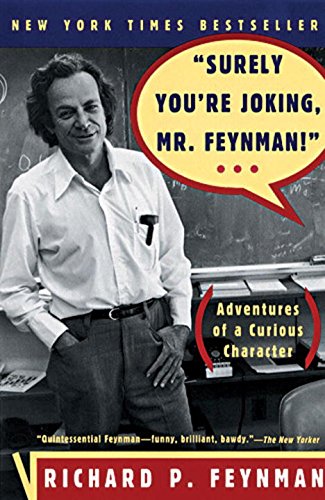 3. The Sociopath Next Door 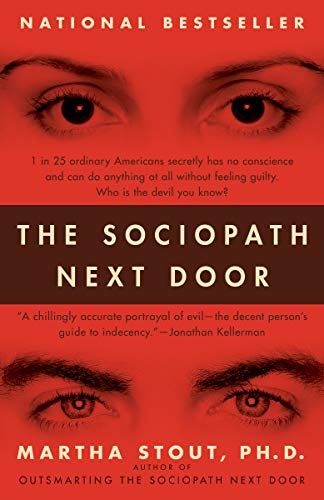 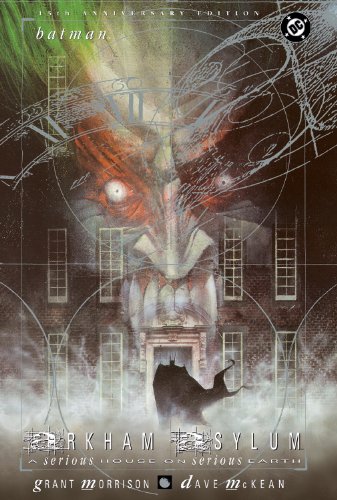 5. Game of Thrones Psychology: The Mind is Dark and Full of Terrors (Popular Culture Psychology) 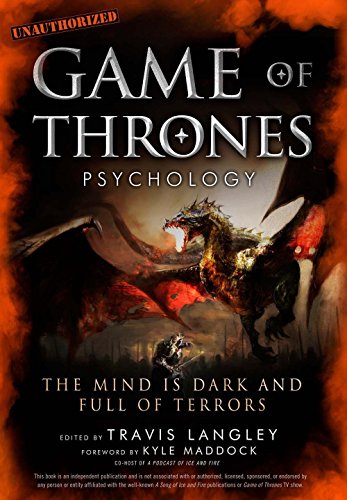 6. The Psychopath Inside: A Neuroscientist's Personal Journey into the Dark Side of the Brain 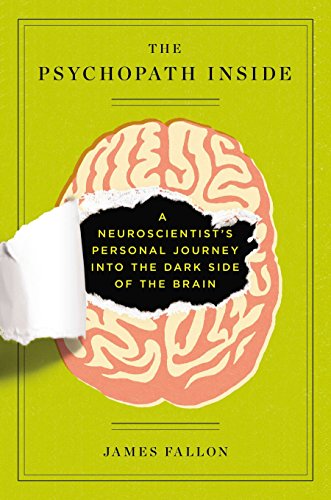 7. The Art of Being Kind 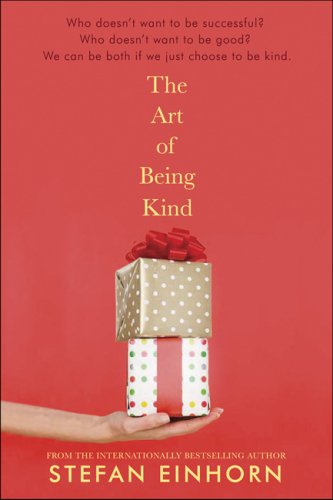 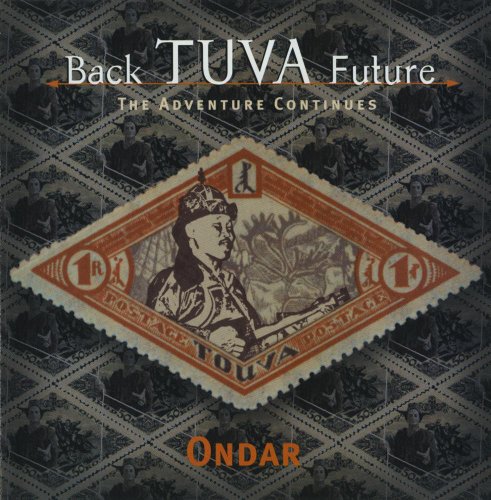 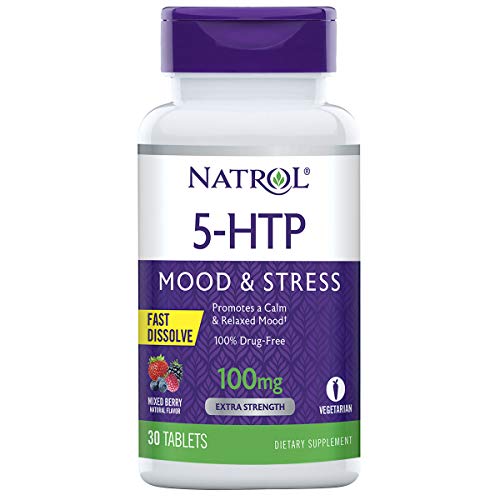 10. The Emperor's Daughter: A Sociopath's Erotica 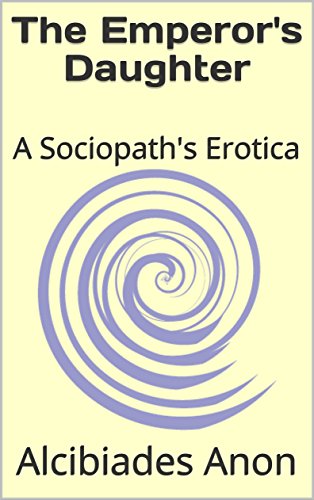 yes in the physics community Feynmans like a god

He's well known for many things in popular culture. He was on the committee that investigated the space shuttle Challenger disaster and on live TV he showed that the o-rings lost their elasticity in the cold by simply dumping the o-rings in ice water.

He was also an artist and a very good bongo drum player. He was instrumental in popularizing Tuvan throat-singing in the West. Back Tuva Future https://www.amazon.com/dp/B00000GC1U/ref=cm_sw_r_cp_apa_i_H01vDb1JENG4N

He was perhaps the father of nanotechnology. He wrote a very famous paper and presented at a conference called "there's plenty of room at the bottom" it sparked people's interest and imagination in the field of nanotechnology.

But of course the most interesting aspect to Feynman was his combination of genius, intellectual honesty, and curiosity. One book that I couldn't recommend highly enough is the one I mentioned earlier
Surely You're Joking, Mr. Feynman! (Adventures of a Curious Character) https://www.amazon.com/dp/0393316041/ref=cm_sw_r_cp_apa_i_D31vDbF44F7T1

This is a nearly constant bane in my life also.

I have found that putting one half of a 100mg chewable 5HTP under each side of my tongue about 30 minutes before I'm supposed to engage in a typically "exciting" event helps a lot, and if I'm unprepared in this regard that simply smiling and acting bashful goes a long way in ensuring that others are allowed to enjoy the event without my cynicism.

Otherwise it takes my feeling a sense of deep personal accomplishment from an event. Like when my current human-project showed me her 1-year token from NA. That was a huge mark of pride for me...but now, two years later, the thought of helping someone else do it again just seems boring. Very much a "been there, done that" situation, even though I know how fucked up that viewpoint on the matter is.

Batman as he is as crazy as all the inmates in Arkham Asylum. Joker pointed it out that the only difference is he does good.

A legendary and must read graphic novel showing just how crazy Batman is. He belongs in there.

I once dated a sociopath. Even though he was remorseless, he demonstrated a genuine concern for his disorder. It's a disorder, just like anything else. They are just people who are emotionally blind. Some have even make the argument that is an evolutionary advantage which allows individuals to efficiently achieve higher societal ranks due to their emotional callousness. Just as many end up in prison, many others end up as doctors, politicians, and business executives. I recommend that you read this book; it is about a neuroscientist who has aspd. Spoiler alert: He's actually a half way decent and successful guy who doesn't routinely boil puppies alive.

Saw it at B&amp;N the other day.

Sociopathic Erotica written by the author of the Trickster's Path.

Get this book and read it. It's probably available at your local library.

There's one trait to look for in spotting sociopaths. They will ALWAYS play the victim. As an example, a sociopathic female will complain endlessly about her narcissistic husband, pretending all the while to be a victim of said husband. At no point will she ever admit her victimhood is of her own choosing. She could leave her husband at any point in time, but she would rather continue to exploit the clueless for her own purposes, while playing the victim for all eternity. What this means is, once the perpetual victimhood of a sociopath is spotted, they will appear exceedingly stupid to you, because it is stupid to play the victim when the problem is easily solved by leaving the relationship.

In particular, sociopaths will play the victim after screwing you over. If anyone plays the victim immediately after harming you, it is guaranteed you are dealing with a sociopath.

The response after spotting one is up to you. Setting boundaries is one way to deal with them. For me, bitch-slapping them out of my life is the preferred method, because I have zero interest infecting my life with those who have no empathy.

What is good? Never hurting anyone? Never being mean? Being a push-over?
I recommend this book https://www.amazon.com/Art-Being-Kind-Stefan-Einhorn/dp/1933648708
It discusses the intriquies of kindness, through a philospohical yet digestable manner.

I personally try to be good. You can be a piece of selfish shit but sooner or later you are going too realize that most people hate you and you have to change social circles. Those that like that character are either weak or as fucked up as you are. So, either you prey on the weak and gain shit or you find peopel like you and hope that they are not fucking crazy.

Preying on the weak makes you pathetic though, who that is weak has any power? The ruler of loosers, met those kind of people. Like if you work a shit job, and have your buddies that do drugs, and fuck low-self esteem bitches, then you are most likely a looser. I don't see the CEO/president calling you anytime soon.
Prey on the strong, be stronger and more powerful. That is strength and greatness.
But hey, each of their own.

I think this is a real issue, I really have been battling the issue of morality. I had to 'learn' what was wrong, I still have problems with social conflicts when I get called out. I still hurt those I love, inconciously and conciously.

However, some people need to be fucked. You just have to fuck the right person.

Sociopathy is not a good/ bad thing that turn people into monster.It's just a copying mechanism for survivors of abuse in their childhood.

My advice for every sociopath with antisocial tendencies is: Focus your attention on the kind of person you want to be, rather than what kind of events you want to happen. Imagine how you would act now if you suddenly had impeccable character. Then, make your goal be to act that way, just for the moment.

I think the reason why people are concerned or even frightened by people that show no empathy is because it seems they cannot be reasoned with.
You cannot appeal to them with emotions, or other ways of relating that may have had an effect on a neurotypical.

They behave all the time like you do most of the time.


Sociopaths and Psychopaths lack an empathy and/or guilt barrier that would prevent them from doing something that is generally perceived to be "wrong" "bad" or "immoral".

They are indifferent beyond measure,without mercy and justice.Try to imagine the indifference itself as a power.The truth is, indifference really is a power, selectively applied, and living in such a way is not only eminently possible, with a conscious adoption of certain attitudes, but facilitates a freer, more expansive, more adventurous mode of living. Joy and grief are still there, along with all the other emotions, but they are tempered – and, in their temperance, they are less tyrannical.Sociopaths are people who grit their teeth and tolerate pain and suffering.They’re serene and confident in the face of anything you can throw at them.

Think of the spartan warriors (IMO the most stoic society that there was). They were trained since kids to get rid of fear, they were encouraged to get in fight and make fun of each other in order to not take emotions seriously. The spartans had several types of drills that they did in order to abandon primal instincts and reflexes. For example, they would hit aspiring warriors in their eyes with vines until the warriors could stop reflex from closing both eyes when they got hit.

The spartans abandoned all primal instincts, including fear, so that they could be their 100% rational and tactical self during battle, and that's part of the reason they were such good warriors.

Some psychopaths may murder, but it’s not because of their psychopathy that they murder. Indeed, psychopathy or any other condition may have played an important role in someone’s decision making—obviously, no one makes decisions in isolation from their neurological condition—but it’s not the psychopathic mind that turns people to kill—and kill in numbers.

Contrary to being immoral, their social blindspot empowers them to avoid many moral pitfalls. Empathy frequently leads to morally bankrupt behavior:

When a control group in an experiment were asked whether a ten year old girl with a serious illness should be allowed to skip a queue to get medical treatment ahead of children who needed it more, they appropriately refused. When the subjects were encouraged to empathize with her by being given her name, face and personal story, subjects overwhelmingly opted to move her to the front of the queue, consigning faceless children to death.

This is a phenomenon that salespeople, politicians, lawyers and every one with an agenda knows to exploit. I'm exploiting it in this very post, and you didn't even realize it! Those who lack empathy have no such lever by which their thinking may be hijacked. They are more apt to make fair and rational judgments.

As with most things, empathy is not simple. It is not binary; it is not something you either have or don't. You will feel empathy for some people sometimes and other times you won't. Even if you are an empathic person, you frequently act with indifference or disproportionately small concern. Thousands recently died in the Philippines in a disaster that exceeded the 9/11 terror attacks; how many Americans fell to their knees and wept? Did you? The difference between you and someone who doesn't feel empathy is that they behave all the time like you do most of the time.

Champions for empathy will protest, "what's to stop someone from being a violent vandal if they don't have empathy?" Lets be clear about something; empathy won't prevent someone from doing horrendous things . Read the account of a Nazi reservist in Police Battalion 101 who, in spite of being viscerally empathic, participated in the point-blank execution of Jews:

&gt; The shooting of the men was so repugnant to me that I
missed the fourth man. It was simply no longer possible
for me to aim accurately. I suddenly felt nauseous and
ran away from the shooting site.

Empathy is not a safeguard against cruelty. Empathy can even be manipulated into "counter-empathy" or sadism .Empathy was never a deterrent, and those who lack empathy have no more incentive than you to engage in foul behavior.