We found 2 Reddit comments about Evolutionary Psychology: A Beginner's Guide (Beginner's Guides). Here are the top ones, ranked by their Reddit score. 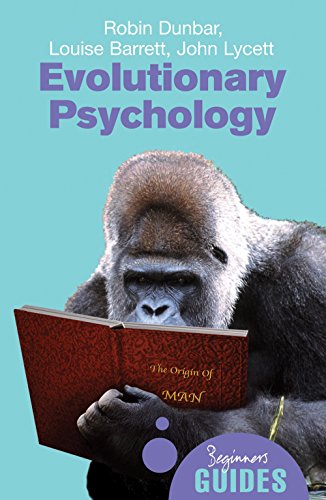 So most explanations in here are... wrong. Yes, it might be advantageous for the ultra wealty to forego marriage, and in some cultures this is the norm. Some societies grant males a certain number of wives depending on their status, where the males highest up have upwards of hundreds of females to themselves. As a whole, though, according to evolutionarly psychology, polygamy is better for females then for males, and polygamy is bad for society as a whole. Let me try to give the explanation I've read in my studies;


Let's say we've got 50 females and 50 males, and they partner up in some way, monogamously. The context here is the "societal structure removed"-context, so everyone acts mathematically optimally, but they are humans, so they have a high parental investment, which is important for the reasoning. Another important bit of context is that the males and females are of "different quality", either you can think that they have some kind of "fitness value" and are ranked according to this value, or you can think of a kind of "general preference" (maybe like females generally liking fit, confident males, and males generally liking fit, petite women). So anyway, they are ranked, the first male is somehow "better quality" then the 50th male.


Ok, so let's forego marriage and accept polygamy. What happens? Well, the 50th female has a choice; she can either stay with her 50th male, or accept into a polygamous relationship with a male higher up in the chain - preferably the number 1 male. So let's say she asks to enter into the relationship with the #1 male - what does he do? He can accept and possibly lose his current girl, or deny and lose an opportunity to mate. But if his girl can only do worse since he is the best male, so the risk of losing her is small, so he accepts. Now, the 50th male has no partner. This can go on for a while, until females no longer feels that the "bubbling up" process is beneficial.

Of course, this is a very crude explanation, ranks are not cardinal like this and people have differing (though very similar) preferences - but it's very real and it does happen in real life where polygamy is accepted.

So, the #1 male get's lots of females, but what about the #50 male? He is now completely alone. So is the #49 male, and the #48, and a few more. With no chance of reproducing, these men might become depressed, alcoholic, and might resort to rape and violence as a last resort effort of reproducing.

And this effect is exactly the one we see in societies where polygamy is accepted; some men are left alone and they turn violent, leaving the society as a whole worse off.


Before you go out to start googling ways that I'm wrong in this reasoning, I know there are a couple of scientific articles about polygamy that portraits an idyllic society of free life and all that, but that article has been proven false; apparently the women in the study went out of their way to lie and deceive the scientists in the study.

&gt; however, people tend to gloss over the fact that certain "races" (i.e. their culture) emphasize certain achievements over all others

Evolutionary psychologists do take culture into account when it comes to evolution. The environment influences who you are to an extent.

There is even a book the youtube fella recommended.

But they created their own culture for a reason. I don't subscribe that everyone is equal. That is not truthful.

&gt;the article you linked to suggests that white people are smarter than people of African descent, but it doesn't acknowledge human beings can trace their lineage to Africa by way of mitochondrial DNA (meaning all peoples are of African descent)

All humans can trace their lineage to Africa or some sort of microorganism billions of years ago. It doesn't mean I am sympathetic to cells or my lineage I was descended from.

&gt;plus, in modern day there are more and more inter-racial couples, so by your assertion, we can "breed" the perfect human by taking the "smartest" race and making them have babies with the "physically strongest" race

Well I agree with you in your first point. But unfortunately interracial relationships are not equal in ratio with one another. As certain races and sexes within those races win more in an interracial pairings than others. It is not a benefit to me and Asian men since we usually do not get treated fairly in the sexual marketplace. You can't eradicate racism, if you can't eradicate self-interest.

&gt;I don't see how you can truly believe racial characteristics are "pretty obvious" because when we start mixing with each other, there will be no more "race"

There will still be a human race, it was just be more ethnically diverse but certain groups will win over others.

&gt;or perhaps you subscribe to the "master race" theory and keeping bloodlines pure

I currently subscribe to improving the perceived worth of Asian men to be on par or surpass Asian women in the west. To replace white supremacy with Asian supremacy. I wish for Asians to be on the top of the hierarchy, instead of the bottom.