We found 24 product mentions on r/Rochester. We ranked the 71 resulting products by number of redditors who mentioned them. Here are the top 20. 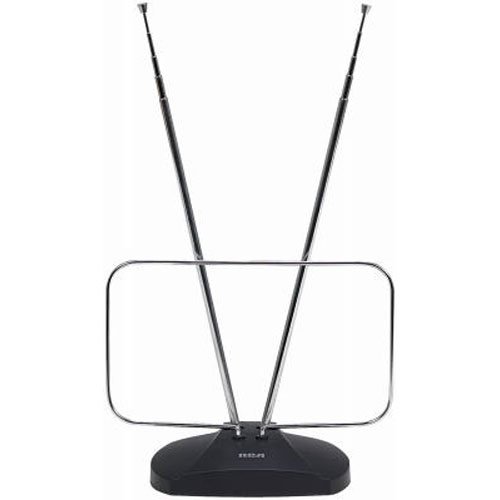 Sentiment score: 1
Number of reviews: 2
Compatible with Time Warner Cable, Charter, Cox, Cablevision, and moreNot compatible with Verizon FiOS or AT&T U-verse, no longer approved by Comcast XfinityRequires Cable Iternet Service, if not sure your provider is CABLE call them to confirmBROWN BOX models NOT VALID for this item when sold as Ne... 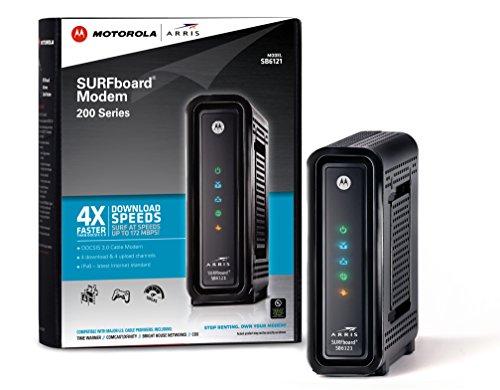 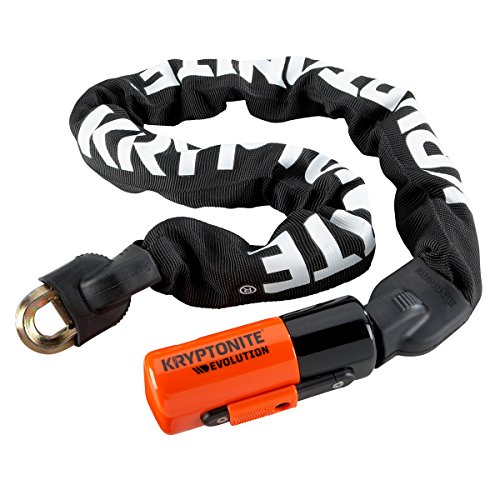 4. American Amnesia: How the War on Government Led Us to Forget What Made America Prosper 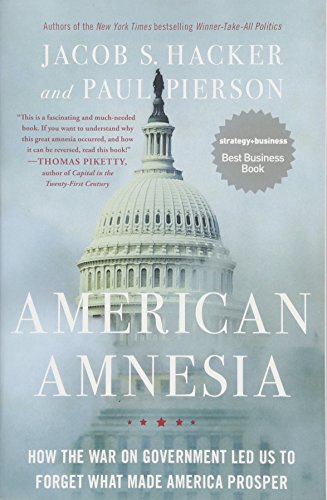 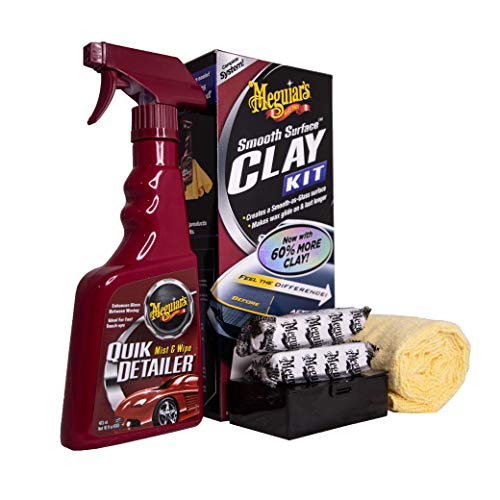 6. The Poverty of Slavery: How Unfree Labor Pollutes the Economy 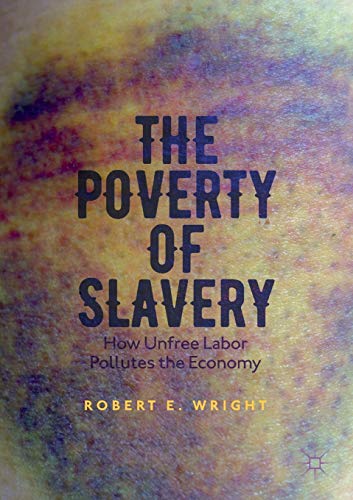 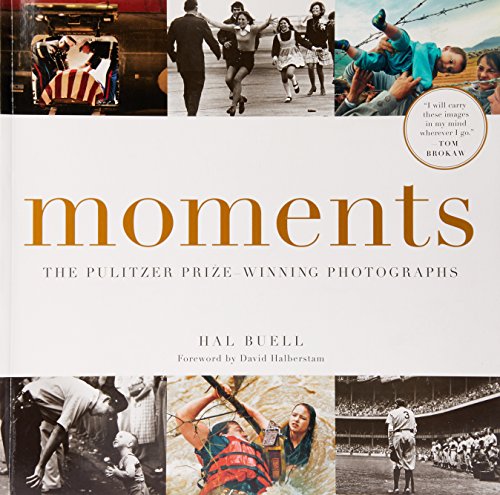 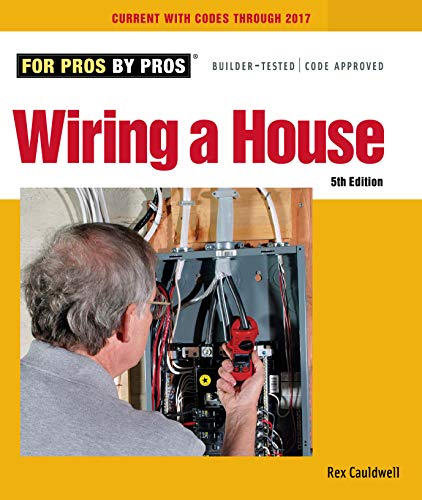 9. Vaccine Epidemic: How Corporate Greed, Biased Science, and Coercive Government Threaten Our Human Rights, Our Health, and Our Children 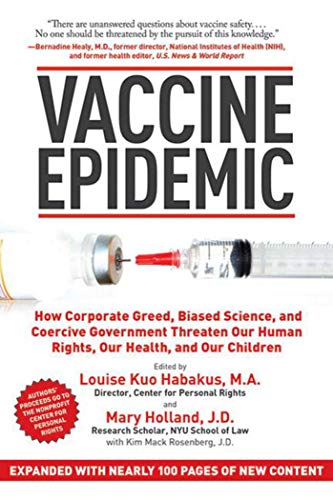 10. Callous Disregard: Autism and Vaccines--The Truth Behind a Tragedy 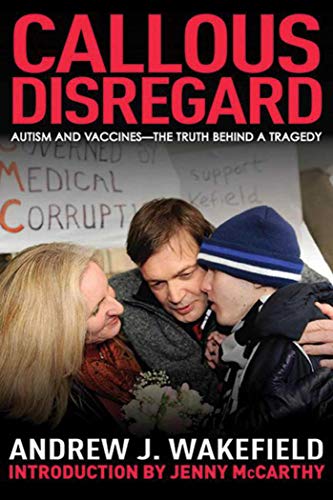 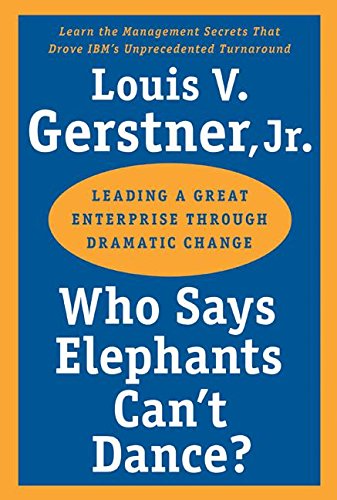 Sentiment score: 0
Number of reviews: 1
DURABLE SNOW BRUSH WITH ROTATING HEAD: The snow brush easily removes snow and ice from car windshield, top and hood. Equipped with a rotating head allowing you to set the brush at the optimum angle for the job at handEXTENDABLE SNOW BRUSH & SCRATCH FREE: The snow brush scraper extends up to 60” ma... 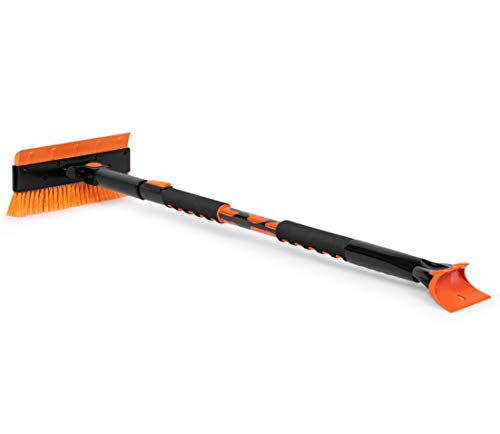 14. My Hunting Diary: document your hunt on 120 pages with tabular recording templates 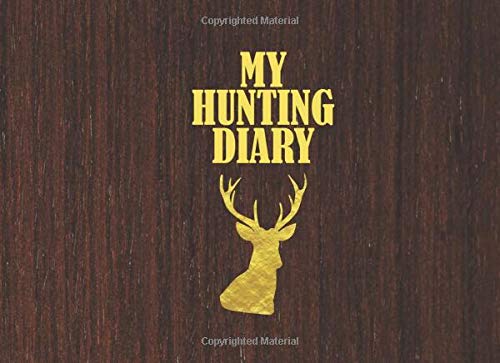 15. Dealers of Lightning: Xerox PARC and the Dawn of the Computer Age 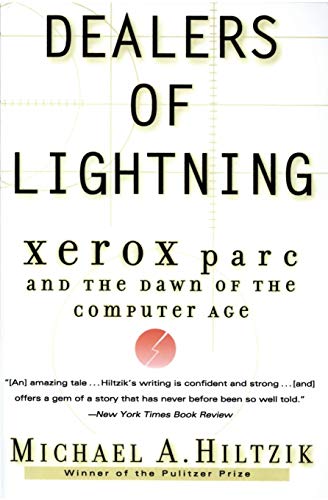 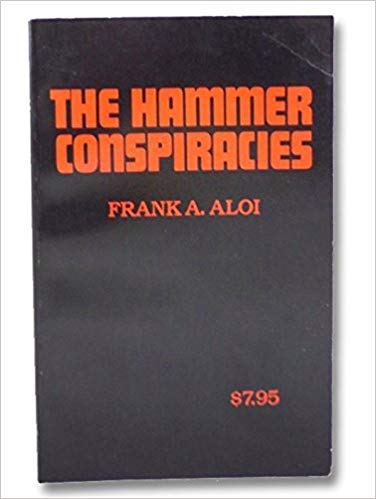 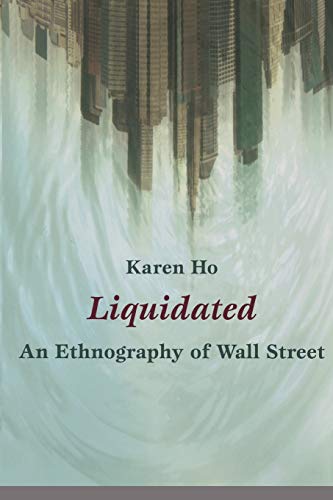 18. White Fragility: Why It's So Hard for White People to Talk About Racism 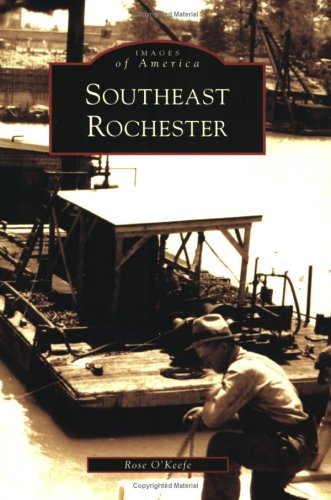 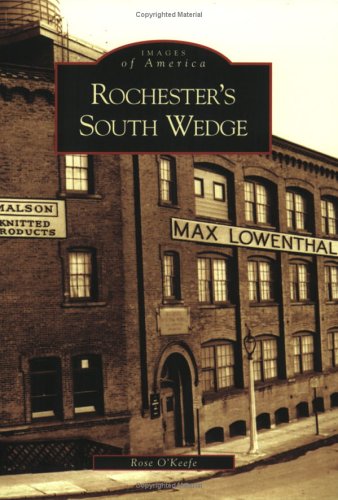 You believe that rolling back regulations, cutting back taxes, and scrutinizing companies less encourages competition. I think that it's not so simple.

For beer, yes. It's obviously worked, and even Cuomo is fighting for less regulation of ciders and wines in order to bring jobs to the finger lakes region. For simple commodities, deregulation (to a point of public safety) is very often a good thing.

But here's where we have a difference of opinion. Firms hate having to compete. They would much prefer to own the market and face no competition. So a firm that is sufficiently successful will undercut, buy out, and manipulate the market to cut out competition. It's natural. That has to happen in an unregulated free market. Part of competition is success and failure, and the ones who succeed are, by definition, gaining more control of the marketplace. They use this control of the marketplace to take part in anti-competitive practices and shut out new or smaller businesses. Look at Disney, Comcast, Cargill, Microsoft... Proof of that line of thinking is in the pudding. So, in my view, deregulation is anti-competitive in most cases.

If you can stand John Oliver's forced humor, check out this video: https://www.youtube.com/watch?v=00wQYmvfhn4

Now here is a bit of circular logic that my point includes: When corporations get large enough, they are able to lobby government in order to put up legal barriers to entry for new businesses, and use governmental power to cement their positions and grow even more powerful. That's what happened with craft beer, and that's why deregulating works for that industry. Getting rid of nonsensical regulations that only serve one corporation's anti-competitive interests is not the partisan issue that we are discussing. It's incredibly obvious that these regulations should be thrown out.

But libertarianism doesn't solve the root of that issue. It prevents the regulations from legally cementing a monopoly, but it doesn't do anything to solve the other levers they have to stifle competition. It doesn't prevent them from bringing frivolous lawsuits against smaller competitors in an attempt to bury them under legal costs that the competition can't absorb. It doesn't prevent them from undercutting the price of their competition for just long enough to bankrupt the smaller, less adaptable firm. It doesn't prevent them from hiring out all of a rival firm's employees for just long enough to destroy that firm, then having a round of layoffs. It doesn't prevent massive corporate buy-outs that put an entire industry into the hands of a few different companies, many of which have the same people on their boards. These are the kind of anti-competitive actions that firms would love to be able to do, and that libertarianism cannot cope with. Making it harder or impossible for firms to do things like this are the types of regulations that I support - I don't have a blanket love of regulation for its own sake, just like you don't love all deregulation for its own sake.

To me, this isn't even a discussion anymore than arguing what color the sky is. A cursory overview of history shows that we regulated ourselves into prosperity. One of the best books I've read on it is called American Amnesia and I'd recommend at least reading the description. Don't forget that the most libertarian time in our nation's history was called the Guilded Age for a very good reason. Libertarianism gave us the roaring twenties just as much as it gave us the great depression. Government spending and regulations brought us out of that depression and we remember the fifties so fondly because of Lyndon Johnson's Great Society. Libertarian systems have failed before (for the reasons that I've outlined here) and there is no reason to think that it will be any different if we give it another try.

So back to the high-minded idealism of both of our arguments and getting out of the weeds of healthcare, etc... That is why I believe that libertarianism (even at its best) is an inherently flawed philosophy.

Anyways, it's going to be quite expensive. I haven't paid someone to do it, but I have gotten rid of old knob and tube (not being use) and replaced it with proper modern stuff.

What is the power coming into your house like? You have a breaker panel, fuse panel, or what?

If you are the DIY'er type, I would hire someone to install a breaker panel and move all your current circuits to that (I'm assuming you've got fuses). Make sure he installs a breaker panel with enough spaces you can fit all your proposed circuits in. Form there, just pick a room/circuit and re-wire it and then add that to the panel. It's not all that hard, just time consuming. Also, as long as you have half a brain about how electricity works, test wires to make sure they aren't hot (you flipped the breaker already, right?) it's kinda hard to hurt yourself.

God. Goddess. Earth Mother. Whatever... Save us from Wall Street Analysts...

Seriously, these folks don't know their ass from their elbow and make oodles on money in a business where they never have to actually answer to their recommendations and predictions because they change jobs and start analyzing different fields every 12 to 18 months.

These are the same people who, for much of the 1990's kept saying that there was no future in Digital Cameras and that Kodak should pour all of it's development efforts into PhotoCD. (source: http://hbr.org/2010/07/wall-street-is-no-friend-to-radical-innovation/ar/1 and the linked journal article).

There was a terrific ethnography published a few years ago that really gets to all of the underlying issues with the entire Investment Banking and Analyst structure. If you're remotely interested in the topic, it's a great read:
http://www.amazon.com/Liquidated-Ethnography-Street-Franklin-Center/dp/0822345994

I came across this story because I just got done reading this book published in 1999 called Moments: the Pulitzer Prize Winning Photographs and two of the winners from the late 80's and early 90's were RIT grads (can't remember what their names were. Wanna say it was 1988 and 1991 were the years in question.)

Cable locks keep honest people honest. Consider something like this or this.

Thanks for that link, I forgot this was on Google Books.

Let me get back to you on the recommendations of antique books. I am in the process of moving and most of this stuff is packed away. For more recently published works, I would recommend two that Rose O'Keefe authored; one on the South Wedge and another on Southeast Rochester.

I bought this one and it works perfectly for TWC

&gt; The cheap one needs to be repositioned to go from WXXI and Fox/ABC to NBC.
You get ...

That was my experience with this antennna... can't beat it for the price.

But I ended up just plugging into the TWC jack... it has pretty much the same channels on it even without paying for cable.

Snow tires are immensely helpful. If you don't have snow tires, then Continental DWS (dry/wet/snow) are apparently a good all-season alternative.

Keep a shovel, emergency blanket, winter hat, and a pair of gloves in your car. Freezing to death cause you spun off into a snow bank isn't fun. There's more safety related stuff you should keep in your car as well, but these are specific to winter needs.

Make sure your exhaust doesn't get blocked by a snow mound, or if you spin off the road. Death by carbon monoxide isn't fun either.

Keep more distance and drive slower than you think you need to when driving in bad weather. Also, overpasses/bridges freeze faster than the road, so expect ice there even if everything else seems OK.

Salt melts ice effectively only to about 10 degrees Fahrenheit. If temps are lower than that, exercise extreme caution, even if it's not snowing and the roads seem clear. Black ice can be anywhere. This is where snow tires will help you a lot.

Get an oil change before and after winter, even if you don't need it by the miles driven.

First, don't buy anything branded as an HDTV Antenna because it is marketing at it's finest. A 50 year old set of rabbit ears will work just fine. I am down near RIT and use some simple rabbit ears I got off of Amazon for $8 and I get all of the channels that are broadcast in the area with no connection issues. I've been using them for over a year and wouldn't go back to paying for cable since I rarely watch TV.

Also, go to the TV Guide site and then in the top left tell it your location and tell it you have an antenna and it will list the available channels and what's on.

Agreed. Here’s a book on the topic:

&gt; I'm not really sure what the prices look like now.

The Hammer Conspiracies is great but out of print and hard to find.

Oddly enough, a couple of significant inventions linked to Rochester aren't mentioned. If you read "Dealers of Lightning: Xerox PARC and the Dawn of the Computer Age" (available at your local public library), you'll discover that a) Ethernet and b) Laser Printing were both invented @ PARC.

i have this stuff to clay

and alright i think i got it, its about 100 but at least i can do it multiple times. i guess the whole thing is going to take a couple of hours

A decent chain lock works just as well as a U-lock, and it's more portable. I wear mine like a belt and there's no problem.

Home schooling it its! Sucks I still have to pay school taxes though.

For all you jellyfish vaccine pushing tardtards I recommend you read some of the following informative materials:

This is the book the previous link cites: The Poverty of Slavery: How Unfree Labor Pollutes the Economy

You will no doubt dismiss these articles because you have been dishonest heretofore. You should apologize for that, btw. It's pretty shitty what you've done here.