We found 25 product mentions on r/legendarymarvel. We ranked the 20 resulting products by number of redditors who mentioned them. Here are the top 20. 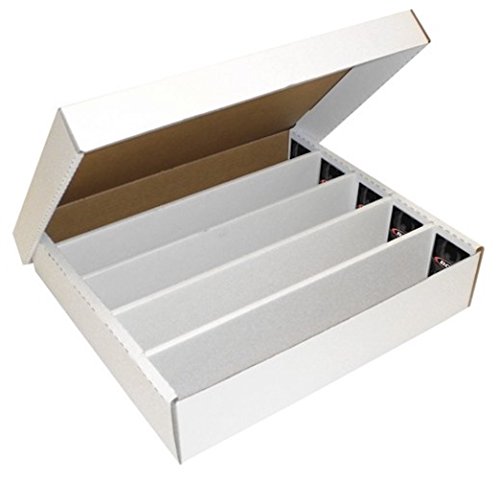 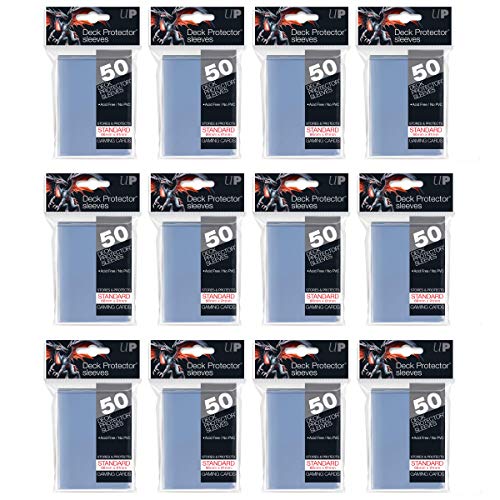 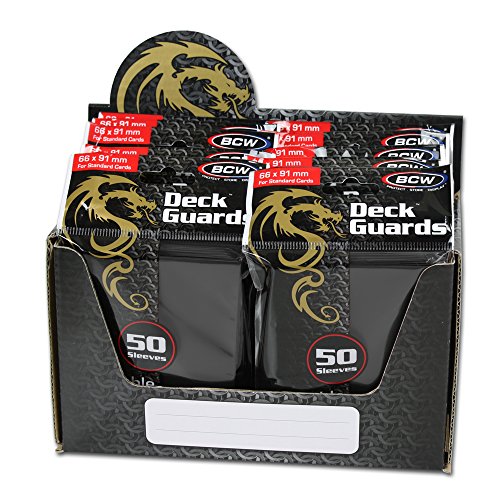 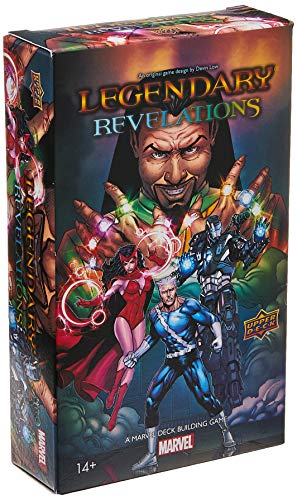 Sentiment score: 0
Number of reviews: 1
Best Value at Great Price - Less than $15 to get 1000 sleeves to product all the gaming cards with 66mm x 91mm ( 2½" x 3½") in sizeGreat Fit to Many Games - They're perfect fit to many board games with TCG card size.Perfect Thickness - This is called hybrid sleeves because they are neither too thi... 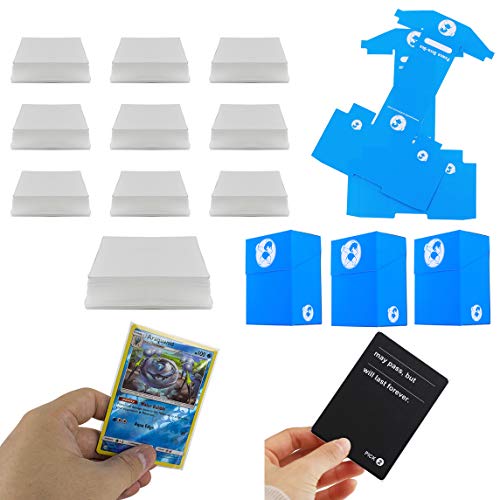 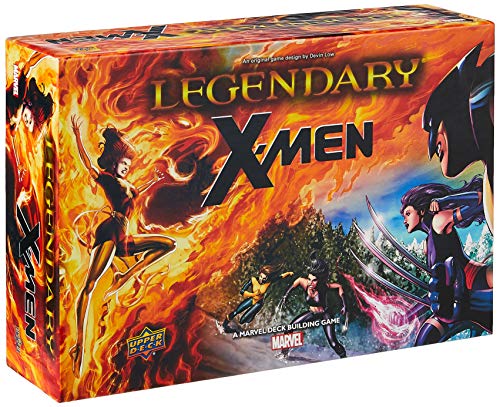 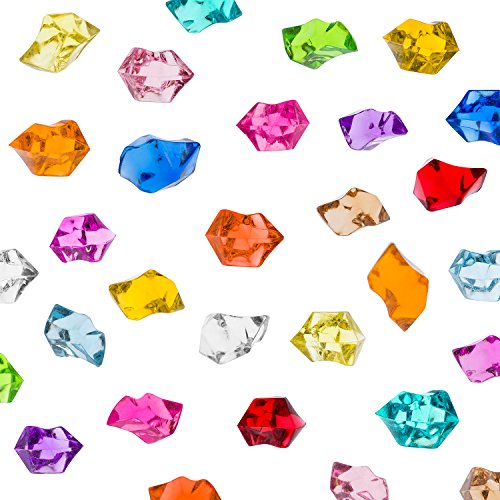 Sentiment score: 1
Number of reviews: 1
EASY TO USE TRIMMER – Lite trimmer is simple and easy to use, with a sharp guillotine blade and a handy alignment grid. Built with a sturdy plastic base, it's also light enough for easy transport12” CUTTING LENGTH – With a 12” cutting length, it's a convenient choice for most common trimming... 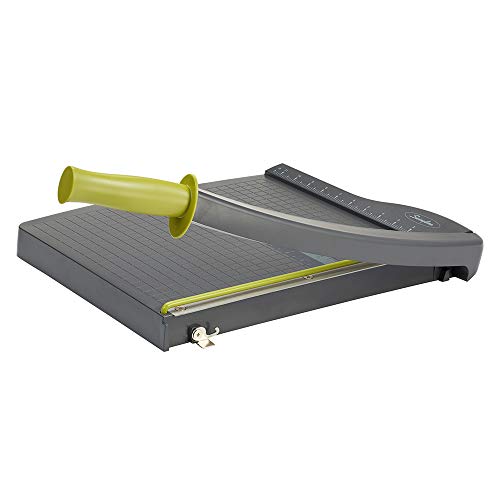 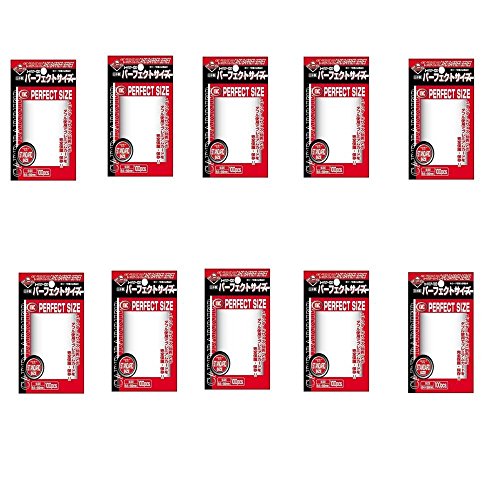 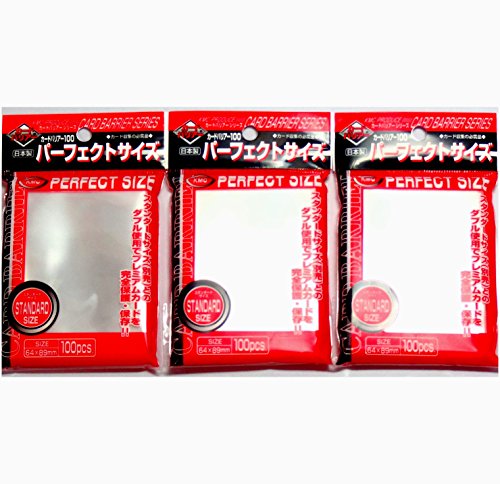 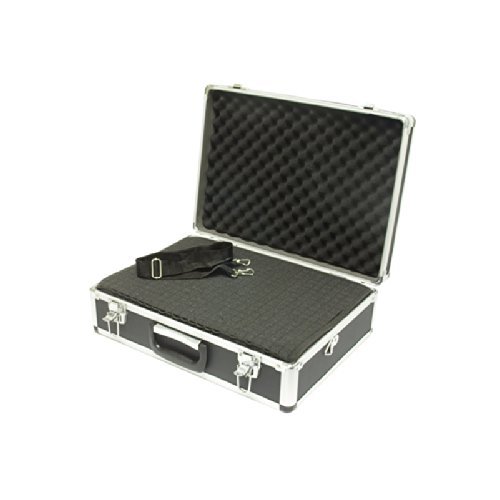 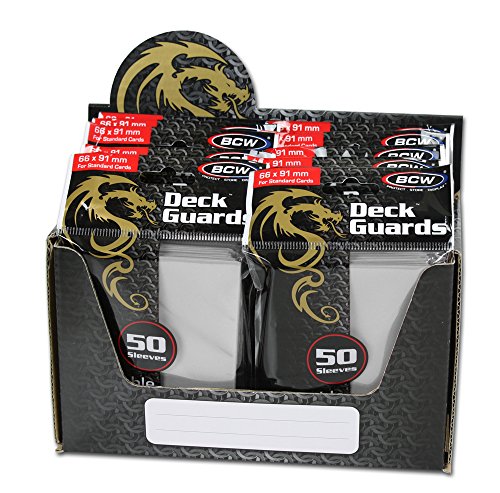 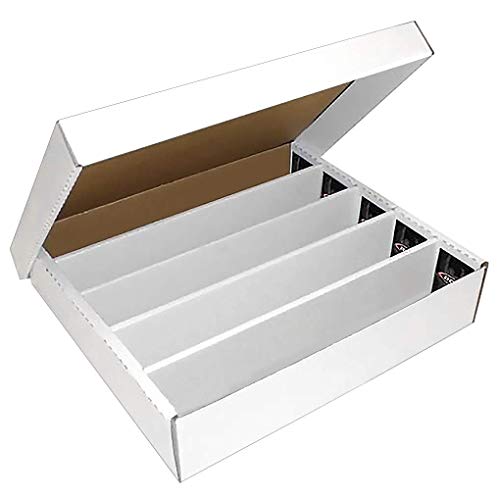 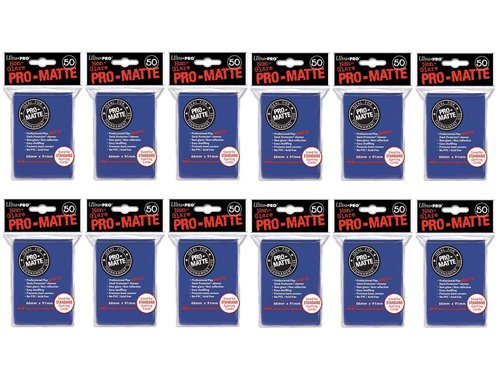 Sentiment score: 1
Number of reviews: 1
This is not a standalone product, Legendary: A Marvel Deck Building Game required to playAges: 14 and aboveNumber of Players: 1-5This 100 card expansion that will consist of new Heroes, Villains, Masterminds and Schemes 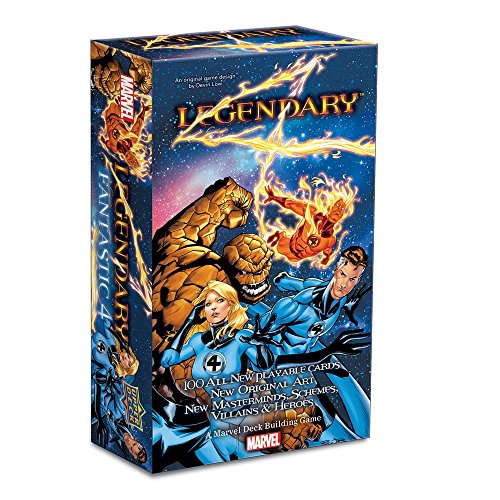 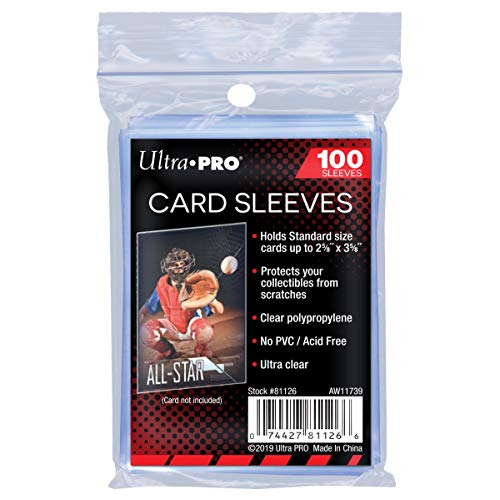 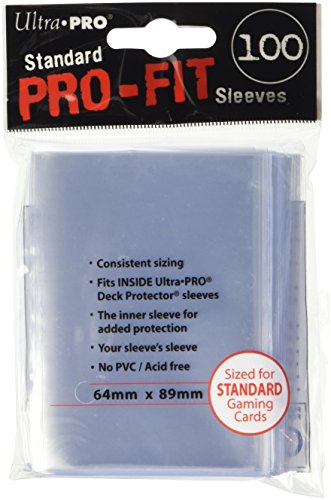 Sentiment score: 1
Number of reviews: 1
Holds One (1) PlaymatUnique Prism Shape won't roll off playing surfaceTriangular tube design allows for easy reach in to get out playmatMonster Logo on CapDurable Construction 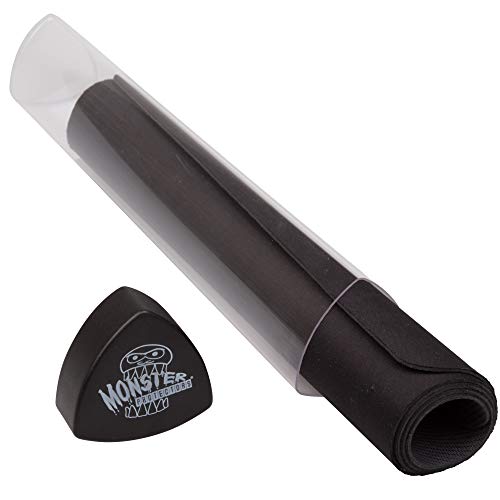 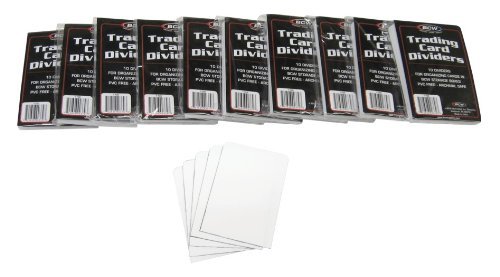 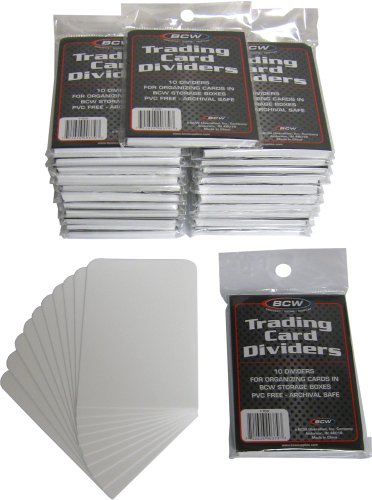 With the Fantastic Four expansion finally reprinted, we're taking a look at the fifth hero in the set - Silver Surfer!

Originally the herald of Galactus, Silver Surfer was Legendary's second non-affiliated hero. He's a hero all about Focus.

Don't know what Focus does? Here's a rules refresher:

&gt;When you play a card with a Focus ability, you can pay the cost on the left side of the arrow to get the effect on the right side of the arrow. You can use that Focus ability as many times as you want for the rest of the turn. For
example, say you play a card that says:
&gt;“ Focus 2 -&gt; Draw a card.”
&gt;For the rest of your turn, you can use 2 Recruit Points to draw a card, as many
times as you want, as long as you have the Recruit points available. You can even play more Heroes, recruit, fight, then use the Focus ability more.

&gt;Note: You can use Focus abilities and still use the “Healing” ability on Wounds.

Silver Surfer is a recruiting machine. Whether you're building up attacks, defeating villains or drawing more cards - he's supporting you every step of the way.

Then there is Energy Surge. By itself, it does absolutely nothing. But when paired with just a few other cards, you can get a lot of Recruit... and that's not even counting copying effects like Rogue.

This was my previous setup for comparison. It was great but I wasn't going to start a 3rd box...
https://imgur.com/a/iS8uM

Included are all expansions including Villains and Marvel 3D.

I use perhaps the thinnest sleeves (KMC perfect fit) at 45 microns width.

Really happy with the space I have remaining!

I am able to fit two playmats in one row. So I can stretch this box for a few years easy!

I don't think there is a good single carry box solution either. I don't think I want to carry 5000 cards in one box as I think it gets heavy fast especially if you sleeve, in my case I double sleeve...

I'm going with the Hobby Lobby artist cases. I ordered 4 of them as they were on sale last week for $26 and I'm going to paint them and replace the hardware like this guy did boardgamegeeks

2 boxes are for Marvel Legendary, 1 for Legendary Encounters Alien/Predator sets and one for Marvel Champions when it comes out.

It's definitely not a necessary purchase, but it makes cutting them super easy. It can also be used for other craft projects.

Found at a FLGS. Any game store that would sell playmats probably also sells tubes. This one is nice because it's actually shaped like a rounded triangle, so it doesn't roll.

Here it is on Amazon: https://smile.amazon.com/Playmat-Tube-Monster-Protectors-Prism-shaped/dp/B008NEOE48

If you haven't picked up Revelations yet, its the best bang for your buck via Amazon right now

I have core, dark city, GotG, PttR, SW 1/2, deadpool, Captain America, and Noir. I'm pretty sure after the F4 reprint and x-men, I will be full. All my cards are sleeved in ultra pro standards, dividers are printed on 100 llb carstock and sleeved in BCW penny sleeves, and my GotG shard tokens were replaced with these and kept in an ultra pro deckbox

A lot of people recommend sleeves that are a bit bigger than the card and I dont know why. I tried quite a few and hated them. Then I found KMC perfect fit, they are still cheap but fit the cards almost exact, barely tell they are there.
https://smile.amazon.com/KMC-pochettes-Barrier-Komainu-Dou-Original/dp/B00NU5F7U0/ref=sr_1_1?ie=UTF8&amp;amp;qid=1519142857&amp;amp;sr=8-1&amp;amp;keywords=kmc+perfect+fit

Many of the reviewers recommend them for Legendary.

I just bought 4 packs of these KMC Perfect Fit, 4000 sleeves (only 3000 needed but I want to be prepared), as soon as I realized they're the company that makes hypermat sleeves, it was an
instant buy httpsww.amazon.com/gp/aw/d/B00T3Z72Q8/

This is what my legendary storage solution looks like

This is what I used. If you want ALL expansions you will need another. Unless you put the cards in vertical. I bought used dividers off board game geek and printed them at office max. Beware. Sometimes OfficeMax doesn't let you print them. Go in in person. Or try a different day/store.


Get a shapie pen and can write our villain groups, henchmen, heroes, etc on the top of them and they work really well to separate cards

Play with what you have for a bit first, don't add in everything right away. I would stay away from penny protectors. My personal go to are https://www.amazon.com/gp/product/B00HOI5KSS/ref=oh_aui_detailpage_o02_s00?ie=UTF8&amp;amp;psc=1

Ever since I started sleeving with Overpower way back when, the penny sleeves kept splitting on me. I know, some people never have issues with them, but I kept having to re-sleeve over and over, so I switched to these.

They're a bit thicker, so take a bit more storage space, but I've found it to be worth it.

I have the Hobby Lobby box and store them horizontally. I wish I'd have done it vertically for the extra row. But I have all mine sleeved in BCW Matte sleeves (https://www.amazon.com/gp/product/B00NDANPZG/ref=oh_aui_search_detailpage?ie=UTF8&amp;amp;psc=1). I have the base, PtTR, F4, Dark City, GotG, SW1, SW2, CW, CA75, Noir. In my Hobby Lobby box I have all these heroes and the starter cards, sidekicks, recruits, bystanders, wounds, and I should have room for XMen and Deadpool. In my Civil War box I keep all the Villians, Henchmen, Masterminds, Schemes, Twists, Master Strikes, and Ambition cards. But I am concerned what I will do after this.

Use Camelcamelcamel to track the entire history of anything on Amazon's website as far as price goes. You can also set an alert to go out to you if the thing you want dips lower than your desired price.

Taking a glance at it, X-Mens lowest price was only 25, personally I wouldn't really waste my time waiting for something over saving $3.

As for Civil War, looks like a similar story with all time low at $27. If you really want them for less than that you're going to have to start exploring used copies on Amazon and eBay.

went with these for the outer: https://www.amazon.com/gp/product/B00HT93W3W/

and these for the inner: https://www.amazon.com/gp/product/B074Z2JP2Y/

blue isn't exact, but close enough. also not the best in the world, but fairly reasonable price-wise, especially when ordering in bulk, and does the trick.