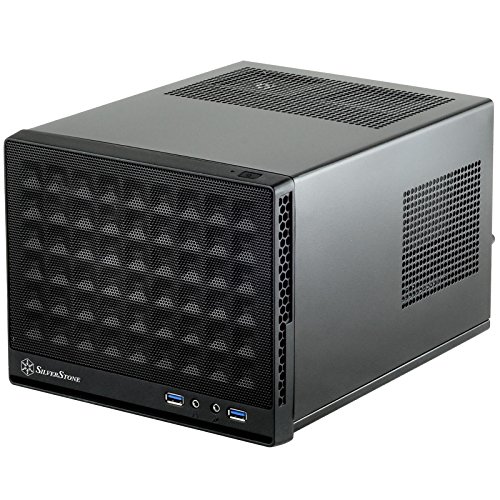 The really nice ATX cases can be that price as well. There’s the silverstone SG13-B for $60 and that evolv shift is only $100, or the Sloan LI tu150 that retails for $120. There’s always gonna be options at each end of the spectrum for cases in any size.

Edit: not trying to discount the point, but the only things that drive up the price of SFF builds that can’t be avoided are the PSU and the motherboard.

Amazon has it. prime too

/r/SFFPC has a google doc on their sidebar with the most popular cases. Though I don't think it's up to date for Fall 2019.

Take a look and see if you can filter yourself some cases within your required dimensions and pricing. Some of these cases get pretty expensive ($200+).

If you're looking for a temporary case, maybe take a look at the SG13 or other shoebox size enclosures. Their compact size makes it easier to carry around.

I'd advise looking into an alternative to the 660p SSDs. I was originally going to go with one for my build but they have shorter lifespans than a traditional NVMe drive. It's also not much faster than a SATA SSD, though it is easier to store than a SATA in a mITX case. It will probably last you long enough, but I'm a paranoid type and if you are too you should know that.

Also, I would suggest a different case! I also built a mITX modding beast and considered the Core 500, but decided not to out of thermal fears. If I may suggest the case I went with, I got the Silverstone SG13. Don't worry about the different versions on amazon, they're all identical as far as I can tell. But with this case I've gotten a killer machine with great thermals! I super recommenced it. Fitting an air cooler is real hard though. I gave up and went with liquid, but I think that the mesh front will ultimately be worth it.

Also seconding the Ryzen 3 idea. If I was building mine now, I'd have gone with Ryzen hands down.

Good luck with your build!