We found 96 Reddit comments discussing the best christian men issues books. We ranked the 36 resulting products by number of redditors who mentioned them. Here are the products ranked 21-40. You can also go back to the previous section.

21. Finishing Strong: Going the Distance for Your Family 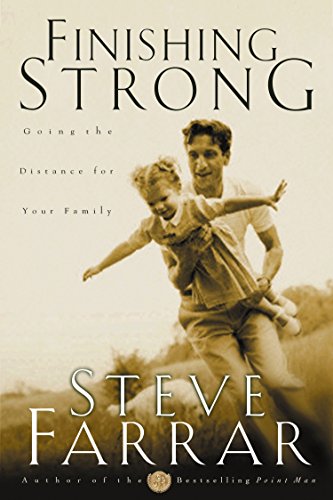 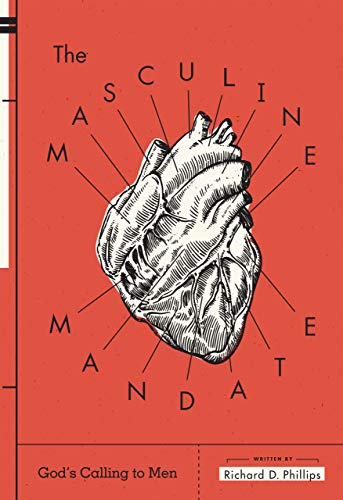 23. City of Death: Humanitarian Warriors in the Battle of Mosul 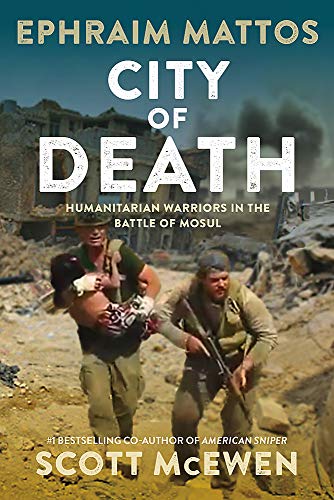 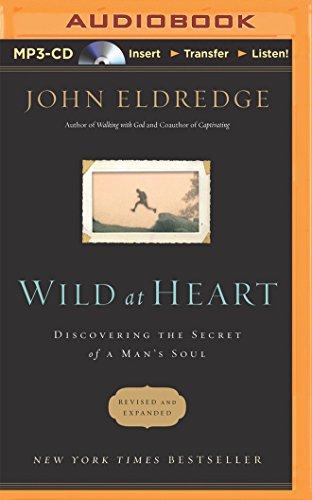 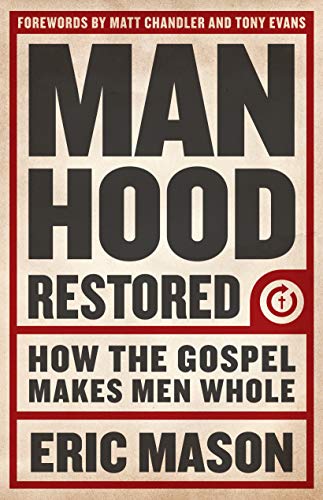 26. Disciplines of a Godly Young Man 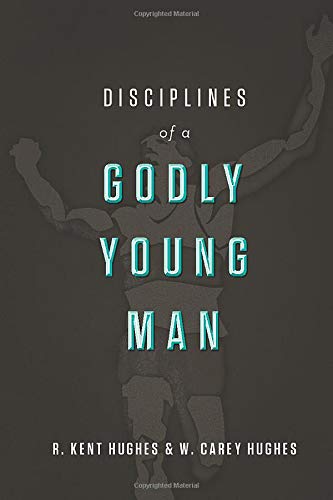 27. Straight Talk to Men: Timeless Principles for Leading Your Family 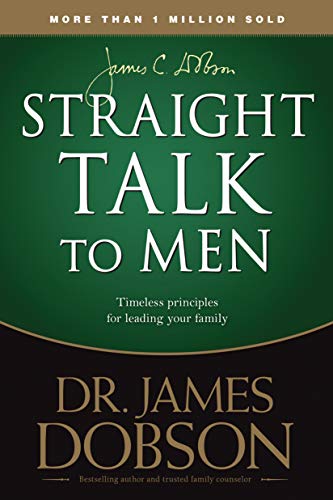 28. The Dude's Guide to Manhood: Finding True Manliness in a World of Counterfeits 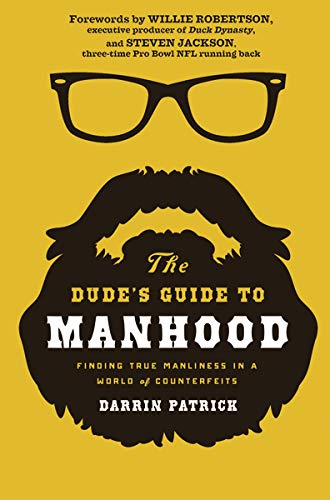 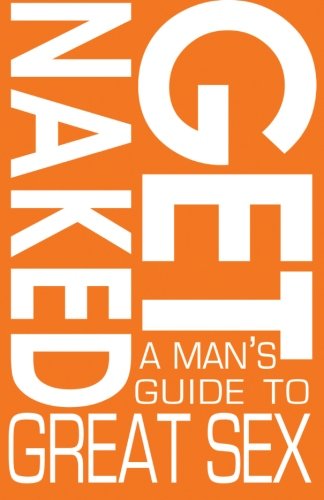 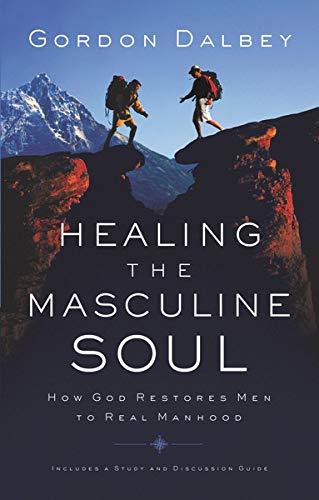 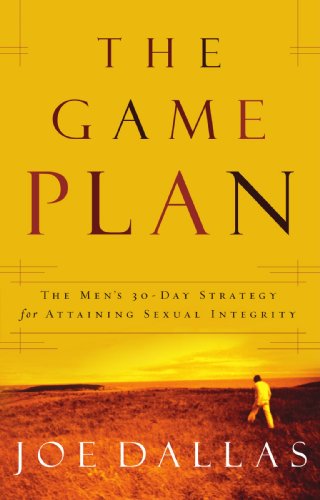 32. You Have What It Takes: What Every Father Needs to Know 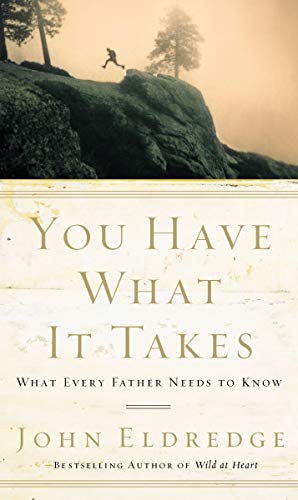 33. No More Christian Nice Guy: When Being Nice--Instead of Good--Hurts Men, Women, and Children 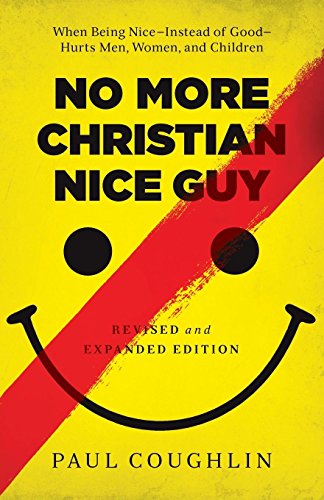 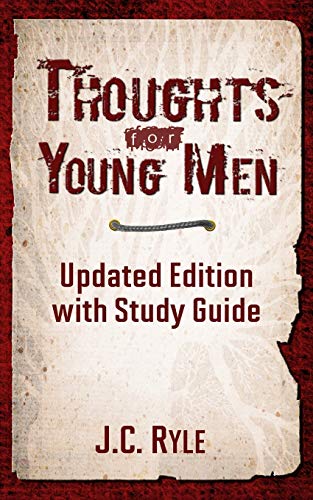 35. A Guide to Biblical Manhood 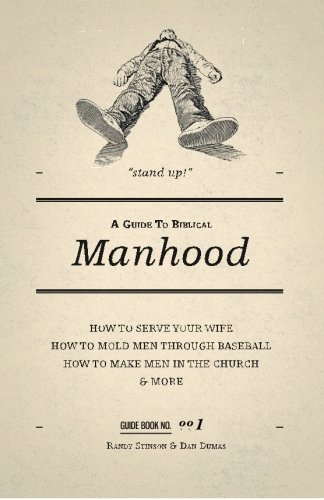 The role of a warrior is to kill the enemy on the battlefield. If Chief G did what is alleged in this article, he should be prosecuted. This, sadly, is not an isolated incident for the US military in the GWOT and there are reasons this is happening.

At Mighty Oaks we talk about why this is happening because we end up dealing with the aftermath of it. I like to frame this issue in terms of Mind-Body-Spirit balance as it explains a lot about the differences between us and the islamic enemy. Comparing these variables in the context of warfare is useful.

You might say, "So what?" Well, we are 17+ years into this conflict and despite our massive dominance in Mind/Body, we remain unable to defeat/demoralize this enemy and we have fought them to a stalemate at best.

Looking at the Spirit variable:

Willingness to kill: Our guys are willing to kill the enemy on the battlefield, but the enemy is willing to murder women and children, set people on fire, lop off heads, and throw gays off of buildings.
Willingness to die: Our guys are willing (in many instances) to sacrifice their lives to save their comrades, but the muj are willing to kill themselves only as a means of killing many of us.
Societal level support: US civilian support for the GWOT is a mile wide but an inch deep while muj are fighting for their actual homeland.
Spiritual warfare/religious motivation: US forces are largely completely ignorant of the spiritual aspects of war and there is no discernible religious motivation for our end of the conflict, but Spiritual Resilience is essentially the entire strategy of the muj and their leaders frame the conflict explicitly as a holy war.

What is the Spiritual aspect of war? When the decision to take a life or to offer one's own life is made, this is a Spiritual transaction. The Mind/Body are part of the execution, but in the final analysis, this decision is a Spiritual one due to the finality and gravity of the outcome. At the societal level (West vs Islam) there are a very different set of parameters in place that "govern" what is acceptable conduct in war. The West (like it or not) has its foundation in Judeo/Christian ideals in the sense that our laws and culture are heavily influenced by this construct which acts as a restraint on behavior, meanwhile, a muj can take a cell phone video of lopping off a dude's head and show it to their kids certain that they will be seen as a hero. Underlying all of our massive Mind/Body advantages, is a real Spiritual insecurity because our guys are left to wonder how it is that we have all of this firepower, training, and discipline and yet the enemy seems unintimidated by this and is seemingly willing to throw their lives away in the pursuit of killing us.

Add to that the barbarity and cruelty that the muj are more than willing to commit in pursuit of their goals and we have a situation where our guys become disgusted, hateful, and subsequently resort to vengeance at times as a reaction. This Spiritual "hole" our warriors have is often filled with affiliation to Vikings, Apaches (Red Team), Spartans, Centurions, etc. Whatever rudimentary understanding our guys have of these ancient warrior cultures (authentic or not), the historic brutality of these cultures is used by our warriors to gird them against the very obvious Spiritual advantage the enemy clearly has. And it makes our guys vulnerable to shit like what Chief G is accused of.

99% of the time, these instances of US forces crossing the line is known only to the individual or the members of the unit and is not reported. That's fine (Spiritually) while deployed or working in a military context with plenty of fellow warriors around, but it has profound consequences down the road when the warrior is no longer serving, isolated from comrades, and alone. We hear from our students all the time that, "If my family knew what I did over there, they'd think I was a monster." Setting aside the war crimes aspect of this, these warriors cannot ever speak of these things once they are out, and most never discuss them when they are in the service because they are violations of our deepest cultural norms (and also illegal). So these guys, who know they have done something unjustifiable, are left to simmer with this understanding and it causes a lot of problems in their lives. Substance abuse, domestic violence, divorce, bad financial decisions, separation from children, etc. are debilitating outflows from a real and seemingly unaddressable Spiritual crisis.

Returning to my initial statement, our warriors are taking the enemy's barbaric actions personally and it is tainting their motivation to do their job as killers on the battlefield. Killing the enemy does not have to be personal (although it is very difficult when brothers are lost in battle), and it is the lack of understanding regarding the Spiritual aspects of warfare that is responsible for this. I have gone on too long here already, but if you want to read an incredible work on this, go buy Ephraim Mattos' book City of Death about the Free Burma Rangers in the battle against ISIS in Mosul.

It sounds like you are going through a period of metanoia, a process of going over your history and figuring out where you made error. penitence. take heart, sir! you are doing good! this is a creative and positive act in itself.

The Good Doctor discussed this during an hourlong patreon interview which was posted here a while ago. I fail to find the post but here is the link to the file. The topic is discussed between the 10-20 minute mark, I think.

this process of metanoia is what Solzhenitsyn underwent while he had pleeennnty of time to think and reflect while in the slave camps. it's awful! you have discovered just how far from the kingdom of heaven you have strayed, just how far toward hell you have wandered, and now you must find your way back, and the path is right back through all the hell you've strayed into. it should be rough! that's the whole point! strengthen thy soul!

orient yourself toward the good! set your eyes on the ideal! speak the truth in love! embody the logos more and more every day!

Yeah, I hear you bro. The thing about marriage is that love is not an emotion, but an action. So, find some show that your wife likes watching and forget about work for the night or whatever, and just sit down with her and watch something.

I would love to see my wife involved in church, but that's her decision, not mine. Remember, we are to be priests of our household, but we are not to be the Holy Spirit of our wives.

I can't remember which one it is. I got the old school 70s print, one of the originals, plus I gave it to a friend to read.

I told my dad this when I was 18 and he was very awkward about it. I totally get the fear of talking to the man who raised you about something you are ashamed about. That's a massive step in getting better!


If I can offer a few ideas

I also recommend these two books

This is semi expensive but very very worth every penny

The title is supposed to bother you. I know the author and wrote this many years ago, but he is intense. Very very very sober and free.

This is the most powerful men's group I have ever seen (I relapsed but and back on the horse) and they will definitely help you. The most impressive group of men I have ever known.

I'm going to make a few bold statements. Take them or leave them.

(1) You have a shame-based identity. This is toxic to your whole view of yourself and life as a whole. It will also lead you to naturally seek "single-factor quick fixes" for your emotional aches.

(2) You are a textbook co-dependent. Take some online quizzes about this. See a therapist and work through your sense of self.

I think your dad recognizes that your girlfriend is playing an overwhelmingly prominant role in your emotional life, and that you are trying to "fill a void" in your heart that no girlfriend can ever fill.

I also recommend getting into a recovery group such as a "Men's Codependency Group" with a place like Celebrate Recovery. They probably have multiple chapters in your area, wherever you live.

(3) Consider taking an antidepressent such as sertralin. Your whole world can change in mere minutes or days.

(4) Consider therapeutic literature such as "Healing the Masculine Soul."

If you have theological objections to these, consider that scripture tells us to "be transformed by the renewing of your mind," meaning you need to learn to think in new ways).

You only get one life to live, and the implications of how you live it are permanent and irrevocable. Seize the day and become who you were intended to be.

Mate, if you can read this book. It will challenge you in a great way and I believe improve what sounds like a fairly firm faith.

I think I remember it being a fairly encouraging little read.

My favorite book to recommend is Wild at Heart. It is all about what drives men to do the things they do. For me it really gave me a good look at how I view my own masculinity and the ways I try and prove myself to others. It has really helped me understand my addiction and issues.

Prayers, lean on the Lord!

This book is religious (not my thing), but it was given to me as I didn't have a dad during my teen years. I found the concepts really helpful.

You Have What It Takes

'Finishing Strong: Going the Distance for Your Family' by Steve Farrar

I read it because of a mens church small group I was in. It's the only non-fiction book I've ever given to my friends to read.

The answer you seek can be found (but not limited to)here, here, and here.