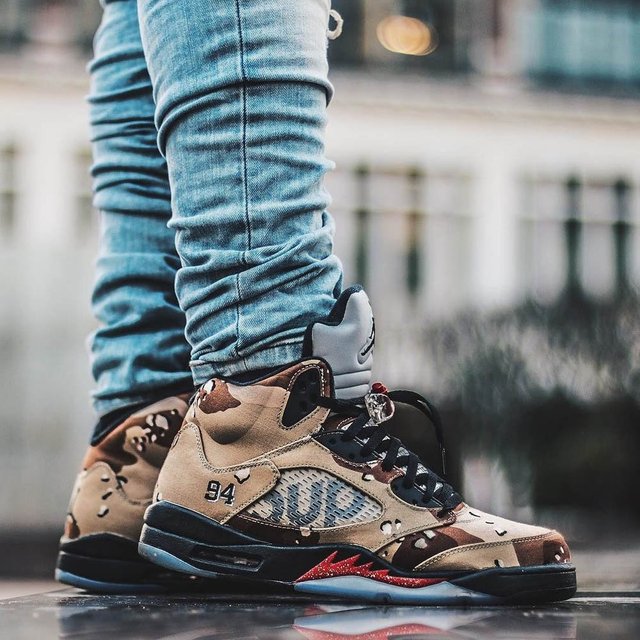 Without a doubt the biggest, most hyped, and now most sought after collaboration sneaker release of 2015, New York’s Supreme joined forces with Jordan Brand for the monumental release of the Air Jordan 5.
The boldest of the three colorways released, this version features a desert camo upper with Supreme detailing.