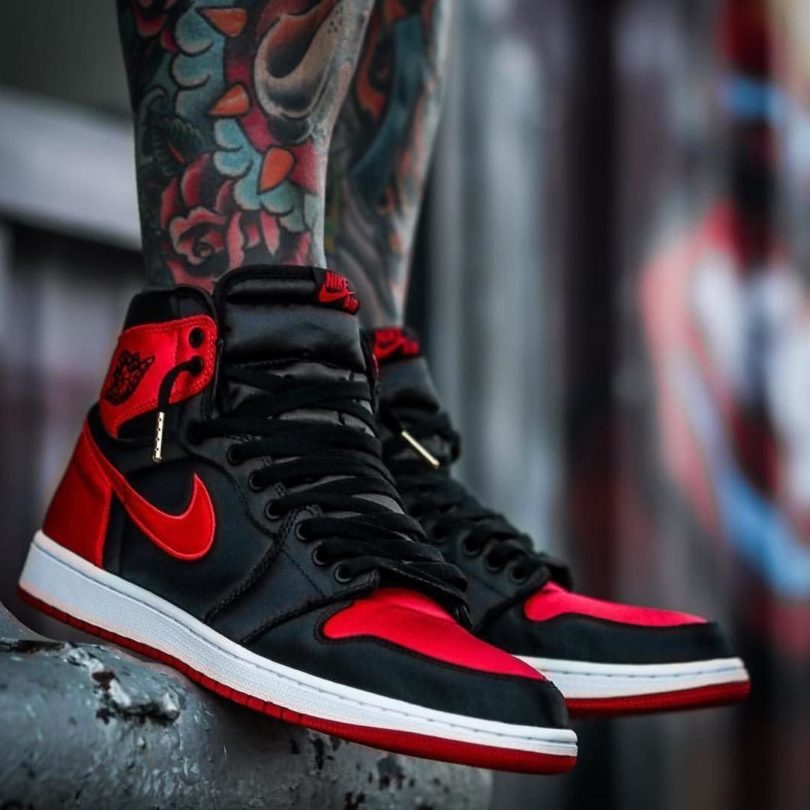 Thirty-two years ago on October 18th, the NBA banned Michael Jordan’s black and red Air Jordan 1 for violating uniform code. It’s the one that started the frenzy we’ve become addicted to decades later. Inside the black and red themed space a surprise awaited sneaker fans. Sitting on the shelves was an extremely exclusive Air Jordan 1 Satin “Banned” limited to only 501 pairs worldwide. This new iteration of the infamous sneakers features satin throughout the entire upper, Nike Air on the tongue, stitched Wing logos, and a quilted leather in-sole. Additionally, Jordan Brand brought back the OG Flight Suit MJ wore for his iconic Jumpman photo.