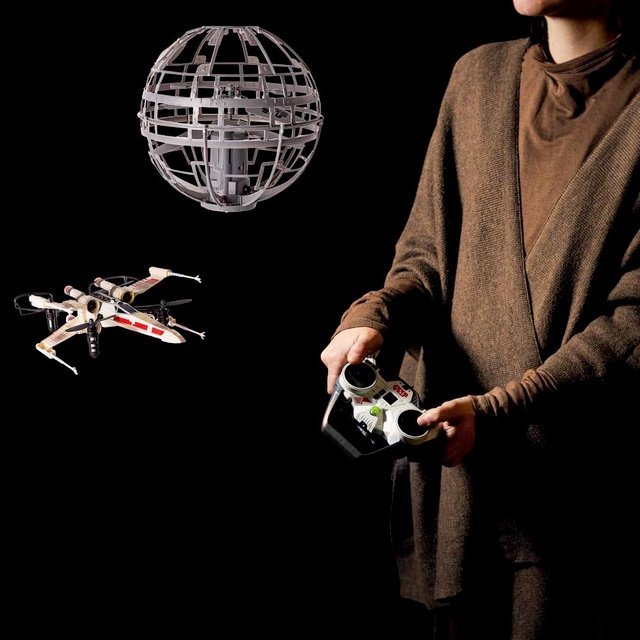 Join the Rebel Alliance and take control of the X-wing Drone as you take on the Empire! The Star Wars X-wing vs. Death Star, Rebel Assault from Air Hogs makes you the pilot of the RC X-wing Drone and as you battle against an auto-hovering Death Star. Hit the Death Star with 3 infrared bursts to defeat it before it can shoot you down with its own IR weapon system.

An integrated heads up display and battle responsive lights and sounds keep track of all the action. The Rebel Assault includes a gyro-stabilised X-wing drone with 200 foot range, plus a Death Star that automatically hovers and shoots. Recreate one of the most epic Star Wars battle scenes at home with the Air Hogs Star Wars X-wing vs. Death Star, Rebel Assault.