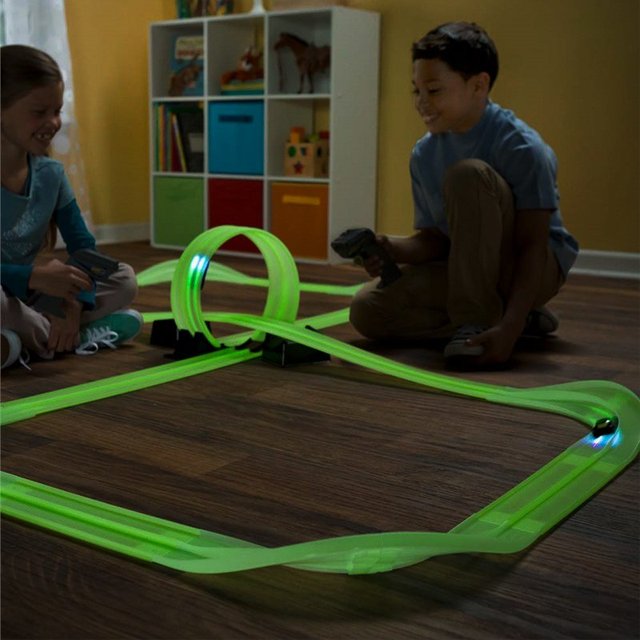 Max Traxxx brings you the coolest racing experience ever with Tracer Racers High Speed Remote Control Racing!
Tracer Racer racing cars feature undercarriage lights that not only make these cars look almost like they are hovering rather than rolling – the lights also leave glowing streaks in their wake showing how the racers are “burning” up the track!

Remote controlled racers can be driven at variable speeds with a top to-scale speed of 500 miles per hour and recharge by being plugged into the battery-powered control
Winner of Oppenheim Toy Portfolio Best Toy Award Platinum Seal and Creative Child Magazine Top Toy of the Year Award
Infinity Track Set shown here includes 46 ft of glow in the dark track including six corner pieces, one loop module and two R/C race cars