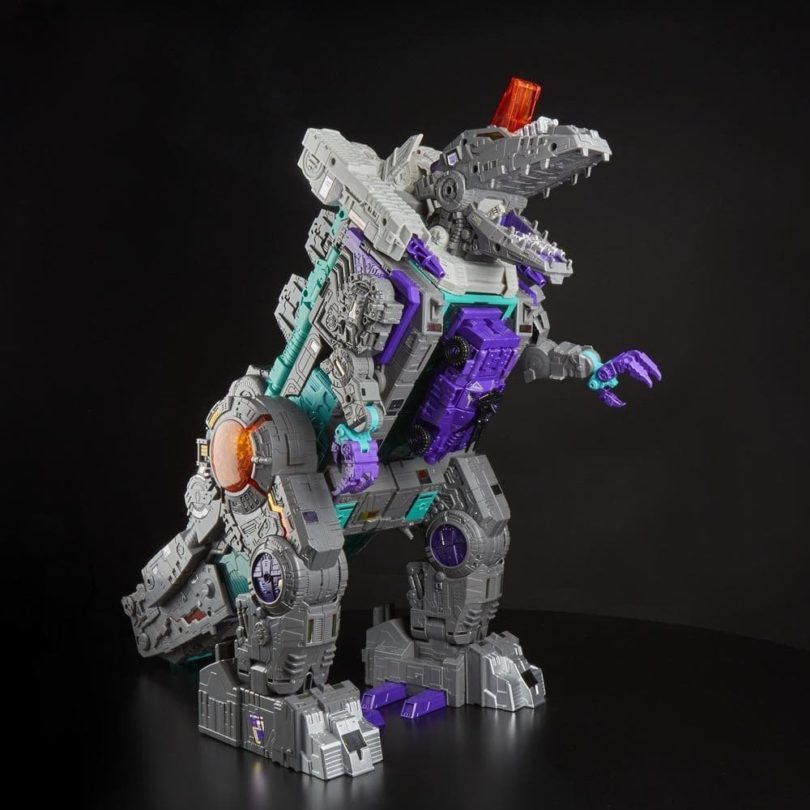 Metroplex’s nemesis has arrived! The big Decepticon is here, and this titanic T-rex can change shape into a space ship or a Decepticon city. The ultimate Decepticon weapon joins the Titans Return battle as this Transformers Generations Titans Return Trypticon Figure, the largest Titan Class Trypticon figure in the 2017 Titans Return universe. Trypticon will destroy everything and devour everyone in his path! Ages 8 and up.